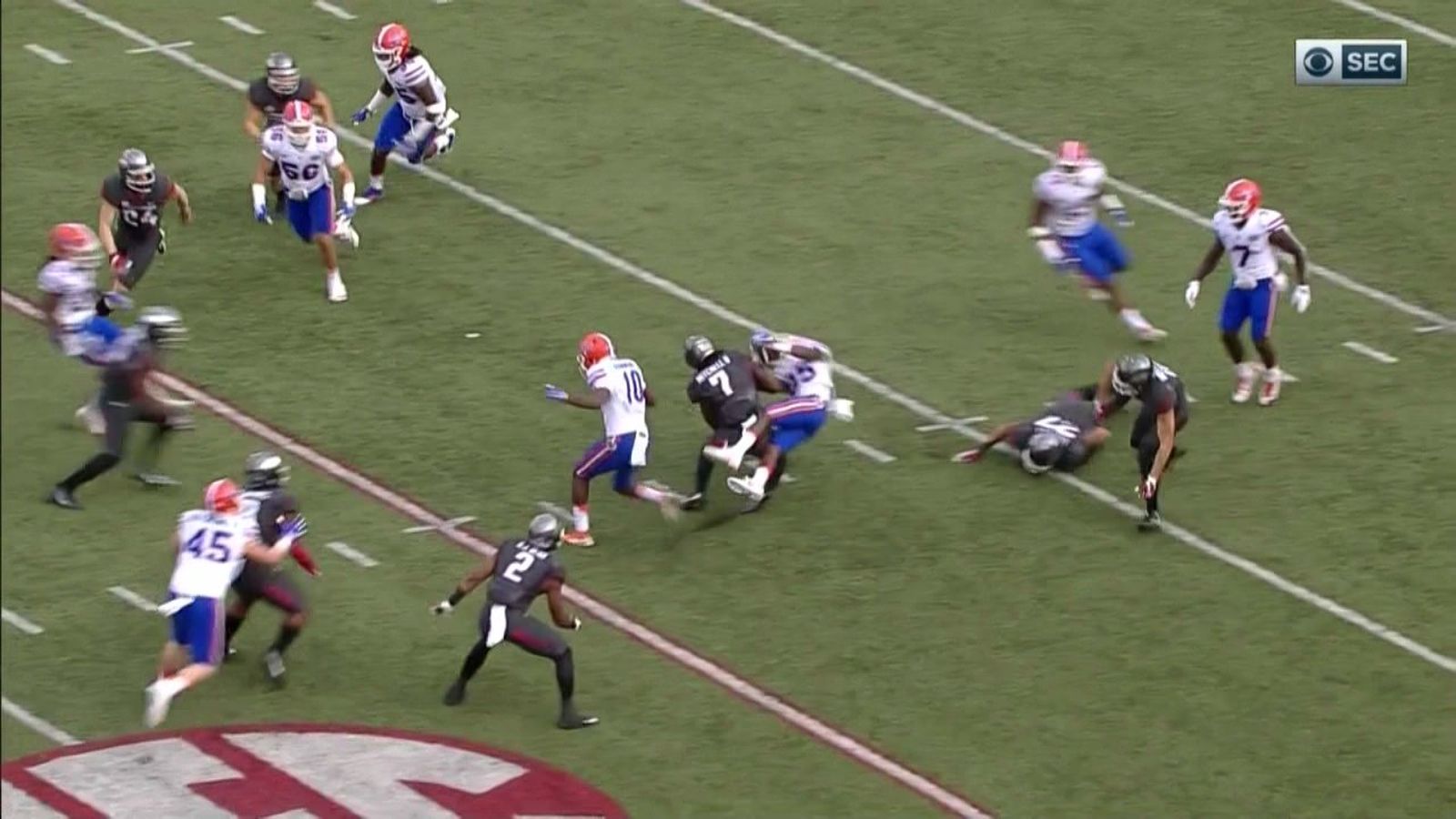 Since TSK "forgot" that Arkansas won, I am here to pick up the slack...

Arkansas dominated the 11th-ranked Gators 31-10 on a sunny day in Fayetteville, AR between 2:30 PM CDT and 6 PM CDT. Since none of the TSK staffers knew this, which I understand because Tennessee-Tennessee Tech was on, I am here to tell you about how bad Arkansas beat Florida.

I know, that of course since Arkansas won, there will be excuses left and right...

Yeah, that has happened for every Razorback win this year, so 6 times? Okay. It's NovemBERT and like it or not, the Hogs usually play well in the month of NovemBERT. The Gators came into this game 6-1 and in prime position for the SEC East Championship game. So don't say that Florida didn't come with anything to play for.

A lot of people must have made the Razorbacks pissed off this week, because the Hogs allowed 12...12...12 rushing...rushing...rushing YARDS to Florida. Arkansas SCORED more points than the Gators rushed for. And don't be fooled by Pick Rio's passing numbers. The majority of that came on the last garbage drive of the game.

What did we learn from this game?

That you don't disrespect Arkansas in NovemBERT. LSU is LOOKING like a tough matchup for the Hogs, but consider who LSU played this weekend. And then look at the past 2 years. And then look at where it is being played. There could be a buzz saw churning in Fayetteville right now, and the Tigers may be running at that buzz saw for the 3rd straight year.

Arkansas is now 6-3 (2-3 SEC). Arkansas has beaten 3-AP Top 15 teams (yes you count the rankings at the time you played a team...), and has played perhaps the toughest schedule in the entire country. Consider the fact that LSU has beaten 1 AP Top 25 opponent this season. Call me back with who you think is the more impressive 5-3/6-3. Arkansas may lose to LSU. Heck I think that game is a toss-up. But, one thing is clear....NovemBERT is upon us...