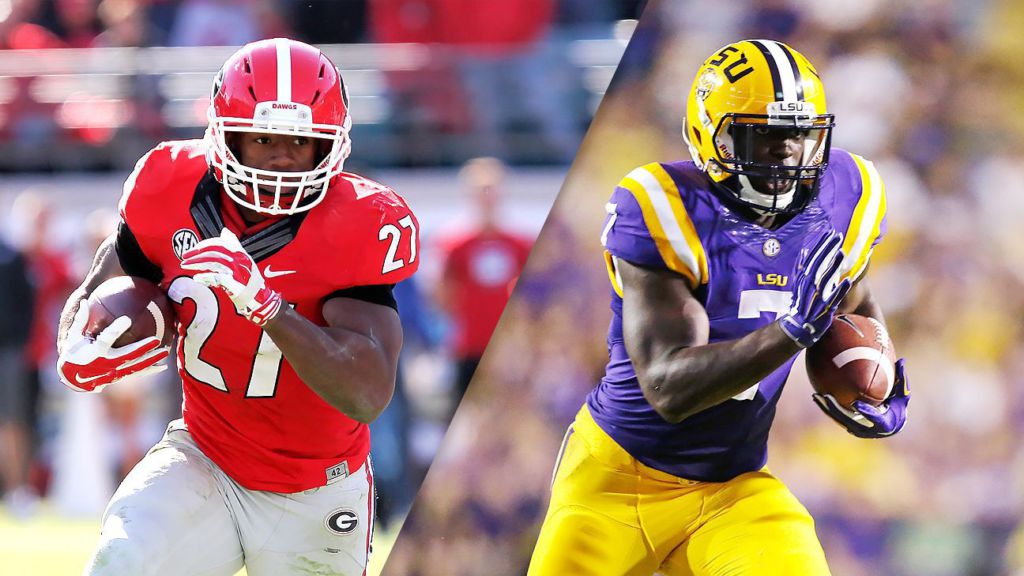 At the start of every college football season, experts, analyst, and fans all love to predict two things: Who the National Champion will be, and who will when the Heisman Trophy. Well, now that college football has implemented the College Football Playoff the debate over who will be crowned National Champion has been somewhat solved, considering that four teams now have an actual shot. That being said, the winner of the Heisman is still a topic that everyone loves to discuss.

The Heisman Trophy is awarded every year to college football's most outstanding player, which is voted on by a select group of the media and past Heisman winners. In its history, the trophy has been taken home by an SEC player 13 times since it began back in 1936. In recent years the SEC has claimed the trophy much more frequently, winning four different times since 2007. After a quick start by a handful of player in the SEC don't be surprised if this season sees yet another SEC player take home the coveted hardware.

Let's take a look at the list of players that have a shot at taking home this year's Heisman Trophy.

Chubb played backup to first-round draft pick Todd Gurley last year, but showed that he could be equally as dangerous in the future. Now Chubb leads the Georgia Bulldogs' backfield and has not disappointed so far this season. In just two games the sophomore has put up 309 yards and two touchdowns on 35 carries. Chubb has yet to face one of the elite SEC defenses, so we still have yet to see if he will be able to keep his 8.8 yards per carry average against someone a little stronger than the Vanderbilt Commodores defense. Regardless, Chubb will definitely be in the conversation at the end of the season, and could be the first Georgia back to take home this trophy since Herschel Walker in 1982.

Much like Chubb, Henry was forced to share time with an early round NFL draft pick in T.J. Yeldon last season. However, the junior running back is now getting the bulk of the carries for the Crimson Tide, and has not disappointed yet. In the team's first two games Henry sent a statement by amassing 243 yards and a nation leading six touchdowns on 31 carries. The majority of his yards came in an impressive showing where he ran for 147 yards and 3 touchdowns in just 13 carries against a talented Wisconsin Badgers. That game shows that Henry's numbers aren't just a fluke, but playing in the SEC West means that Henry will face some of the toughest defenses in the country. If he has some big games against these teams then we just might see another Alabama Crimson Tide back take home the trophy.

Fournette burst onto the scene as a freshamn for the LSU Tigers last season, and everyone could see that he was going to be something special. Well, if you saw his first game against the Mississippi St. Bulldogs then you could see that everyone was right. It's true that the Bulldogs lost quite a bit of talent on defense from last season, but Fournette's 159 yards and three touchdowns on 28 carries is a tough accomplishment no matter what team you're playing. The cancelled week one matchup against Mcneese State may hurt Fournette's totals, but, much like Derrick Henry, the young back will still have the opportunity to put up many big games against the talented SEC West.

Last year we saw Mississippi State go from a mediocre SEC team to one of the nation's powers, but the Bulldogs reign appears to have been short lived. However, one thing that still remains from that State team is quarterback Dak Prescott. The signal caller emerged as one of college football's most talented offensive players, and on a Bulldogs team with fewer weapons than before, we should see Prescott carry the bulk of the offensive load. Already he has put up 625 total yards and five touchdowns in two games. His winning would be a long shot, simply due to the fact that the Bulldogs are likely to lose a few games this season. That being said, he will have plenty of chances to impress voters this year against the tough SEC defenses.

Here is a name that is likely familiar to Clemson fans. After leaving the Clemson Tigers, Chad Kelly has taken over a dangerous Ole Miss Rebels offense and led them to 149 points. Kelly has put up 603 total yards and eight touchdowns in the Rebels' two blowout victories. While Kelly has started to make a name for himself at the helm of Ole Miss, he has yet to prove his skills against a proven defense. Well, he won't have to wait too long, because the Rebels head to Tuscaloosa to take on Alabama this week. If Kelly continues his impressive numbers in this Saturday's game then his Hiesman campaign will officially take off.