SEC play kicks off with an Eastern Division match-up

Share All sharing options for: Georgia Bulldogs vs. Vanderbilt Commodores: Start time, TV coverage, How to Watch Online, and More

Realistically, few people are probably expecting this game to be much of a contest, but the opening SEC contest for both teams offers an opportunity to show early season mettle. 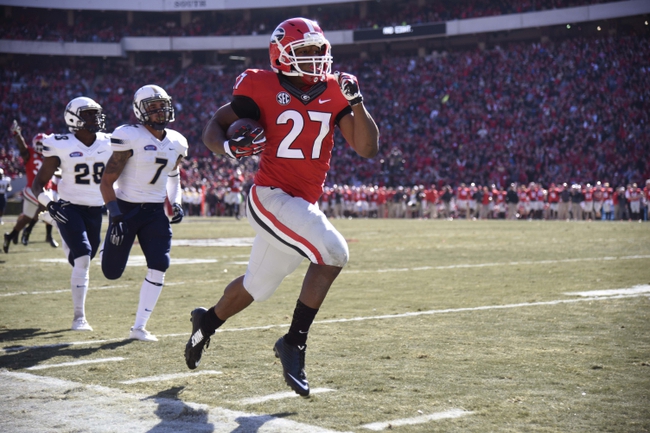 For the host Commodores, last Thursday's loss to Western Kentucky had to be one of frustration. Vanderbilt had a chance to tie the game late, but could have been out in front with a just a few bounces in their favor. The Commodores moved the ball, but bogged down inside the red zone with all five red zone opportunities passing the 10 yard line, but resulting in only ten points with two interceptions in the end zone and a missed field goal.

For Georgia, their lightning-shortened game against Louisiana Monroe offered a tune up, but not much of a challenge. New starting quarterback Greyson Lambert was efficient, but he was not forced to make difficult throws to make the offense click. As with most recent Georgia teams, the running game will be the straw that stirs the drink, but time will tell if Lambert is more Joe Cox or Hutson Mason.

1CBS?. Yep, this is the featured CBS SEC Game of the Week. Why, you ask? If you remember, CBS traditionally has not shown any SEC games the first two weeks of the season as they have had US Open tennis to cover and Tennessee-Florida has generally been the embarkment point for Gary and Verne. This year, CBS lost the contract for the US Open, but since ESPN held the rights to all home games involving SEC teams for those first two weeks of the season, CBS was forced to subcontract games from ESPN to show SEC games. This resulted in a scenario where CBS ended up with one of the marquee games of the week last week with Auburn-Louisville, but arguably the fourth choice game this week. The game marks only the third CBS game to be aired from Nashville, with the last being the 2013 matchup against Georgia.

2Georgia's Running Game vs. Vanderbilt's Defensive Front The Bulldogs have been expected to rely on their stable of running backs including Nick Chubb, Sony Michel, Keith Marshall and Brendan Douglas to allow Lambert to settle in to the Georgia offense. Vanderbilt held Western Kentucky to 37 rushing yards last week (the Hilltoppers averaged 160 ypg rushing in 2014) and the defensive front led by Caleb Azubike could emerge to be one of the sneaky good lines in the SEC. If Georgia can control the line of scrimmage and establish the run game early and often, this could be a long afternoon for the Commodores, but success for Vanderbilt could show a significant turnaround with Derek Mason taking over defensive coordinator duties.

3McCrary's Opportunity. Johnny McCrary's numbers from last week were not fantastic. A 18/34 performance with the two red zone interceptions and 217 yards is a bit deceiving as McCrary did move the ball somewhat effectively between the 20s as he also added on 66 rushing yards. Regardless, the opening game was enough for the "OR" conjunction to be removed from this week's depth chart presented by the Commodores. McCrary did struggle with checking down past his primary read last week, but Georgia's youth and question marks at cornerback could offer an opportunity for him to gain some confidence. With sophomores Aaron Davis (former walk-on) and Malkom Parrish along with true freshman Rico McGraw at corner for the Bulldogs, there are potential question marks if McCrary can take advantage.

4Strength vs. Weakness. While I've just talked up McCrary's opportunity against Georgia's defense, the Vanderbilt passing game also offers one of the bigger mismatches in this game as Jordan Jenkins, Leonard Floyd and Lorenzo Carter were all on the coaches' preseason All-SEC teams while Vanderbilt lost Andrew Jelks, their projected left tackle, for the season during fall camp. The aforementioned trio of linebackers combined for 25 tackles for loss and 15.5 sacks in 2014. If they can get to and rattle McCrary early while keeping running back Ralph Webb in check, it would spell a long day for the Vanderbilt offense.

5Shifting Towards Georgia? Per oddsshark.com, the line for this game opened with Georgia as a 17 point favorite, but (as of Thursday evening) the line has grown to -21 or -21.5 depending on the book while the over/under has dropped from 56 to 50. If the Vegas trends tell us anything about the game, it is that in Vanderbilt's last seven games, the under has been hit in five of those games. Is that in part due to the struggles of Vanderbilt's offense compared to Vegas' expectations or the defense overachieving in those regards? Either way, I would tend to agree with the under but Georgia failing to cover. 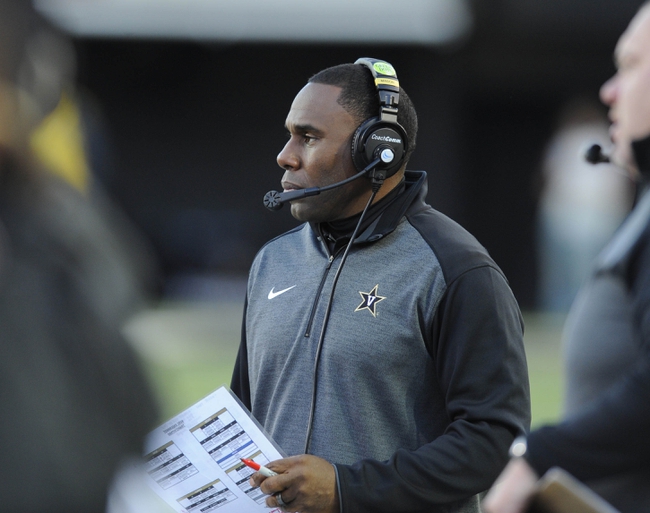 Georgia establishes the running game early and both Chubb and another back go over 100 rushing yards for the Bulldogs. Vanderbilt continues to move the ball somewhat effectively, but again struggles converting drives into points. Georgia 31, Vanderbilt 17