Both teams are looking to get SEC West play off with a bang.

You don't know who is going to win the SEC West. I certainly don't either. It's one of the season's most compelling questions, and Saturday night in Starkville, we'll get the first piece of the puzzle to fall into place. 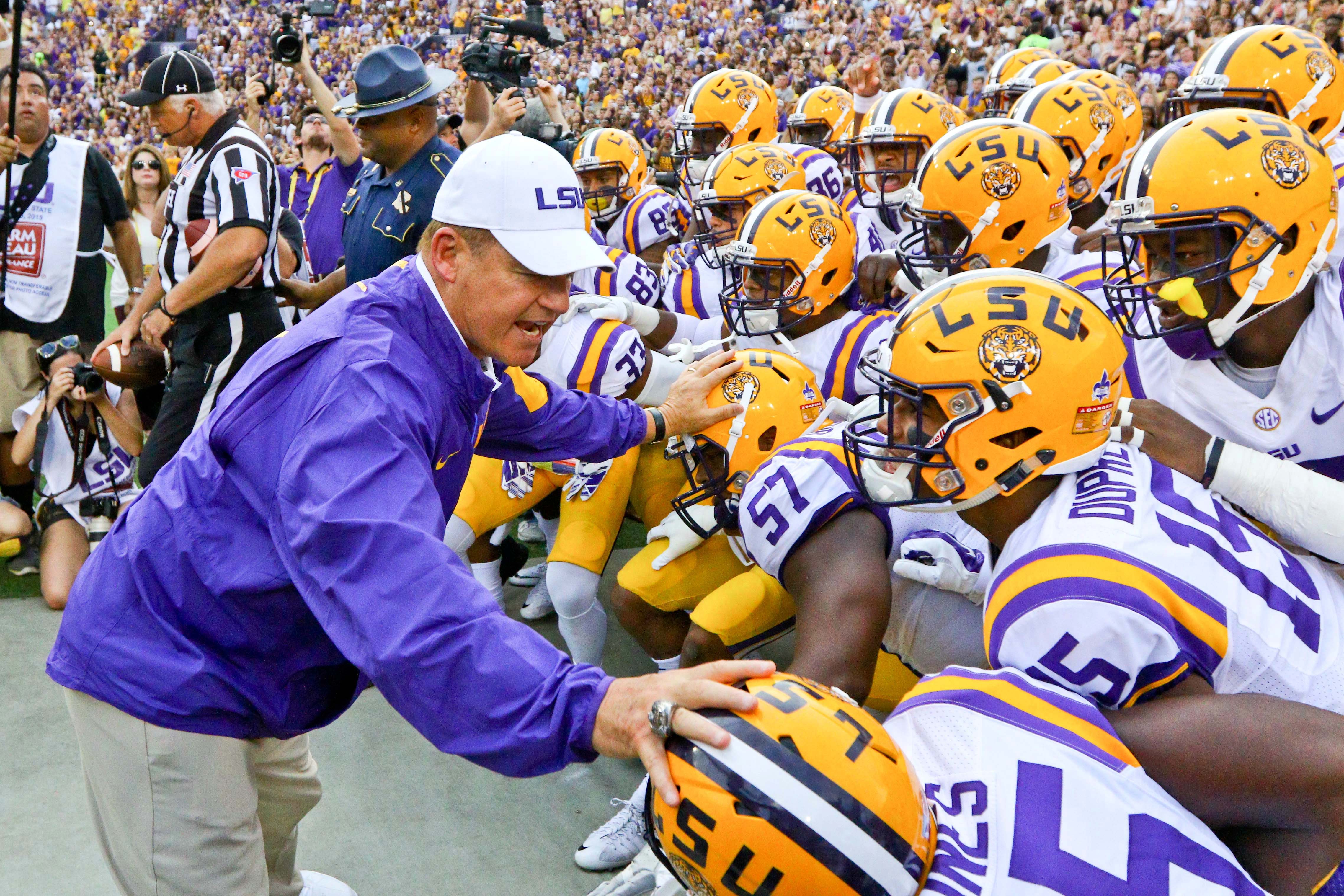 Mississippi State is looking to notch its fifth win against LSU in the past 30 years. Should the Bulldogs get the victory, this will be the first time since 1990-91 that they'll have beaten the Tigers in consecutive seasons. MSU has always had a big problem with LSU, so winning this game will mean more than simply getting a valuable division win.

The Tigers should be raring to go after lightning canceled football Christmas a week ago. They'll have a little extra rest from that, I guess, but perhaps a little extra rust too. There's not a ton that LSU would have learned about itself against McNeese State, but getting those first game jitters out would have been nice. Oh well.

1New DCs. Both teams have new defensive coordinators, with both teams having lost their old ones to other SEC programs. Manny Díaz came into Starkville to replace Geoff Collins, while Kevin Steele came to Baton Rouge from Alabama to take over for John Chavis. I'm not sure we learned a lot about the new Bulldog defense against Southern Miss, and we certainly learned nothing about the new Tiger defense last week. This game is the first big showcase for both new coordinators.

2Brandon Harris vs. the Cowbells The new LSU starter played well in relief of Anthony Jennings in last year's loss to MSU, but in his only start against stiff competition, he went 3/14 for 58 yards before getting yanked in the third quarter against Auburn. It's going to be a raucous environment there amongst the cowbells, which is why it would've been great for him to work out any nerves at home a week ago. Davis-Wade Stadium may not match the sheer size and intimidation factor of Bryant-Denny or Neyland, but it can still mess a guy up with its noise.

3Mr. Do It All. The opener saw Dak Prescott stuffing the stat sheet with 237 passing yards on 38 attempts while leading the team with 77 yards on seven carries (his eighth credited carry was a sack for a loss of five yards). It's a heavy load, though some of the runs were scrambles on called pass plays, and he'll probably carry another heavy load against the Tigers. He'll need to be more efficient in the pass game, as he only completed 58% against the Golden Eagles for a mere 6.2 yards per attempt. Ashton Shumpert did have eight carries to Prescott's seven, but Dan Mullen, like his mentor Urban Meyer, is not afraid to have the quarterback do a plurality of the running in the big games.

4Buga Nights. The LSU running back position has been a platoon more often than not under Les Miles, and last year was no different with three different guys getting 90 or more carries. This year, while Darrel Williams will get his share, is all about Leonard Fournette. He's the best player on the offense, and he's the safety net while Harris gets settled in behind center. Mississippi State was OK but not great against the run last week, and this week is a huge step up. The game easily could be decided based on how effectively—or not—MSU is able to handle Fournette.

5Grasping for a win. The SEC West has never looked this competitive, which means the stakes are high on each and every game within the division. This matchup sets the tone for the season and lets us know if LSU is going to be a true contender or not. If the Tigers drop this one, it's difficult to see them getting through their other five West games with few enough losses to contend for Atlanta. Mississippi State, meanwhile, is out to prove that everyone picking the team last in its half of the league was wrong. Getting the W over the Tigers would be an excellent start to not just avoiding the cellar but getting well above it.

Kendell Beckwith, LB, LSU: The middle linebacker has become one of the undisputed leaders on the team, and he'll be needed in stopping the run this weekend. Mullen's spread is a power running type, so he will be called upon to take on Prescott, Shumpert, and Brandon Holloway. There is speed and experience in the linebacking corps, but it revolves around Beckwith.

Brandon Holloway, RB, Mississippi State: The quick junior is listed at 5'8" 180lbs, which definitely makes him the changeup back when put next to the hulking Prescott and Shumpert. He is a threat to break off a long run when coming out of the backfield, but he also can change the game in special teams. He registered a 100-yard kickoff return for a touchdown a week ago, so LSU will have to be careful that he doesn't do it again.

Travin Dural, WR, LSU: He was last year's go-to guy, with his 37 catches being more than twice the next highest total. He did it while averaging a mere 2.2 yards per catch fewer than the low volume, high explosiveness output of teammate Malachi Dupre. When Harris is dropping back, he's probably going to be looking to Dural more than anyone else. Dural needs to have a big game to avenge last year's loss.

The Tigers are supposedly going to run a more simplified version of the offense, something that should help out the young Harris get his footing. LSU will control the clock with Fournette, while Prescott will make at least one bad mistake with the excellent Tiger secondary snaring an interception. LSU gets its revenge, barely, and escapes with a big win. LSU 32, Mississippi State 29