These teams have played each other closely of late.

The Florida Gators sewed up the SEC East title last week, but their final conference game comes this week against the South Carolina Gamecocks. The Gators have been winning primarily with defense, as the offense hasn't been able to find consistency no matter who is behind center. Carolina has fought hard for Shawn Elliott, picking up an SEC win against Vanderbilt and nearly knocking off Texas A&M and Tennessee. 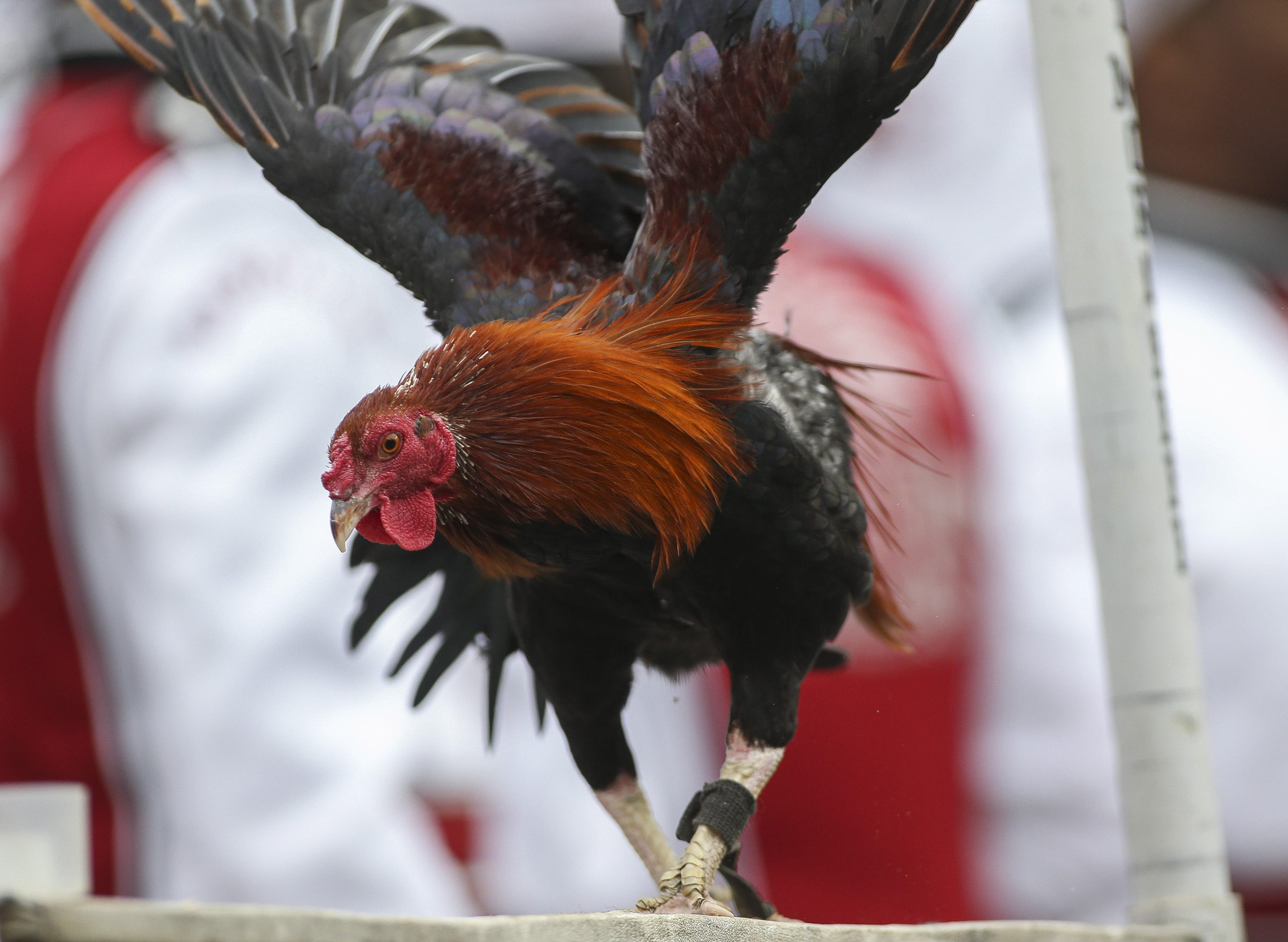 1A close series. Three of the last four games in this matchup have been single-score games, and all three of those squeakers went the Gamecocks' way: 17-12 in 2011, 19-14 in 2013, and 23-20 in 2014. Only the bizarre, turnover-fueled 44-11 result in 2012 went towards the Gators. UF has lost two straight and three of five in Columbia, starting with Steve Spurrier's surprise win there in his first season in 2005. Another one-score outcome could be on the way.

2Running up yards. Appropriately enough for a team run by an offensive line coach—and one using a former walk on at quarterback—South Carolina has leaned on its rushing attack in recent weeks. Carolina's run game is actually more explosive than efficient, and that could come up big against the Gators. Florida stuffs the run on a down-by-down basis, but is 96th in the IsoPPP metric of stopping big run plays. Add in the fact that the Gators' big run stopper Jonathan Bullard is "highly questionable", and you might see some big runs from the home team.

3Pick your poison. South Carolina has used a combination of Perry Orth and Lorenzo Nuñez at quarterback since Week 1 starter Connor Mitch went down. Neither has been great at taking care of the ball, with Orth having an interception percentage (INTs divided by attempts) of 3.6% and Nuñez having one of 5.9%. Oath's 3.6% is basically the same as Carolina's overall pick percentage, and it sits at 11th in the conference. Of course, Nuñez hasn't thrown a pass since Steve Spurrier stepped down, but he might have to if Orth gets banged up. Either way, someone who isn't that great at avoiding interceptions will be throwing against Florida's great pass defense.

4Looking Sharpe-er. There's no way to sugarcoat this: Florida's offensive line was horrible last week against Vanderbilt. The Commodores have a good defense, but the UF line play was just plain bad. A major reason why was LT David Sharpe being limited by a foot injury. He didn't play at all in the first half, and though he went in the second, things didn't get much better. Well, Sharpe's foot is doing better according to the coaches, so perhaps having its rock back to normal at left tackle will help the Gator line have a better game this week.

5Sack situations. On passing downs, Florida's been magnificent at getting sacks. The Gator defense rates seventh nationally in sack rate when the opposing offense probably needs to pass. As for the Gamecock offense? It's just 74th nationally in sack rate allowed in those same situations. Again, Bullard being out may affect things in this respect a bit. Alex McCalister leads the Gators in sacks, though, and he'll be ready to go. Stay woke on third and long.

Brandon Wilds, RB, South Carolina: Wilds has been a big part of the offense in the year when he's been the man toting the rock. He went over 100 yards against both Vandy and Texas A&M, and he squeezed out four yards a pop against Tennessee. As I mentioned above, getting big plays out of the run game is attainable for Carolina, and if it does, it will probably be Wilds doing it. 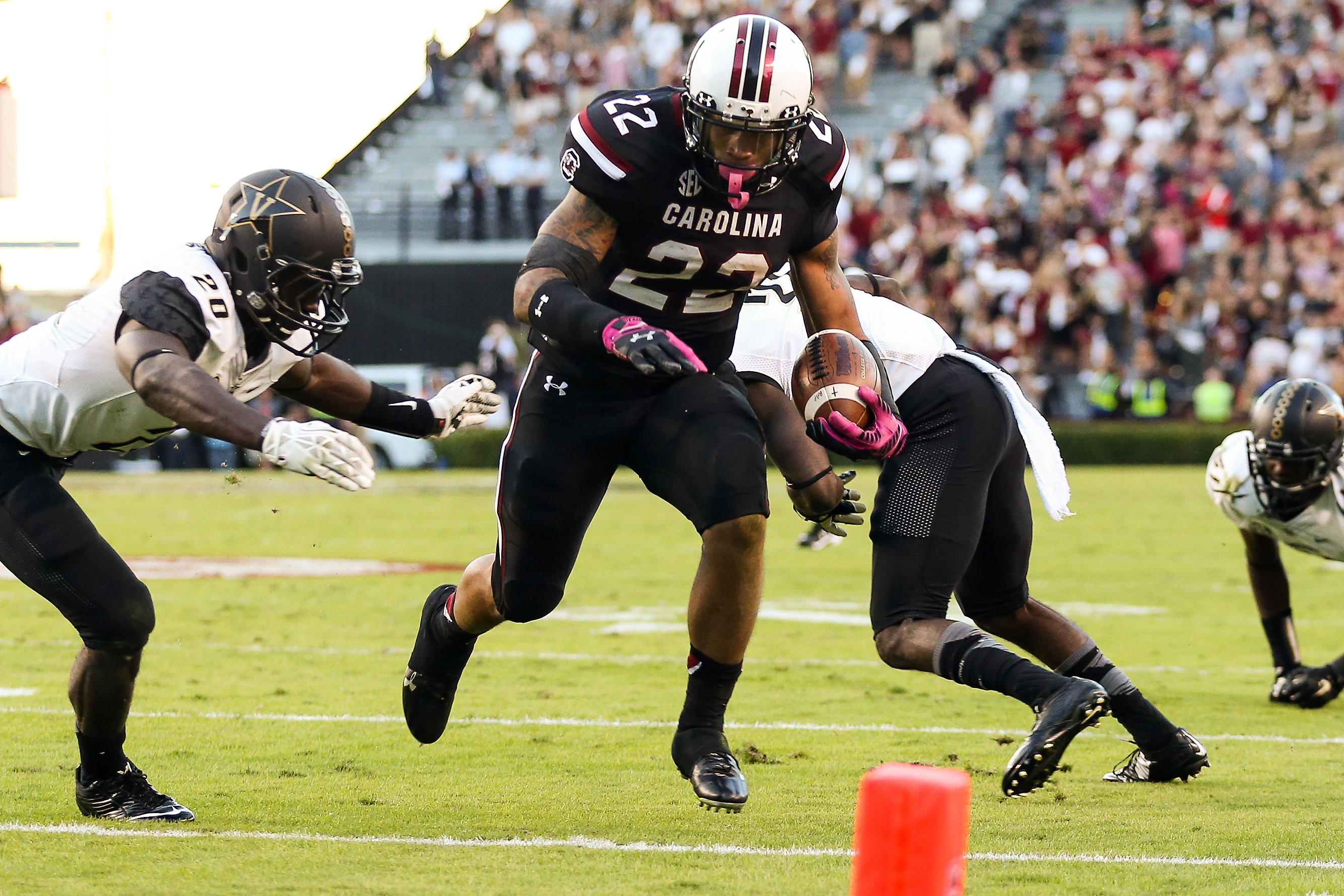 Treon Harris, QB, Florida: Harris hasn't looked completely comfortable in Jim McElwain's offense, but he might have a chance to shine this week. Kyler Murray's ability to show run and pass led him to torch South Carolina's defense two weeks ago, and while Harris isn't as fast as Murray is, he's nearly as elusive. His ability to do more than one thing could give Florida's offense the spark it needs.

Darius English and Marquavius Lewis, DE, South Carolina: Between a makeshift line and a pair of quarterbacks who lack pocket awareness, Florida has been abysmal at avoiding sacks. Enter English and Lewis, who combine for 6.5 sacks on the year. That's not that much less than the entire rest of the team combined (9.5). The Gamecocks don't get a ton of sacks, but they'll have some chances to do so this week. Watch for them coming off of the edges.

Florida jumps out to an early lead, but South Carolina hangs tough and pulls to about even by halftime. The teams slug it out through the third quarter until a late score off of a turnover propels the Gators to the win. Florida 21, South Carolina 17