Who Wins the SEC East and the SEC West? Where Are SEC Teams Going Bowling?

Plus: Tell us which SEC teams can knock off their ACC opponents and which conference squad has been the most confusing this season

Share All sharing options for: Who Wins the SEC East and the SEC West? Where Are SEC Teams Going Bowling?

Who wins the SEC West? This can really be divided into two questions: Do you see Auburn knocking off Alabama this year? And if so, do you see Mississippi State beating Ole Miss? The Egg Bowl plays out first, and if the Bulldogs can win the oblong trophy in that one, the pressure will be on Alabama -- and we all know how Nick Saban usually responds to pressure. If Ole Miss wins the Egg Bowl, the Iron Bowl becomes a formality; win or lose, the Tide will play in the SEC Championship Game. (Of course, Bama doesn't want to dent its college football playoff resume.) So, who will represent the division when the smoke clears? 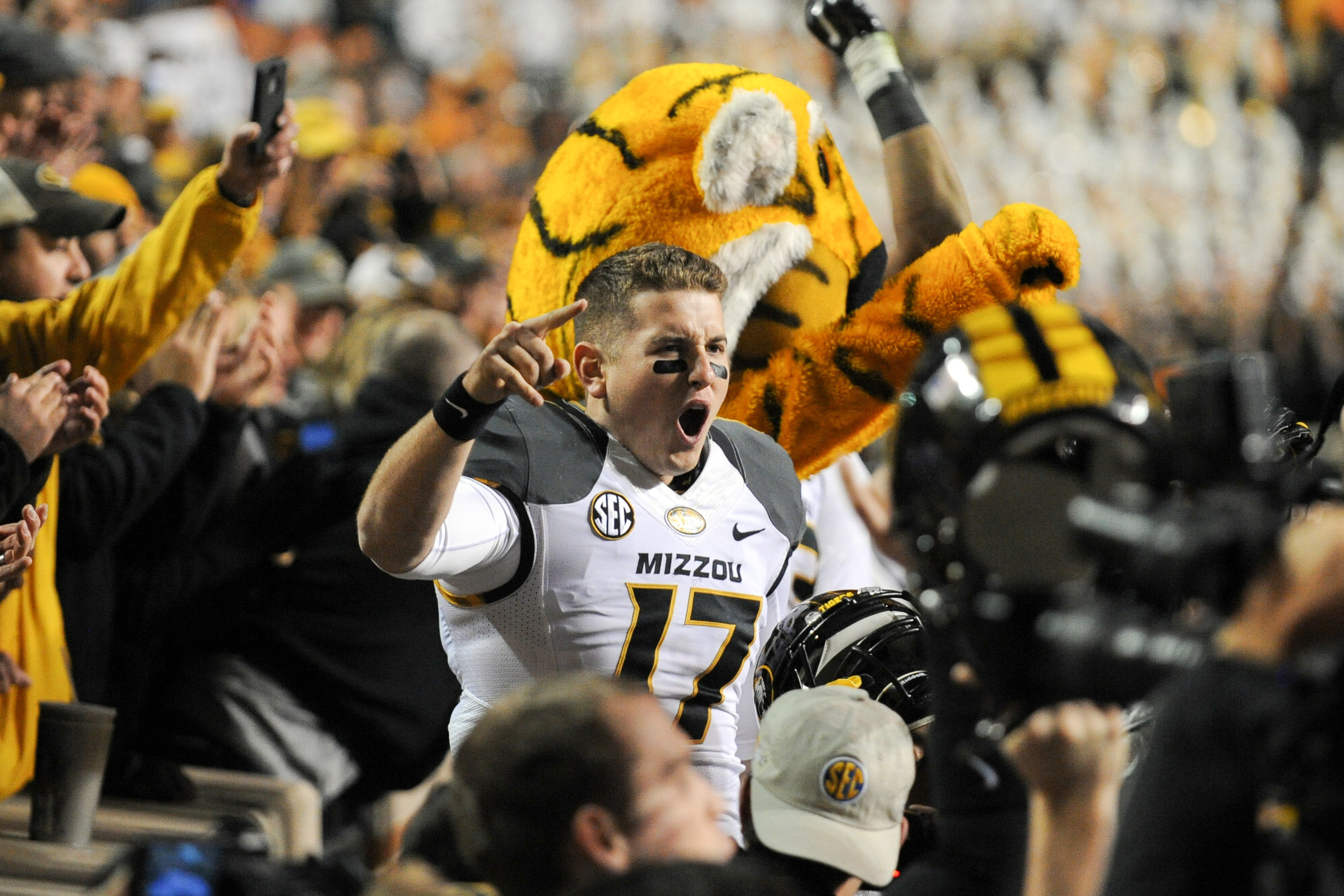 Who wins the SEC East? This one is a little bit more straightforward. If Missouri beats the visiting and red-hot Razorbacks on Friday, then the Tigers will repeat as SEC East champions. If Mizzou loses, though, it will be Georgia heading to the Dome and looking for an upset. Can Arkansas ruin another team's division hopes? And does either Georgia or Missouri stand a chance against either of the teams that could represent the West in the title event?

The ACC-SEC challenge looms. This year, there will be four SEC East vs. ACC games played on the same weekend, and only one looks favorable to the SEC team involved. Georgia hosts Georgia Tech in the one game where you'll probably have the SEC team as the clear-cut favorite. South Carolina travels to Clemson, Kentucky visits Louisville and Florida goes to Tallahassee to take on Florida State in games where the road teams are likely to be underdogs. Is Georgia the only team that gets a win? Or do you think that one or more of its compatriots can pull off an upset and at least ensure that the East is no worse than .500 in the annual showdown?

Who is the most befuddling team in the SEC this year? It's been a strange year, and the regular season comes to an end next week, so who has confused you the most? South Carolina, who got blown out by Texas A&M, beat Georgia, collapsed against Kentucky and Tennessee before beating Florida? Or how about the Gators, who got blown out by Missouri in a game in which the Tigers generated 119 yards of total offense, then ran over, around and through Georgia, then lost at home to South Carolina? Or could it be Arkansas, who couldn't win an SEC game to save its life at the beginning of the season and now seems incapable of losing one? None of the above?

For the first time in history, an entire division in the SEC will advance to the postseason.

Seed the bowls. The SEC itself is going to have a much heavier hand in deciding who goes to the bowls outside of the playoff itself and the playoff-affiliated bowls. Here's an explainer [PDF] on the bowl selection process this year if you need it. Two sub-questions: The only conference team that is locked out of the postseason right now is Vanderbilt, with Tennessee needing a win at Vanderbilt and Kentucky needing a win at Louisville to get in. The other 11 teams have already punched their tickets. Is it safe to assume that Tennessee makes it, and what are the odds that Kentucky does? Second -- where do all the teams go based on the ones you see getting in? Keep in mind that everyone moves up a spot or two (or more) depending on how many teams get in the playoff and the access bowls.