There are so many good games between SEC teams this Saturday. This is not one of them 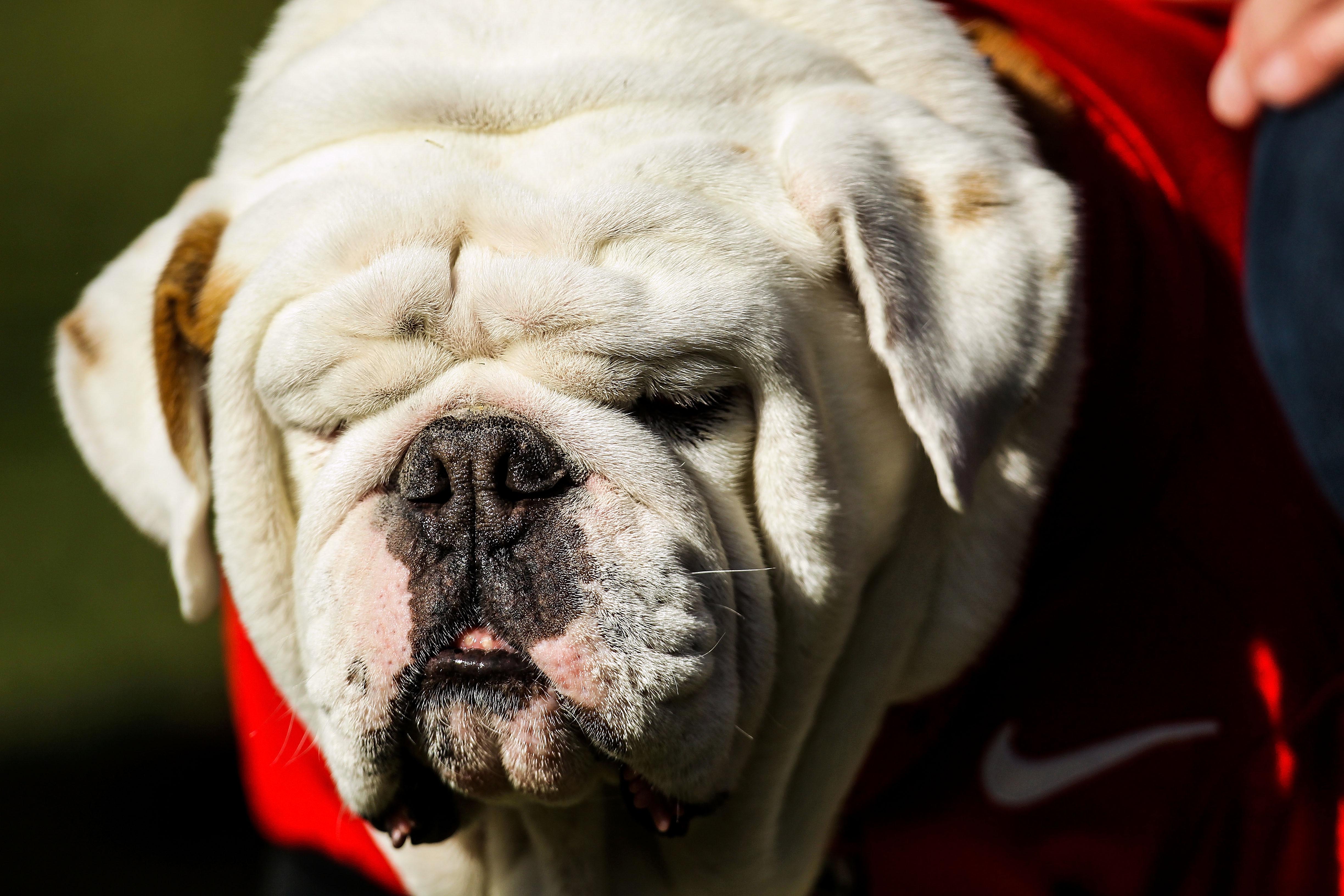 We've got several good SEC games on tap on Saturday: Three meetings between Top 15 teams, all of them with the potential to reshape the race for the SEC West. Perhaps Vanderbilt-Georgia is our reminder not to get greedy. Even Florida-Tennessee has a rivalry aspect to it.

The only caveat that should be applied here is that we are talking about the SEC East. This is a division that tries to find some new way to surprise and astound us every week. About the only truly surprising thing that could happen now is for a Vanderbilt team that couldn't beat Temple to knock off a Top 15 team and division title contender at home. Right?

Well, yes, it would be a surprise. And there is the slight technicality that we don't know the result of any football game until it has actually been played. But even SEC East dysfunction is unlikely to give the Commodores much of a chance in this game. Even in a season that's been as crazy as this one.

1Truly Dreadful Vanderbilt. We hate to keep beating this dead horse, but it truly is a bit remarkable how far Vanderbilt has fallen from just last season. The Commodores are last in the SEC in total offense, scoring offense and scoring defense. Vanderbilt has scored five offensive touchdowns, an average of one a game and the lowest total in the conference; Florida, ranked 13th, has scored 13. There's a reason that this game is scheduled opposite the Alabama-Ole Miss game: It's not really competition.

2Holding Serve. The fact that Vanderbilt is perhaps the worst team in the SEC makes it all the more necessary that Georgia actually beat the Commodores. As South Carolina can attest to after the 2011-13 period, a good way to ensure that you don't win your division is to lose games that you have no business losing. If Georgia wins this game and then beats Missouri in Columbia next week, the Dawgs will be in prime position to win the SEC East. But an upset against Vanderbilt would give Georgia two losses and make it more difficult to catch the other other Tigers, even if the Dawgs manage to beat Mizzou.

3Suspect Secondaries vs. Suspect QBs. Here's a fun guessing game: Try and figure out which one of these teams is going to have more passing yards at the end of the day. Georgia and Vanderbilt rank 13th and 14th, respectively, among SEC teams in passing yardage per game. This is more by design for Georgia, which has attempted just 95 passes this season; Vanderbilt, on the other hand, has attempted 132 passes but completed fewer than half of them for an average of 5.6 yards an attempt. This is where the secondaries could be of some assistance. Georgia is ranked 10th in passing efficiency defense in the SEC this season, while Vanderbilt checks in at 13th, ahead of only Florida. And the Dawgs are now down another man in the defensive backfield. We can debate the wisdom of either of these teams going to the air more often than they do, but there are plays to be made in the passing game if they want to and can take some shots.

4Turnover Margin. There are four teams in the SEC that have a negative turnover margin. It will probably not surprise you to learn that one of these, and by far the worst, is Vanderbilt -- which has a minus-6 turnover margin in five games. Georgia, on the other hand, is plus-4 in four games. But the Dawgs have not built that margin on taking the ball away from the other team, which they've done just seven times this year. Instead, Georgia holds onto the ball, with just one fumble and two interceptions so far. Vanderbilt has actually forced more turnovers -- eight -- but has been dreadful when it comes to ball security, with a league-high 14 turnovers. That includes five lost fumbles and nine interceptions.

5Revenge. During the brief James Franklin Era, some Georgia fans truly came to hate the man. Much of that stems from a confrontation between Franklin and Todd Grantham after the 2011 game. Meanwhile, even if there's a different coaching staff in place now, there's the little matter of Vanderbilt defeating Georgia last year in Nashville. Mark Richt isn't the kind to rub it in -- unless, of course, he lets Evil Richt take over for a day.

Todd Gurley, RB, Georgia. Regardless of what happens to Georgia's SEC hopes over the next few weeks, Gurley has put himself squarely in the discussion for the Heisman Trophy. He leads the SEC with 152.5 yards rushing per game, and his 8.8 yards per rush is best among conference players with at least 25 carries. And those numbers are the product of one big game, though Gurley did erupt for 208 yards and two touchdowns on 28 carries against Tennessee. The only game in which Gurley has failed to carry for at least 100 yards was against Troy -- when he had 73 yards on 12 carries. Barring a blowout where he exits the game early, Vanderbilt should consider holding Gurley to anything less than 120 yards to be a wildly success day.

Amarlo Herrera, LB, Georgia. Herrera leads the Bulldogs in tackles with 34 and sacks, with three among his five tackles for loss. Oh, did we forget to mention that Vanderbilt is allowing 2.2 sacks a game so far this year, which puts them next-to-last int he conference?

Ralph Webb, RB, Vanderbilt. If there's been a bright spot this year among the wreckage that counts as the Commodores offense, it's Webb. Without anything else to keep defenses honest, Webb has rushed for 422 yards on 90 carries, an average of 4.7 yards per attempt. If Vanderbilt can find something to put around the redshirt freshman next season, he could turn into one of the SEC's stars.

The question here isn't really the result but the margin. Vanderbilt is an outmanned team in the middle of a coaching transition, while Georgia is in the middle of fighting for an SEC East title. Even if you view this as a trap game, given the games against Tennessee last week and at Missouri next week, it seems unlikely that any trap the Commodores could spring would be enough to defeat the Dawgs. Georgia's going to roll through this one. Georgia 42, Vanderbilt 10