Or the Wildcats lose to Stony Brook. Equally prepared for that to happen.

Share All sharing options for: Bold Enough Predictions: Kentucky to the Final Four

In just the third minute of action against Texas A&M in the SEC Championship, Kentucky guard Tyler Ulis strolled down the court and lobbed a gem of an oop to Marcus Lee. The visual of Lee's emphatic slam was unsurprisingly complemented by a fairly excited Dick Vitale.

Dickie V was pumped. He exclaimed, "Be careful, America! Tournament time!" Vitale saw more than the jam. He saw a team hitting stride. A team ready to absolutely explode. Kentucky appears to have the quality and well-roundedness to make the Final Four this year. Maybe the Cats could even win it all.

The team has remarkable depth, especially when it comes to the bigs. Alex Poythress worked through a minor knee injury in February before returning to action and torturing teams down the home stretch of the season. Averaging nearly 13 points per game in his last five outings, big No. 22 has done well to establish himself in the paint. He can throw it down at the offensive end, but his work at the defensive end will be essential against Stony Brook (and throughout the tournament should the Wildcats avoid the Seawolf trap). But Poythress is just one of several forwards on the roster who can influence shots—and games. 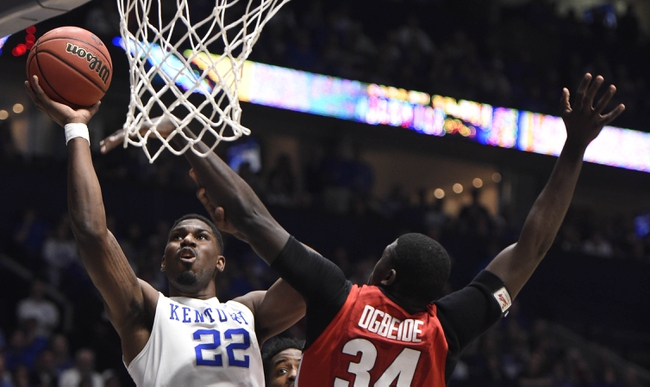 Enter Skal Labissiere and Derek Willis. These near-7-footers will also be tasked with marshaling the paint against Stony Brook. Labissiere has improved over the duration of the campaign and has shown flashes of brilliance. He went 8-of-10 from the field against Ben Simmons and LSU earlier this month, and he continues to morph from an enigmatic prospect into a reliable big with a refined skill set. This tournament could be massive for Labissiere. Meanwhile, Willis figures to get solid minutes in this one and will face a real test against Stony Brook's superstar. Surely Poythress, Labissiere and Willis know how important their roles will be on Thursday night, as this game will likely come down to how well Kentucky's redwoods can contain Jameel Warney.

As a not-so-avid watcher of Stony Brook hoops, I was pretty unfamiliar with this Warney character. Turns out the dude's a beast. Walking double-double. Block machine. He is a patient rim protector whose agility is really quite remarkable. After not knowing of his existence for, like, over twenty years, I was pretty pumped to get deep into some Warney highlights. 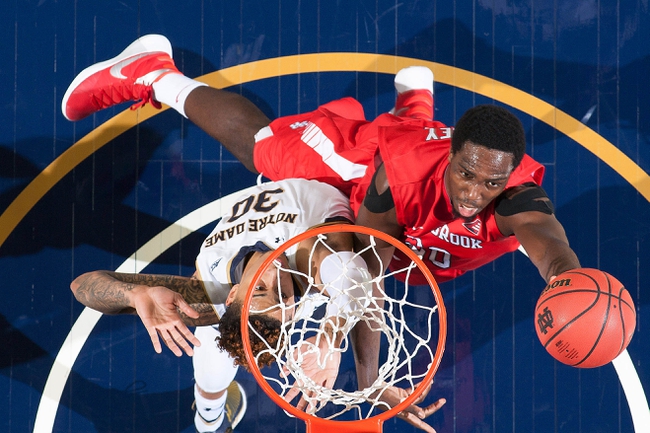 Warney refuses to put up pedestrian numbers. We're looking at double-digit scoring in every game. The 255-pounder scored over half of his team's points against Vermont in the America East title game, and his team scored 80. So, yeah, Jameel is a walking legend. My new favorite player. Also a bit of a road block for Kentucky.

I'm riding a wave of complete uncertainty as the tourney gets underway, a feeling I'm sure one or two other fans can relate to. My bracket will be abysmal. Yours might not rock either. But here's my knee-jerk reaction/visceral feeling/"just because" trumping logic as it so often does: if Kentucky handles Stony Brook as it should, this team is going all the way.

Stony Brook planted a seed of doubt in my head, for one reason or another. Maybe I watched too many Warney clips. Maybe it was the way the Stony Brook faithful stormed the court after their team punched its first ever ticket to the Big Dance. Maybe it's because mayhem is expected, even preferred, in this tournament.

But again, if Kentucky clears this hurdle with relative ease, I fancy them to take this thing the distance.

In the East quad of the bracket, signs point to North Carolina reaching the Sweet 16 (beating Florida Gulf Coast and Providence or USC). If Kentucky beats Stony Brook and Indiana takes care of Chattanooga, the Wildcats would face the Hoosiers on Saturday. That would be a reasonably entertaining basketball game. Recent history suggests nothing to the contrary (naturally Dickie V was there).

So, UNC-Kentucky in the Sweet 16 would be incredible, and the Tar Heels would probably be favored by the slightest of margins. But if Kentucky got rolling and managed to maintain the swagger that was just radiating from their SEC Tournament performances, Roy Williams and company could perhaps be in a tricky situation.

All in on the prediction now: Kentucky is in the Elite Eight after downing Stony Brook, IU and UNC. The Wildcats square off against West Virginia (just my pick, you may have penciled in a team like Xavier, Notre Dame or the always dangerous Lumberjacks of Stephen F. Austin).

UNC's Brice Johnson and WVU's Devin Williams are legendary big men in the college ranks, but UK has the size and athleticism to compete with the Heels and the Mountaineers in the paint.

Of course, Kentucky could face another team with a talented big man, say ND (looking at you, Zach Auguste). But Kentucky's carousel of talented forwards could pose serious problems to opponents in the tournament.

Kentucky to the Final Four, where they beat Virginia, Michigan State, Purdue (my pick, but you don't care) or whoever makes it out of the Midwest.

The way Kentucky's bigs have developed has me particularly optimistic about the chances of Coach Cal getting his team to Houston. But at the end of the day, the engine is Tyler Ulis. I suppose Jamal Murray and Isaiah Briscoe aren't terrible either. 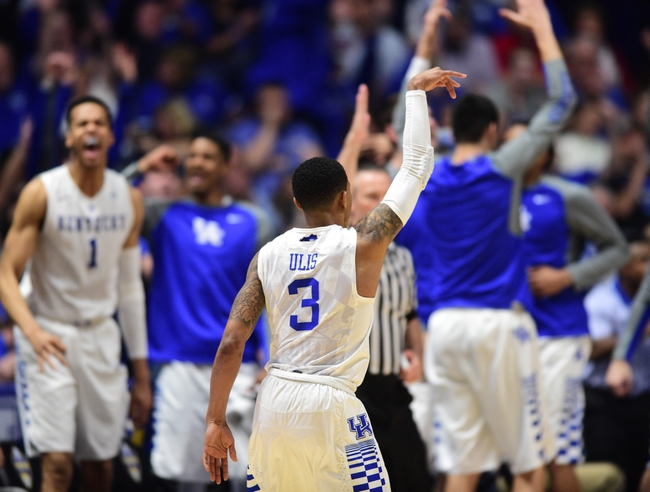 The sophomore guard Ulis posted a career-high 30 points against Texas A&M in this past weekend's OT thriller. Knifing through the Aggies on offense. Making a nuisance of himself on defense. The kid does it all, and his poised style helped guide the kings of SEC hoops to yet another conference tourney (that's 29, and counting).

Stony Brook is pretty solid, thus making things awkward. But Kentucky's elite guard play, plus the dominance the forwards display, makes this team beyond intriguing as the tournament gets going.

Kentucky has only claimed one men's basketball national title since the turn of the millennium. Despite the program's consistent ability to mop the floor with its SEC competition, it has bumped into some pretty darn good teams over the years in the NCAA Tournament. Marquette in 2003. West Virginia in 2010. Wisconsin in 2015.

Just two years ago, the Wildcats found themselves in the title game as an 8-seed. Coach Cal's team is a 4-seed this year, but the lack of hype this team is getting heading into the tournament feels eerily similar to 2014.

Kentucky is built for March. And sometimes flying under the radar can be a beautiful thing for an established program like this one. Beware, there is a sleeping giant in the top-right corner of your bracket.