This is the only game left where the SEC team isn't favored.

The Florida Gators and Michigan Wolverines last met in the 2008 edition of this game. Much has happened since then, considering it happened nine months before the global economy exploded and eleven before the current president was elected. 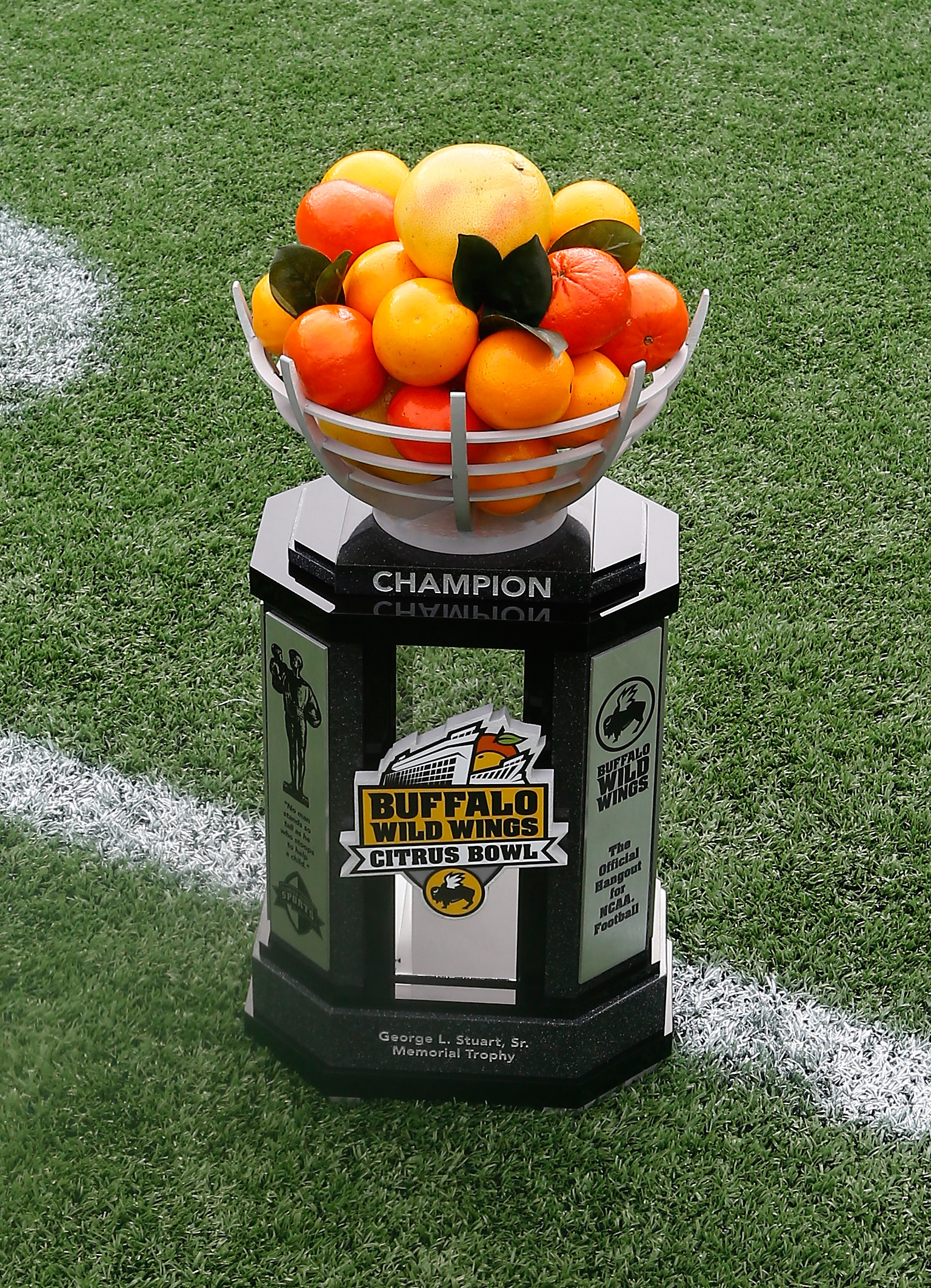 It was forever ago for the teams as well. Tim Tebow had just won his Heisman for Urban Meyer's growing machine, while Michigan was about to enter the Rich Rodriguez era. Now, the programs aren't in a terribly different place. Here, a pair of first year head coaches face each other with teams that played ahead of schedule for two months before injuries and attrition sapped them of momentum. One has a chance to build a little momentum back before heading into the offseason.

1Who wants it more? As I just said, both teams outperformed expectations this year. Any time that happens, there will be a question of whether the team will give a crap in the bowl game. Will they want to finish strong, or do they think they've already accomplished something? Late season losses might tip the teams towards the former, but there is no guarantee the latter isn't the case—particularly on Florida's side since it accomplished winning the East division.

2Jim vs. Jim. The two head coaches in this game share a first name, but that's about it. Harbaugh is an intense guy who is known to go on strange digressions. He prefers winning with a power run game. McElwain is a laid back guy who uses his folksy charm to disguise that fact that he's from the Saban school of speaking without saying anything. At his previous stop at Colorado State, he built a wide open passing attack. Both guys will run similar things in this game—by choice for Harbaugh and necessity for McElwain—but they couldn't be more different.

3Harris's last hurrah? Treon Harris is 2-0 against Georgia and has an SEC Championship Game start, which is more than can be said for any other post-Tebow quarterback Florida has had. Still, he's clearly limited and won't take the program to the next level. Beat writers have been saying glowing things about transfer Luke Del Rio since the summer, and 4-star freshman Feleipe Franks is enrolling early this month. This could be Harris's final start at UF, although he's persevered in the starting role longer than some expected. 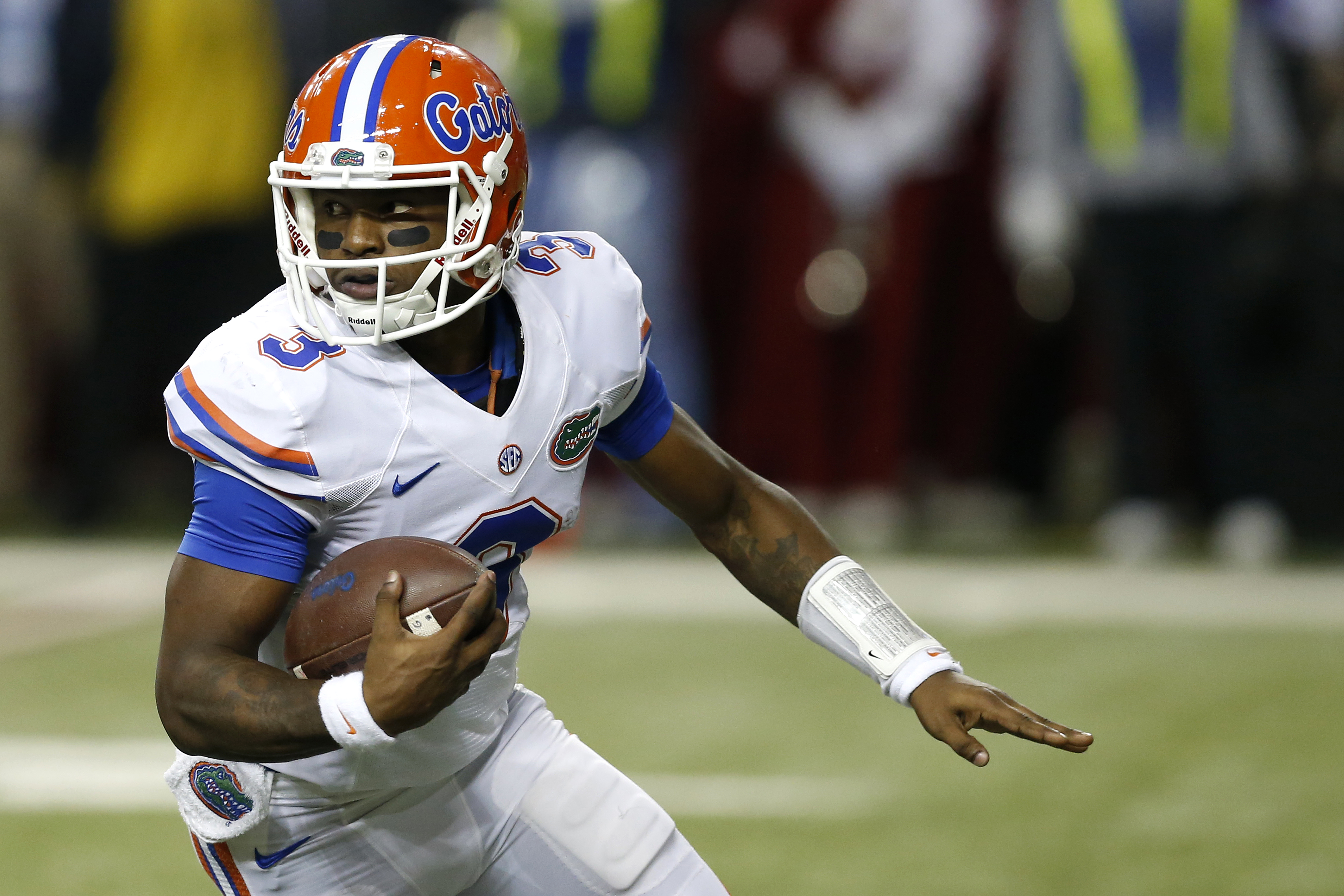 4A final audition. Plenty of key players are playing their final games for the Gators. Jonathan Bullard is the top senior prospect on the team, but Vernon Hargreaves is the top pro prospect. Kelvin Taylor and Demarcus Robinson are leaving early as well, ensuring that the offense will look pretty different next year. It's unlikely that a huge bowl game will boost these guys' prospects, as several years of tape will overwhelm one game, but a poor showing in their final contest would not send a good signal to the NFL.

5SEC vs. Big Ten challenge.The conference nearly always plays the most bowl games against Big Ten teams thanks to the way the tie-ins work. Alabama got in a big first strike in throttling Michigan State 38-0 last night. Two more such games are today with this game in the Citrus and Tennessee playing Northwestern in the Outback. This game is the only one where the B1G team is favored, so a Florida win would be the biggest in an attempt at a sweep.

Jonathan Bullard, DT, Florida: Bullard has lived in opposing backfield this year. Stopping Michigan's run will be his primary assignment, but he will also have a chance to harass QB Jake Rudock. Rudock performed better at UM than he did at Iowa, but he's still no world beater. If Bullard can get in his head, it will make the Wolverines one-dimensional.

Jake Butt, TE, Michigan: Once you get past the obvious jokes about a tight end named Butt, his quality play at the position shines through. When Rudock gets in trouble, the ball is probably going to go Butt's way. He has the greatest chance of making headway against the vaunted Florida pass defense, not the least because he won't ever be covered by the corners.

Fred Johnson, OT, Florida: The regular starter at right tackle, senior graduate transfer Mason Halter, is not playing. That leaves the spot to Johnson, who has played in limited duty while Halter missed regular season time to injury. Harris struggles with pressure, so the true freshman Johnson will need to step up and play like a veteran to give his offense a chance at looking functional.

Don't expect either team to get much past 20 points without a defensive or special teams touchdown. The defenses have been way ahead of the offenses for both teams this year, so prepare to see a punting showcase. The score projection for this game is Michigan 20-16, and that does sound pretty close. Maybe McElwain has some tricks to try, but UF's offense with Harris is what it is at this point (which is not good). Michigan 20, Florida 14