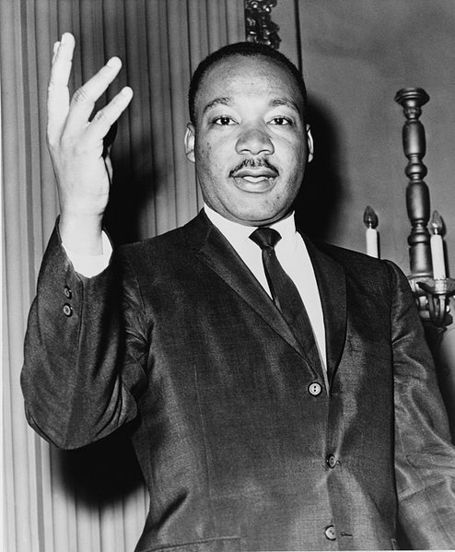 Race is not something we talk about much around here. That is a testament to how far this country has come since Dr. Martin Luther King, Jr. announced to the world his dream for the world. The U.S. has its first African-American president in the White House now, for goodness sake.

There was once a time when progress on race relations was a very sore spot for the SEC. Now with Joker Phillips taking over at Kentucky, the SEC has another African-American head coach. Some KKK members tried to stage a stunt at an Ole Miss game, but they were either ignored or repudiated by those in attendance. We're in the thick of recruiting season and no one is concerned about the large number of African-American players that have committed to SEC schools. We're not in a bad place.

That's not to say that there is no progress still yet to be done. There have only been two African-American head football coaches in the league, and they were not at the marquee football schools. Some of the power programs have turned to lightly qualified guys with thin resumes (Ron Zook, Mike Shula, Gene Chizik, Lane Kiffin, etc.) while someone like Charlie Strong, who had everything you could possibly want in a coordinator's record, had to go outside the league to finally get a head coaching gig.

Today, take a moment to reflect on where we're at as a league and where your school is at.