The SEC made the South Carolina Gamecocks vs. Texas A&M Aggies series a permanent cross-division rivalry in order to set up a border war between Arkansas and Mizzou. The schools don't seem to have a lot in common other than a shared preference for dark shades of red. 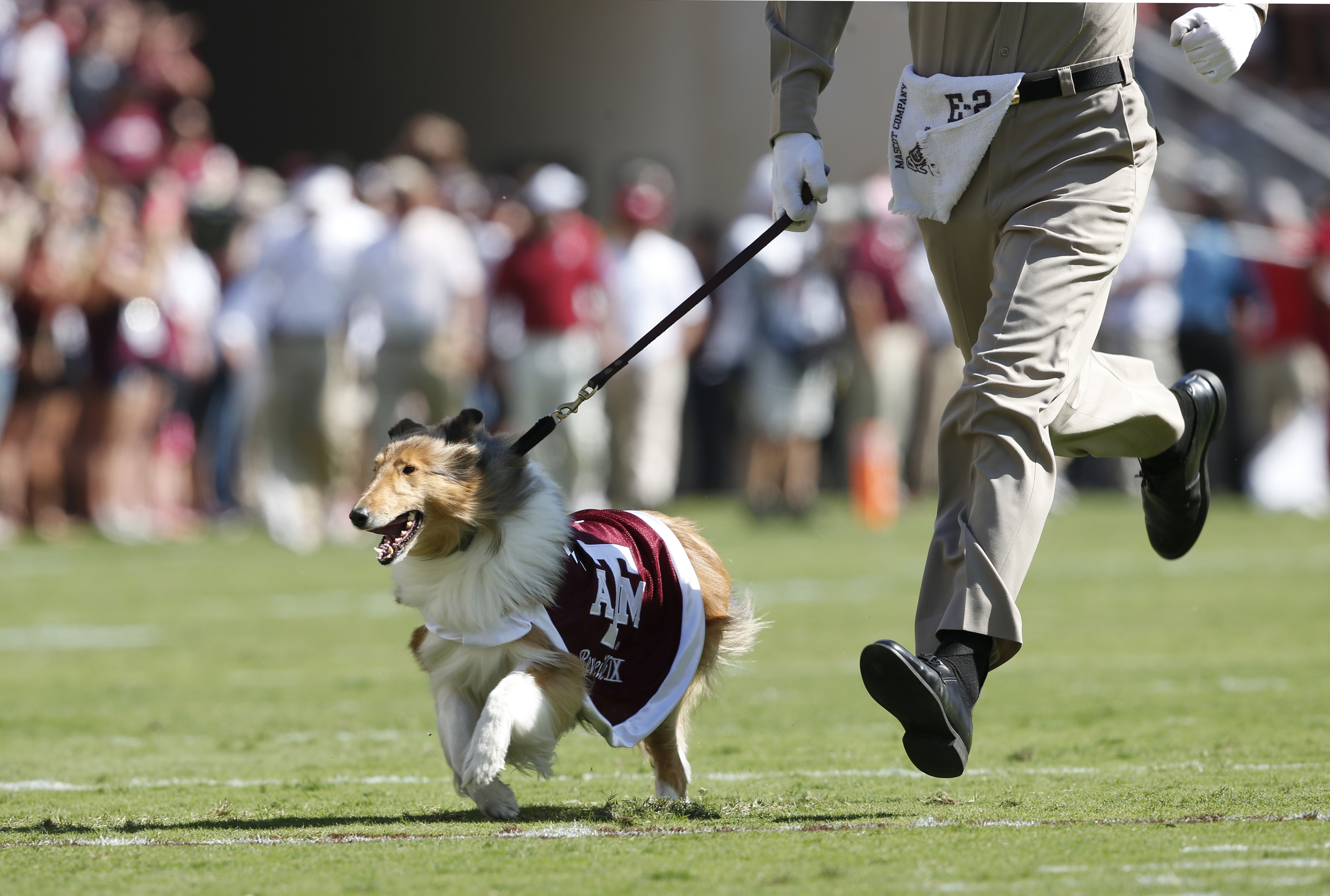 They come into this game in fairly different states of being too. Shawn Elliott is in the middle of his half-season audition for the head coaching job in Columbia following Steve Spurrier's abrupt resignation a few weeks ago. He may have lost his first game on short notice in the "home" game in Baton Rouge, but he did pick up the team's first SEC win two weeks ago against Vanderbilt. Now coming off of a bye, Elliott and the staff have had a chance to do a lot more prep work for a road trip out West.

Texas A&M, meanwhile, is reeling after Kyle Allen's three pick sixes made the Alabama game get way more out of hand than it should have been and the offense's total dysfunction led to a 20-point loss to Ole Miss. With Allen's confidence seemingly shattered and probably suffering from some kind of undisclosed injury, Kevin Sumlin will turn to true freshman Kyler Murray. Going to the backup in such a situation would normally be fairly uncontroversial, but Sumlin's choice of going with Jake Hubenak instead of Murray towards the end of the game in Oxford made the situation considerably more drama-filled than it could have been.

Vegas likes the Aggies by 16 or 17 points depending on who you ask, but can anything with these teams be that simple and straightforward?

1It's Murray's time now. The heralded true freshman's role has changed throughout the year. He shared time with Allen in the opener, was strictly the backup option in a pair of cupcake games, and then became essentially the running guy as a changeup. Now, he's just the quarterback, and he's going to have to show himself to be more than just a talented runner. With just six completions and two interceptions in 13 attempts against Power 5 teams, Murray hasn't exactly thrown it well. That has to change today.

2Call of the Wilds. The Aggie pass defense actually improved from fifth to third in S&P+ pass defense after holding Chad Kelly to an uneven performance a week ago. Its run defense, though? It only rates 76th, and it made the Rebels' rushing attack actually look decent. With the offensive line coach now running the show for the Gamecocks, you better believe they're ready to do some running today. Brandon Wilds went for over 100 yards on just under five yards per carry in the win over the Commodores, so look for Carolina to try to generate more of the same.

3The Gamecock cure. Of course, South Carolina's rushing defense is even worse at 108th nationally. Its pass defense has the second-best ranking of any unit in the game, but it still sits only at No. 62. The Aggies have been troubled on offense lately, but the Carolina defense might be just the thing they need to get back on track. With as awful as the Gamecocks have been at stopping the run, going with the mobile Murray should generate even more opportunities to make big plays.

4Trench warfare. Myles Garrett is the SEC's leading sack artist, but 5.5 of his eight have come in non-conference play. Daeshon Hall made a name for himself with four sacks against Arizona State, but he's had just one since. Meanwhile, South Carolina has allowed just two sacks per game in conference play despite the rotating cast of characters at quarterback. If the Aggies can generate some pressure on Perry Orth, it should throw off the Gamecock offense enough to secure the win. If not, things could get interesting.

5Special special teams. Christian Kirk is the top punt returner in the SEC, averaging 22.7 yards per return with a pair of touchdowns. The Gamecocks, however, are third in the conference in punt return coverage, allowing just over five yards per return, just under one return a game, and no touchdowns. In addition, South Carolina's Elliott Fry and Texas A&M's Taylor Bertolet are two of the three kickers to average at least three field goal attempts in league play. The third phase of the game could come up huge in this one.

Pharoh Cooper, WR, South Carolina: Though it's less of a certainty now than it has been in the past, Texas A&M will probably score some points thanks to the Gamecock defense being pretty bad. South Carolina will have to score some points to keep up, and Cooper is the team's best offensive player. <Spurrier voice>Phay-row</Spurrier voice> torched Vandy's pretty good defense for 160 yards on seven catches, including a 78-yard touchdown. He'll need another monster game to help keep things winnable at the end.

Tra Carson, RB, Texas A&M: Any time a team starts a true freshman at quarterback, it hopes that the run game will take some pressure off of the guy. Carson hasn't been all that effective this year, though. In five games against Power 5 competition, the 4.2 yards per carry he had against Mississippi State is the only instance where he exceeded four a pop. Spotty line play has a lot to do with that, but if Carson has an ability to step things up himself, now wouldn't be a bad time to do it.

Skai Moore, LB, South Carolina: Moore is South Carolina's most productive defensive player. He's tied for third in the SEC in tackles per game and second in interceptions, and he leads his team in tackles for loss. With an inexperienced quarterback running the show for the Aggies, Moore has a chance to have a big game both in confusing him in pass coverage and stopping him in the run game. If Carolina pulls out the win, Moore will be a huge reason why.

This game is a heaping helping of unknowns. How well will Texas A&M bounce back after laying a giant, stinking egg against Ole Miss? Did the bye week give the interim staff at South Carolina enough time to get organized and cook up some special new avenues of attack? How well will Murray play now that he's The Man behind center? Was finally winning an SEC game the spark that South Carolina needed to get going? I expect uneven play from both sides, but A&M's talent advantage should ultimately carry the day. Texas A&M 30, South Carolina 17