The showdown between Bama and the Rebels has drawn about as much attention as a Saturday afternoon game can draw. Who comes out on top of the game and with an edge in the race for the SEC West title?

This might be the most-hyped college football game to roll into Oxford in decades, if not ever. The winner of this one will clinch a spot in the Top 10, take a huge step toward winning the SEC West and either solidify (in Alabama's case) or establish (in Ole Miss' case) its right to be mentioned in the college football playoff conversation. Not bad for an early October afternoon. 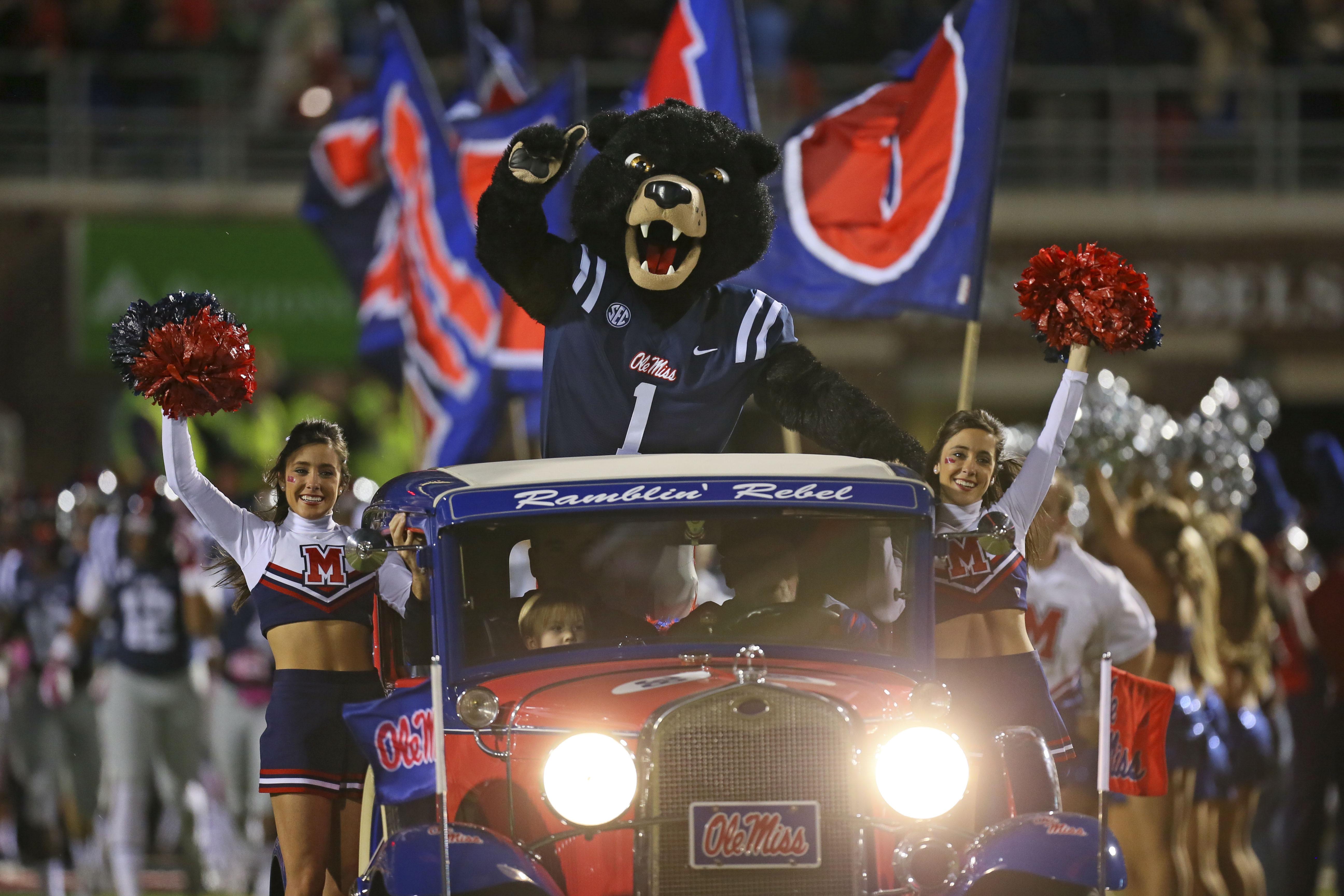 In past years, this game would be a perfect opportunity to talk about the contrasting styles of Nick Saban's grinding approach to winning games and Hugh Freeze's up-tempo attempt to overwhelm the other team's defense. But both teams are borrowing a bit from the other side's playbook this year. Freeze has a solid defense taking the field when his offense runs off, and first-year Alabama offensive coordinator Lane Kiffin has proven he can pour on the points. Alabama and Ole Miss aren't mirror images of each other, but they're a lot more similar than they've been in the past.

And that adds an element of intrigue to this game. Who will win out -- the offenses or the defense? Will one side's undefeated season turn out to be an early-season mirage, while the other shows itself to be the real deal? Or will it be something closer to the middle, a game that is neither a defensive struggle or an offensive slugfest, one that will leave us with the possibility that both of these teams are good but no certainty that either of them is the best?

1Lopsided Series. If you're looking for reasons that commentators have been hesitant to pick Ole Miss to win the this game, here's an explanation: This is one of the most one-sided conference series in major college football. Alabama has a winning percentage of .830, and Ole Miss has won twice since the SEC split into divisions in 1992. None of the last five games have even been particularly close; Alabama has won by 19, 13, 45, 19 and 25 points. That said, eight of the nine losses by the Crimson Tide in the series have come in the state of Mississippi, so there's a sliver of hope for the Rebels in that.

2Making a Point. Nick Saban gets a lot of credit for being a big-game coach, which is not entirely undeserved. But when Saban appears to be the most dangerous is when he feels like his team has something to prove or needs to make a point. After a lackluster inaugural season in Tuscaloosa, Saban's program announced its arrival by demolishing Clemson, 34-10, in the first game of the 2008 season. It followed that up a few weeks later with a 41-30 win at Georgia that was more dominant than the final score made it look. When there was talk of an Ole Miss upset in 2009, he beat the Rebels 22-3. Later that year, he got his revenge against Florida in the SEC Championship Game with a 32-13 win; other revenge wins include a 21-0 beatdown of LSU in the 2011 national championship game and a combined 91-14 margin of victory against Auburn after the Tigers beat him in 2010. If this is a game where Saban is looking to make a point and he gets a lead against the Rebels, things could get really ugly.

3High-Powered Offenses. Alabama and Ole Miss come into this game averaging a combined 1,090.4 yards a game. The idea of Hugh Freeze's Ole Miss teams putting up a bunch of yards -- 496.2 of them a game, to be precise -- isn't that out-of-the-ordinary. But the notion that Alabama would rank second in total offense in the SEC with an average of 594.2 yards a game, trailing first-place Texas A&M by 0.4 yards a game, is a little bit less in-line with what we've come to expect. Competition against weak defenses might have helped the cause in both cases, but there's reason to believe that this could be a barn-burner.

4Stout Defenses. And then there's reason to think that it won't be. Facing off against the high-octane offenses are the top two SEC defenses, statistically speaking. Combined, they allow less than 500 yards of total offense. The Rebels are giving up just 3.7 yards a play, while the Tide are allowing just 4.5. Ole Miss is probably a bit better against the pass, and Alabama is better against the run, but both defenses should be able to hold their own for most of the game.

5The Ballad of Dr. Bo. By now, we know what to expect from Bo Wallace: Flashes of brilliance and moments that make you wonder if he's ever played FBS football before. Wallace is coming in averaging 1.5 interceptions a game, which isn't the easiest thing to do when your best competition is arguably Boise State (in Atlanta). And yet, Wallace ranks fourth in passing efficiency among SEC quarterbacks who have attempted at least 50 passes, putting him in the same neighborhood as Blake Sims, Dak Prescott and Kenny Hill. He also has 11 passing touchdowns, or nearly three a game. The job for Wallace will be to minimize mistakes -- but then, that's been his job since the beginning, and he has at best had limited success.

Laquon Treadwell, WR, Ole Miss: Saying that Bo Wallace has a favorite receiver might be taking things a bit too far -- five Rebels have already caught at least 11 passes this year -- but Treadwell is already drawing accolades like "arguably one of the top-five receivers in the country." And with good reason; Treadwell has 307 yards receiving on 20 catches, a 15.4 yard-per-reception average, and has grabbed three touchdown passes. The Rebels need a big game out of Treadwell if they're going to win this one.

Blake Sims, QB, Alabama: Remember back at the beginning of the season, when really stupid analysts were saying that the Tide needed Jacob Coker to start at quarterback if they were going to win? Yeah, about that. All Blake Sims has done this year is go out and become the most efficient starting quarter in the SEC, completing 73.2 percent of his passes for 1,091 yards, eight touchdowns and two interceptions. He's also rushed for 141 yards and two more scores, adding a new dimension of mobility to the Tide's famously stodgy pro-style offense. And then there was last week, when Sims pulverized the Florida secondary, going 23-of-33 passing for 445 yards, four touchdowns and one interception. Football is a funny game.

Amari Cooper, WR, Alabama: It's easier to put up numbers like that when you're throwing to Amari Cooper. If Treadwell is one of the best five wideouts in the game, Cooper is arguably the best; he's caught at least eight passes and put up at least 130 receiving yards in each of Alabama's first four games. That is a freakish level of production. Cooper's average of 163.8 yards per game leads the nation.

The debate between Alabama and Ole Miss, at least in my mind, comes down to what you think you know versus what you're pretty sure you know. I think I know that Ole Miss is a good team, even taking into account all the caveats about the Rebels' schedule so far. But I'm pretty sure that I know that Alabama is a good team, given the track record and the numbers that the Tide's starters have put up so far this year. And I don't trust Bo Wallace to get through four quarters without making a big mistake that could cost Ole Miss the game. If I'm going to be wrong about this game, I'm going to be wrong going with Nick Saban. Alabama 34, Ole Miss 30