iPad Won't Save Print Media By Itself

Share All sharing options for: iPad Won't Save Print Media By Itself 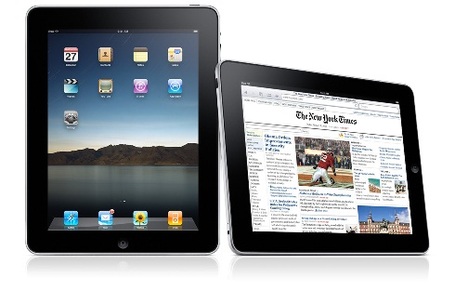 Every so often, we talk about the current state and future of media, as every blog is wont to do. It''s always an interest in this world where sports blogging is still roughly only five or six years old. Also, I'm a nerd. Indulge me for today.

Yesterday Apple finally introduced its iPad, a tablet computer that's been discussed in the rumor mill since about 2003. It's been a long time coming.

A lot of the speculation around this device consisted of whether this thing could "save" the print media in the way that iTunes "saved" the music industry. Could this reignite interest in newspapers and magazines, and more importantly, could it get people back in the mind frame of paying for that content?

As it stands today, the answer is fairly obvious: no. Absolutely not.

The music industry was hurting around the turn of the millennium because the downloading of free, pirated music was siphoning away huge amounts of money. Hoisting the Jolly Roger wasn't perfect though; music from file sharing was of spotty quality and the file tags could be wildly inaccurate. What iTunes did was make acquiring legal music a better experience than going the bootlegging route by ensuring that good enough quality files with correct tags were available for a relatively nominal fee. Sure, illegal downloading continues to this day. It's nowhere near as bad though, and many former pirates have readjusted themselves to paying for music.

That's only half of it though.

The print industry legitimized online reading by offering its content for free on the Internet. The music industry never condoned illegal downloading because it was, well, illegal. The free written word content online never had the stigma of "illegal" attached to it, so the consumer's expectations of getting such content for free has never had anything hindering it.

The eBook app on the iPad looks good, and the New York Times app is pretty slick too. But you know what else appears to be really nice? Reading web pages. The problem of getting people to pay for stuff that's already free online simply moved from a battle between web pages and dead trees to two different apps on the iPad. Nothing fundamentally changed.

The only way that people are going to go back to paying for everything is if all professional content is no longer free, and I mean all of it. If Time and U.S. News and World Report go to a pay model but Newsweek doesn't, then free Newsweek online will win. If ESPN moves all its content behind the Insider pay wall (perhaps in some whiz-bang Insider app), then free Sports Illustrated online content will win. Name any other genre, and that's how it will go. Everyone has to get behind this, or else no one but the financial media can make it work*.

And then there is the matter of the iPad being in a category that's nowhere near as clearly defined as the iPod/iTunes market was. Some people won't get an iPad because it has some things missing (no camera, multitasking, physical keyboard, etc.). Some people won't get it because they can't see where they'd use it instead of their laptop. The message as to why to get one of these things isn't as clear as "fit your entire music collection in your pocket with an easy way to access it all." Plus, anything made for this thing is confined entirely to the device. Music purchased from iTunes even back in the days of copy protection could still be played on up to five computers in addition to on iPods.

The only thing that would make paying for a specialized media consumption app worth it is the fact that the web browser lacks Adobe's Flash player, so you can't watch non-YouTube video in the browser. You'd need to get a special app to watch, say, CNN's or ESPN's online videos in a format the iPad can play. Of course when similar devices come out (and they will come out), they will almost certainly support Flash. The lone carrot is spoiled on anything not designed by Apple in California.

The iPad has some remarkable technology in it, and the nerd side of me that is fascinated with it is battling hard against the pragmatic side of me that can't find a use for it in my daily life. I'd love to play around with one because I think trying to do stuff on a smartphone-sized screen is an atrocious experience. It's a really nice machine.

That said, it doesn't do anything to change the state the print media currently is in.

*Because you ostensibly could make money off of financial reporting, it's worth it to manypeople to pay for good information. The same principle applies for advice on gambling and fantasy sports. Also consider recruiting coverage. It has never been free from the professionals, so it thrives behind paywalls. It's a sterling example of a paid content ecosystem that works.