The Tide leads very, very narrowly, while everyone seems to be confused about just about everything from the fourth spot to the 13th. But Vanderbilt is still No. 14 on every ballot

The next four teams are all within 21 points of each other, which is pretty tight for the number of votes cast. The only little quibble you might be able to come up with is that South Carolina is behind a Georgia team it beat a couple of Saturdays ago -- but you don't really get to complain when you allow Vanderbilt to have its most prolific offensive outing of the season.

After that, it's LSU and Arkansas, followed by four more teams that are within 22 points of each other. But everyone agrees that Vanderbilt is the worst team in the conference. It's nice to have constants in life.

As for your big movers: Mississippi State jumps five spots after beating LSU, while the Bayou Bengals slide from fourth to eighth. The other major decline is Missouri, which drops from eighth to twelfth after the loss to Indiana. Ole Miss and Georgia are each up one spot, while South Carolina drops two. Arkansas moves up to ninth from 11th.

Take away all the turnovers, and this one would have been a beatdown. I've given Lane Kiffin a lot of well deserved grief over the years, but he is an outstanding OC. Free him from head coaching duties, including PR, and let him do what he does best. Saban is no dummy. --A Sea of Blue

If the Tide gift 21 points to Texas A&M or Auburn, things won't turn out this well.--Dawg Sports

We're in a strange place when the top three teams in a division can make a claim to being the #1 team in the country. Amari Cooper is going to be phenomenal in the NFL.--Red Cup Rebellion

Three in a row. That's both in wins and in upcoming ranked conference opponents on the schedule.--Get the Picture

Arkansas is scary for reasons not involving their fan base. Maybe the offense WILL work in the SEC.--Red Cup Rebellion

After knocking off Texas Tech, the Hogs laid waste to former darling Northern Illinois. The Razorbacks have a chance to prove that they are on the rebound this weekend.--For Whom the Cowbell Tolls

A road win against a gritty power conference opponent is nothing to sneeze at, but you can bet every SEC defensive coordinator will study that game closely to figure out how Kansas State slowed down Malzahn.--Get the Picture

Is this when we pretend it's a bad thing Auburn won a game on the road on a Thursday night against a pretty salty Kansas St team? Cool.--And the Valley Shook 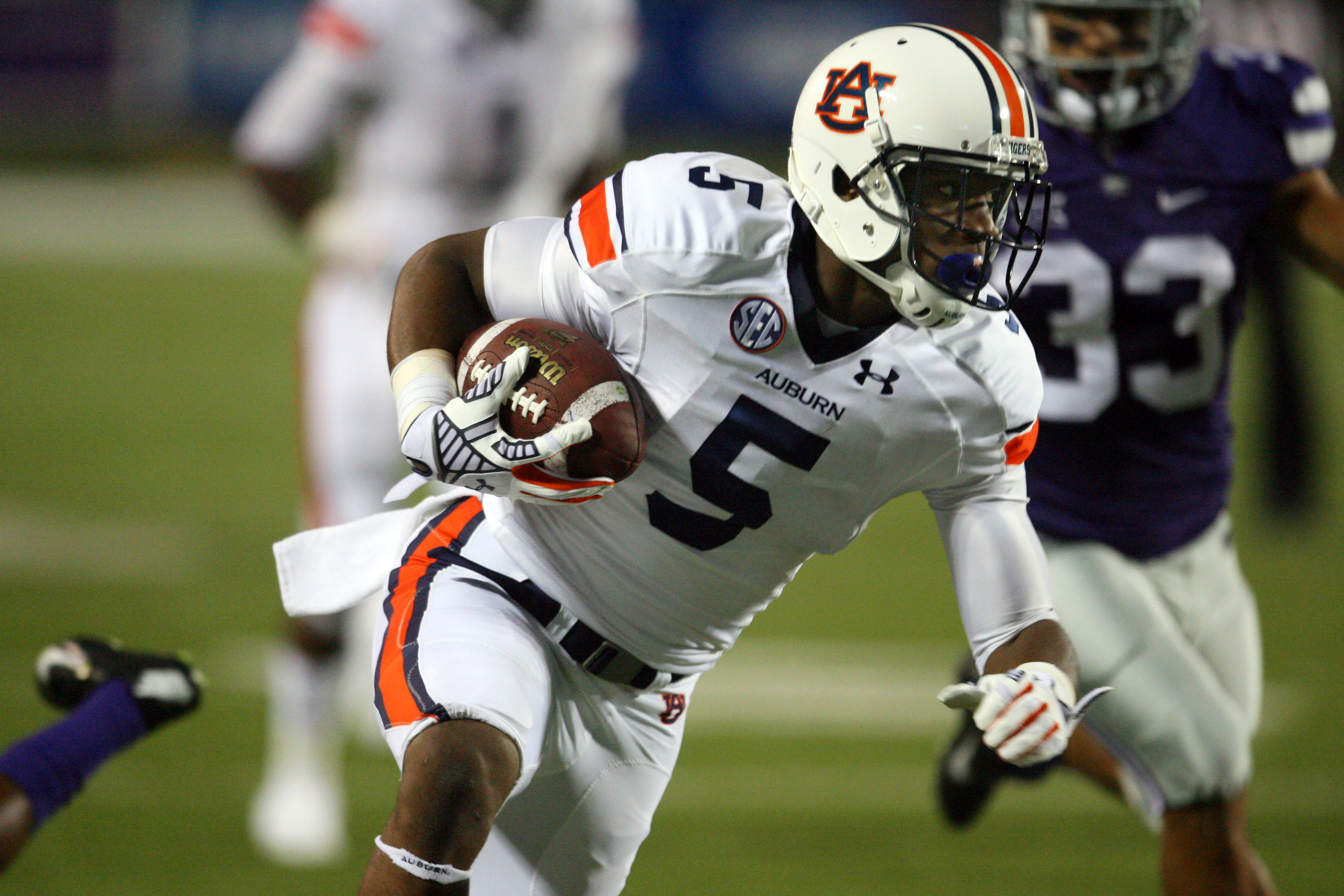 Agent Muschamp is on the clock. He'll need to win out to keep his job.--Georgia Sports Blog

I laughed when Jacoby Brissett transferred to NC State. Now he's 4-0 with a 10:1 TD:INT. Florida could probably use that right about now.--Red Cup Rebellion

For three and a half quarters, Will Muschamp looked like he knew what he was doing. Then you took a step back and looked at the stats. This game was never close.--Arkansas Fight

Georgia still has pass defense issues, but with the running game they have, teams can't throw when their offense is on the side line.--Georgia Sports Blog

The Dawgs had a nice tune-up last week in preparation for their attempt to go 2-0 against the color orange.--Rock M Nation

Troy used to be good, emphasis on the "USED to be."--Arkansas Fight

Had one of the most productive bye weeks this year, gaining ground on both Florida and Missouri in a non-effort.--Rock M Nation

They do look better, but the high point of their resume right now is "almost beat Florida."--And the Valley Shook

Tell the truth -- you thought Les had a real chance at the end, didn't you?--Get the Picture

Brandon Harris looked good, but if I'm an LSU fan, I'm pretty terrified of what State was able to do offensively.--Red Cup Rebellion 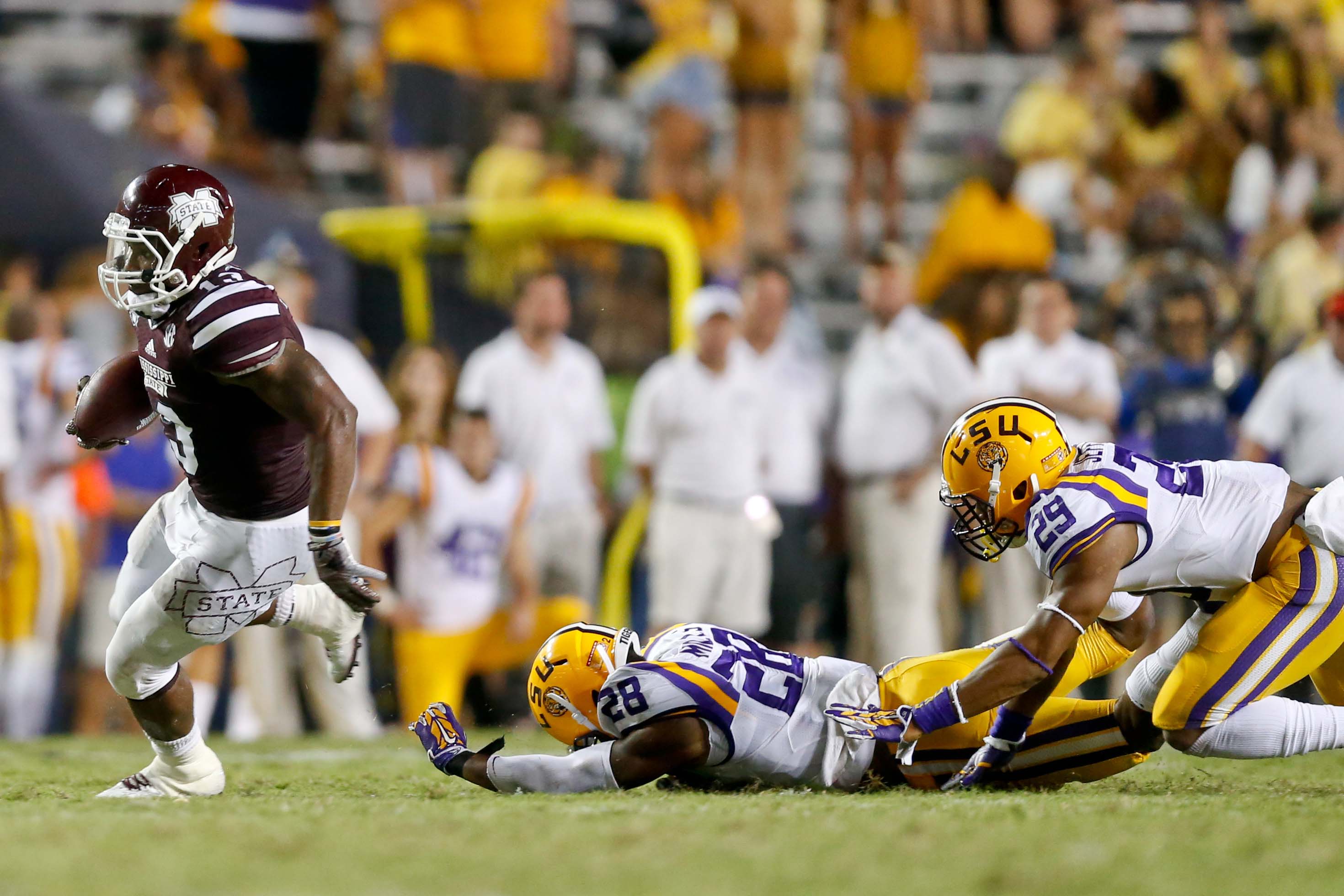 State was excellent for three quarters. Then a capable quarterback came on the field, and all bets were off. Still, congrats on the win.--Red Cup Rebellion

When was the last time the best quarterback in the SEC played in Starkville?--Arkansas Fight

You know, Indiana isn't that bad of a ... bwahahahahahah. You lost to Indiana, bro.--Georgia Sports Blog

What the wha...? Indiana? Go home, Mizzou. Back to the Big 12. No one cares about last year. That was embarrassing.--Arkansas Fight

Just when the rest of the SEC is really thinking about accepting Missouri as a conference brethren and threat in the SEC, they have to go and do something like lose to Indiana.--For Whom the Cowbell Tolls

One more cupcake game, and then Ole Miss gets its chance to prove it belongs with the West's elite.--Get the Picture

Dr. Bo taking a sabbatical, golfing with his fellow surgeons, and just SLAMMING beers as he regales his colleagues with tales of turning operations into drinking games.--Rock M Nation

We still don't know if they are good or merely a mirage of scheduling.--And the Valley Shook

The loss to TAMU doesn't look any better, but the win over East Carolina does.--Get the Picture

South Carolina is the weirdest team in the conference. Are they very good or horrible?--Red Cup Rebellion 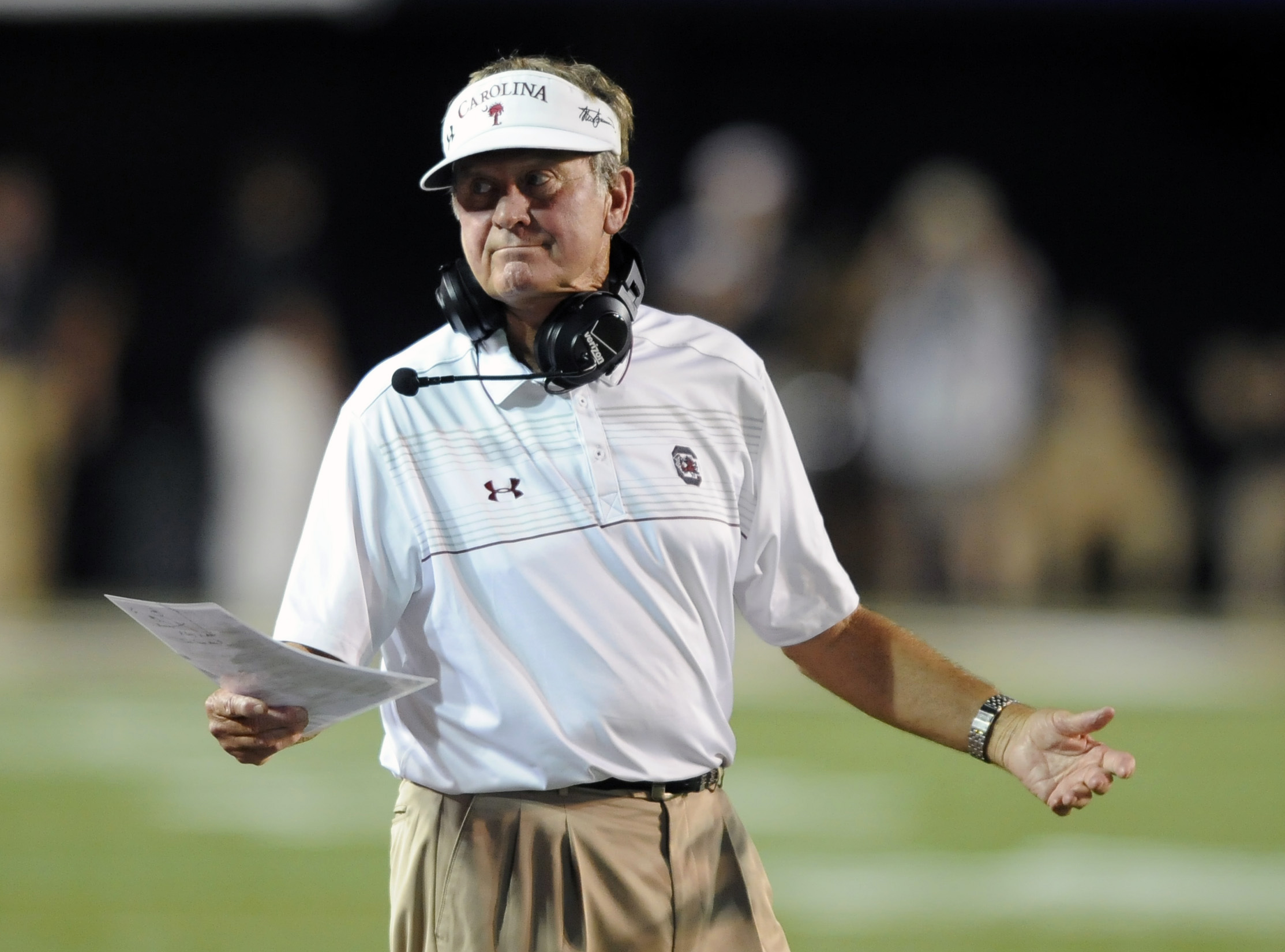 If you want to prove you don't belong with the dregs of the conference, Vols, this would be a good week to show it.--Get the Picture

Another week, another 58 points scored.--Get the Picture

A&M is starting to look a little less unbeatable, but they're still blowing out bad competition.--Red Cup Rebellion 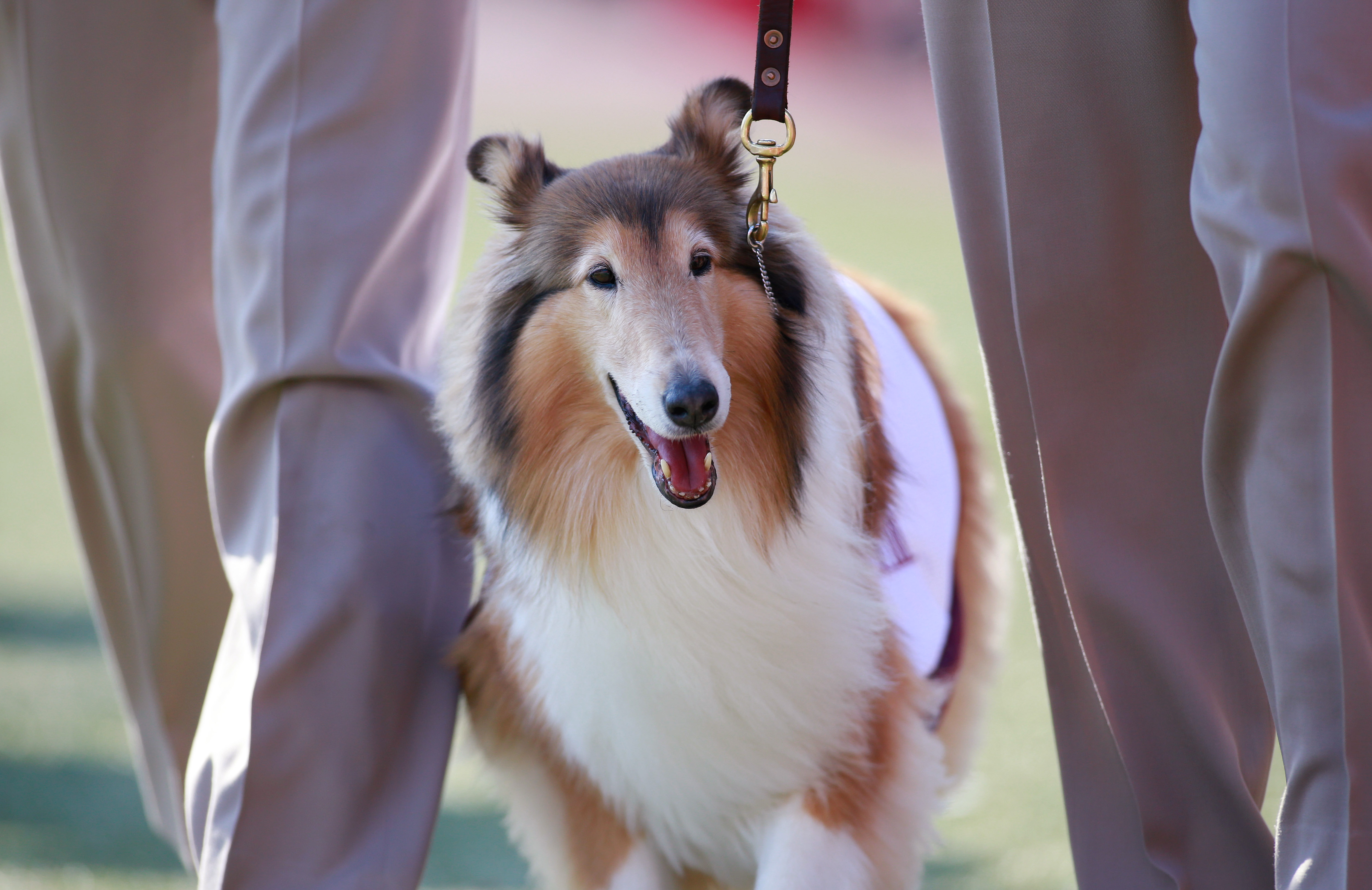 Sign of where Vandy is as a program: They'll come to Kentucky as 15-point dogs after beating the Cats by a combined score of 100-14 over the last 3 years.--A Sea of Blue