This one's gonna be fun!

So contrary to what you think or may have heard, the most intriguing matchup in the country — the world, really — this weekend, is the one pitting Texas A&M against Arizona State. Do not let College GameDay's origination from Fort Worth (which is stupid — just do it in Arlington, where the game is actually played) fool you. That show, and thus the nation's spotlight, is being erroneously shone upon Wisconsin and Alabama due to the mere fact that Wisky finds itself at the tail-end of the top-25. That therefore puts it in a contest against a fellow, though slightly over-ranked, top-25 team, making it the only such matchup in the country. 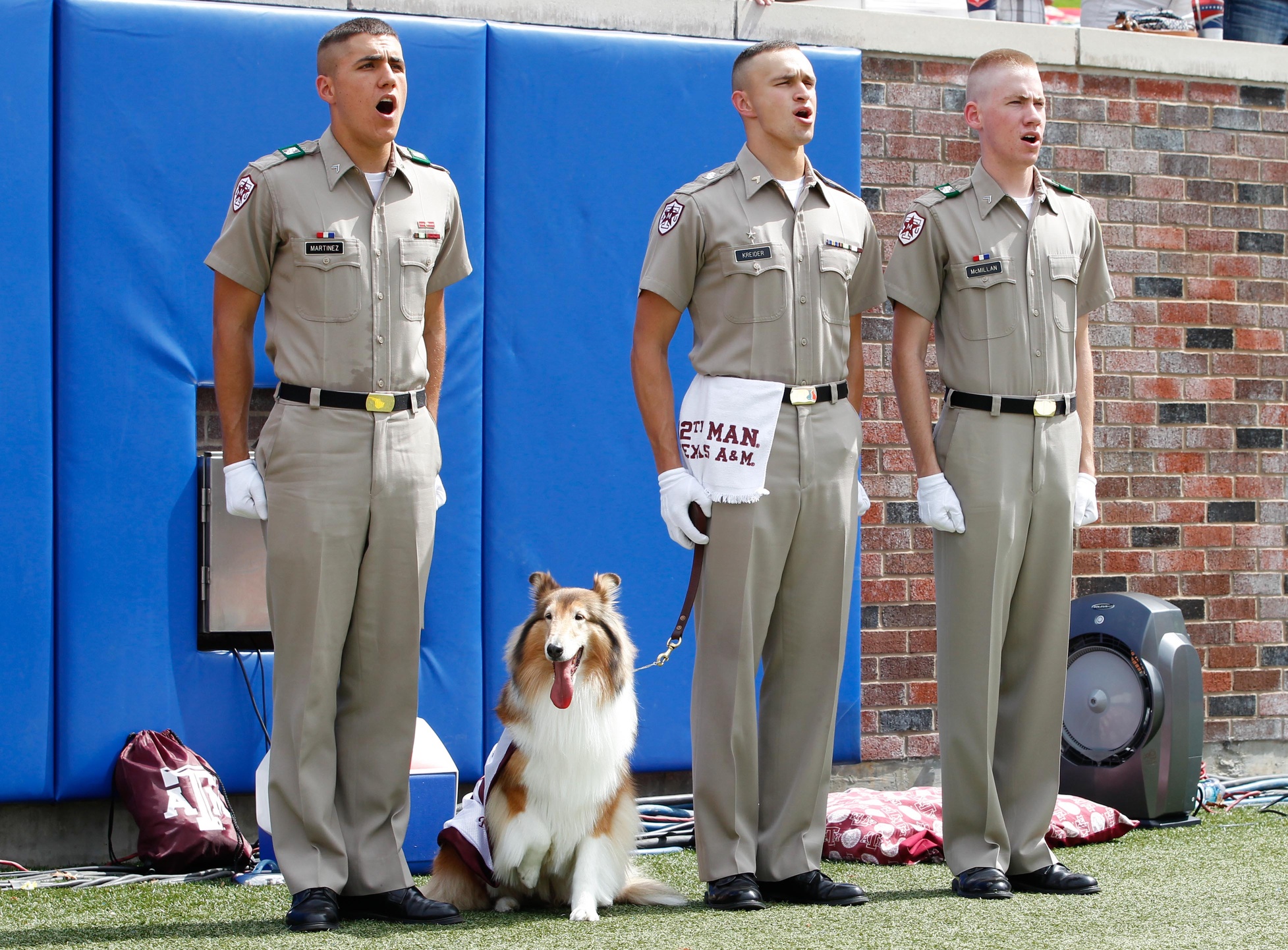 Ad-selling appellations and over-rankings aside however, the Wisky-‘Bama matchup features two generally stodgy, run-first teams, with a lone household name (and a borderline one to boot) lining up for either team, Derrick Henry. The game is likely to be a snooze-fest. A bit down the road in Houston however, is a contest matching up 1) a pair of teams representing inarguably the two best conferences in the nation, and 2) two explosive and high-scoring offenses with defenses that may not be overly-talented, but will make it appear as if they're trying, which is always fun. This game could very well end up with 150 combined points scored. It's bound to be a hell of a time, and deserved more than any other—Wisky-‘Bama especially—of college football's collective attention.

1Pride? Assuming you believe in such things—I don't, but I'm not judging—conference pride is on the line here. During summer's doldrums—when people ran out of other shit to talk about—Who's Better: The SEC or Pac-12? re-emerged as a popular query for debate. It's one that has been argued for a couple years now with no end in sight (until one dramatically drops in production at least). It's worth noting that a topic so subjective can never truly be answered, seeing as how the term "better" can carry with it several different variations: top-to-bottom better, better top-line teams, who'd be the better teams in hypothetical head-to-head matchups, etc. I'm loathe to such talk, but that won't stop others from using this game as a metric for judging conference puissance both immediately and down the line, and using two possible middle-of-the-pack teams to do so. (Unless of course your interest does in fact lie in comparing the two conferences' upper-middle teams. Also, for what it's worth, I think both teams will finish rather high in their divisions.) But if you are a fan of either of these two conferences, clamoring for something remotely tangible on which to pin upon your conference's superiority, this game is your only such chance during this regular season.

2Points, which equals excitement! Neither of these teams, neither now nor recently, has been known to field anything in the way of a menacing defense. (For A&M, the qualifier "productive" could be attributed also.) ASU skipper Todd Graham is defensive-minded, and his team is known to pressure offenses on the constant, but still, this is bound to be a game featuring a pair of defensive units trying to gain their footing. Such is due to inexperience in key places (ASU) or breaking in a new coach/establishing a new identity/and also, inexperience in key places (A&M). As a result, as aforementioned, this game is likely to feature points by the boatload, and not just because of the suspect defenses but also because a pair of offenses with talented and/or experienced personnel abound.

3Potential! Even after one of these teams inevitably loses what figures to be a close game, both of these teams—more so ASU, says popular opinion—figure to be real factors in their divisional races (which, like their conferences as a whole happen to be the inarguable two best divisions in the sport). As we've seen in past years, it takes but one superior unit, a few tweaks and a few breaks for a team loaded with potential (see: TCU 2014, or Auburn 2013, or Notre Dame 2012) to make a surprise run. Though both teams are flying under the radar—even at no. 15, ASU may be getting the least amount of love in its division save Colorado, whom I forgot existed—both have been tapped by several prominent "experts" as serious threats to contend for both a conference ‘ship and a playoff berth. This is a matchup of two teams with loads of untapped potential, and a possible springboard, no matter which side of the result they fall on (should it be close, of course), to a memorable season.

4Promising players on A&M, both from Scottsdale, playing against their hometown-ish school! In the last two years, the high school player ranked as the best of such players in Arizona opted to play for Texas A&M. Doing so first in 2014 was Kyle Allen, Saturday's starter, who was the consensus top quarterback in the country coming out of the prep ranks. Following suit this past cycle was Christian Kirk, who will also start on Saturday, albeit at wide receiver. Though such storylines are often overblown (as is this one), should Allen and Kirk do damage to ASU (a necessity really if A&M wants to win), there will likely be more than a few bitter Sun Devils fans wondering aloud on the internet or the radio, as to why even more of what was likely an already supreme effort was not put into landing the hometown studs. From the Allen/Kirk angle, you'd have to think that both will be even more juiced to show their hometown school/friends what they're missing out on, even if such an extra push typically lasts only a series or two. Also, expect to hear no less than a dozen references to Allen/Kirk's AZ-ties throughout the broadcast.

5Phenoms in the making! Bouncing about the turf Saturday will be a handful of players carrying the potential to one day stand out as the very best at their position—collegiately, at least. The aforementioned Kirk is certainly one of those players, as is to a slight, slight lesser extent, Allen. ASU's Kalen Ballage falls under this umbrella also, though at what position exactly is yet to be determined (more on him in a moment). The "potentially best-at-position" moniker is probably most applicable to A&M defensive end Myles Garrett, whom is already one of the nation's best at his position, and by season's end could be, at worst, tied at the top—unofficially of course—for such a distinction. Also to watch is A&M backup quarterback Kyler Murray, who according to some was last year's top HS QB, and who also, may see glimpses of action on Saturday.

Myles Garrett, DE, Texas A&M: Aside from the fact that he is six-foot-five, 260, and likely carries nary an ounce of fat on him—making him at the very least a marvel to look at, physically—you should watch Myles Garrett on Saturday because he is very, very good. As a freshman—I repeat, as a freshman—homie had 11.5 sacks which, likely no shock to you, was a conference record for such by a freshman. As a sophomore, in a game with a good bit of talent abound, Garrett may be the best player on the field.

Kalen Ballage, RB, Arizona State: Two-way play isn't a foreign concept in college, but the Pac-12 has made a real thing of it as of late. Stanford's Owen Marecic kinda sorta kicked off the trend in 2010, and more recently ex-U-Dubber, Shaq Thompson, as well current UCLA Bruin, Myles Jack, received their fair share of pub for going both ways, and productively. And now, add Ballage to the list of physically imposing players lining up on both sides of the ball: both toting the rock, and thereafter attempting to maim the guy with the rock. I said Ballage is physically imposing, and at six-foot-three, 230 pounds—lining up mostly at running back, I should note—I am not wrong in this assessment. I should also note that, despite his size, Ballage is also athletic (for proof of this, look up his 96-yard KO return in the Sun Bowl last season). Graham will line up the versatile sophomore at running back and outside linebacker, where his specialty will be pass rushing; he will also return kickoffs—and one can presume, largely with success. 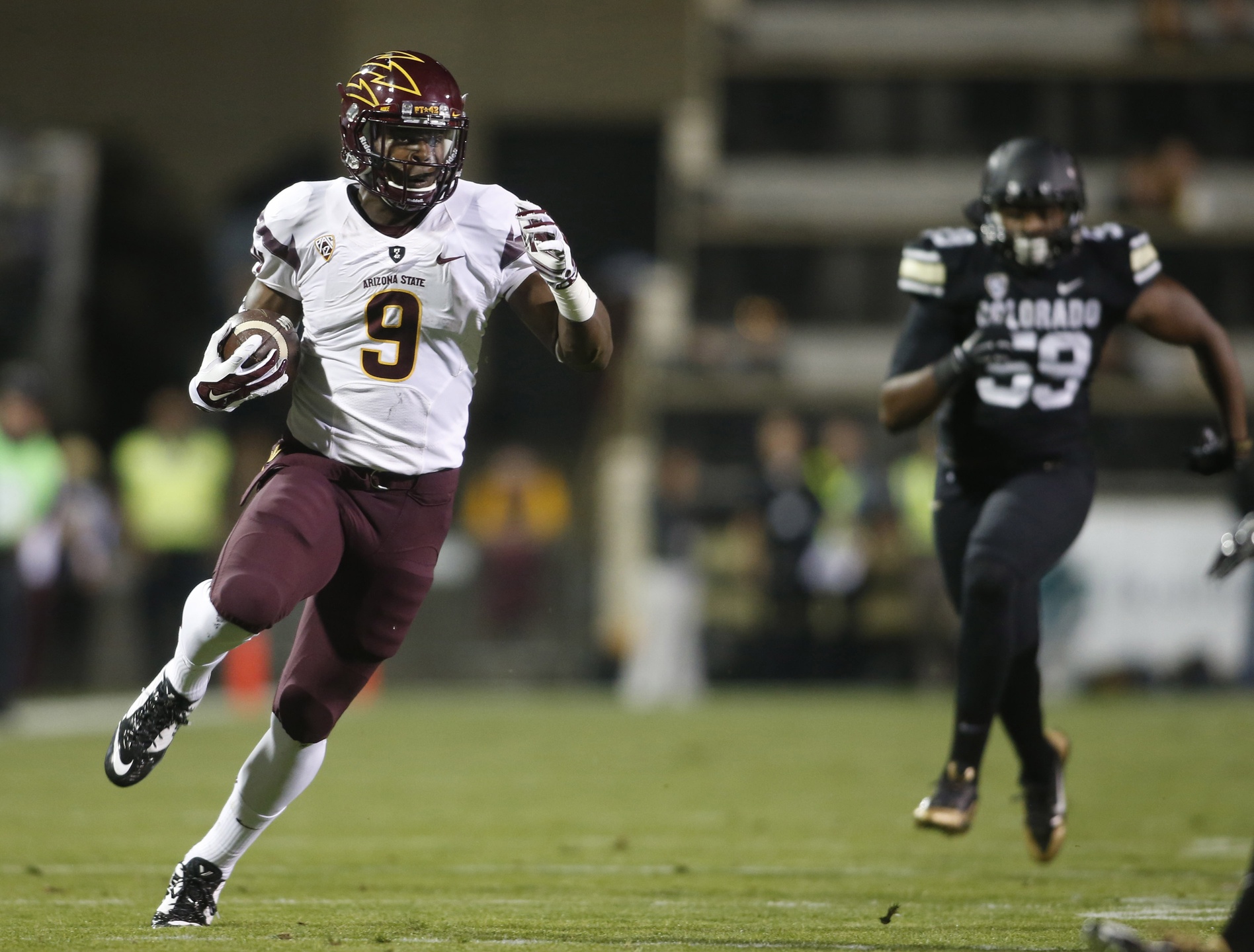 John Chavis, defensive coordinator, Texas A&M: This one totally counts. The over/under for John Chavis cutaways on Saturday is like, 43; you'll be seeing a lot of him. A&M's new defensive coordinator is being hailed as a savior of sorts, typical for a guy universally celebrated as one of the best at what he does who then comes to a place universally censured for its lack of success at the same thing the savior specializes in. Chavis undoubtedly has his work cut out for him, but that hasn't stopped folks from wondering what could possibly happen if A&M fielded even a respectable defense this season. Fair or not, what Chavis's group does on Saturday will be the catalyst for how folks view the Aggies going forward. Should they buy stock now? Or wait until next year?

Like the Aggies, the Sun Devils return sixteen starters, including senior quarterback Mike Bercovici. He really isn't all that bad, and in fact, he was recently predicted by SI's Pete Thamel to win the Heisman this season. ASU on the outside also features vet wideouts D.J. Foster and Devin Lucien, who are sturdy, if not very good. Much like UCLA last year, ASU is everyone's dark horse/sexy pre-season pick to make the playoff, with "experts" from Thamel to Kirk Herbstreit predicting the Sun Devils to be one of college football's final four teams vying for a national title. However. A&M has weapons, man. And if Chavis's boys can hold down the fort just a little, the Aggies could very well pull this one off. Yeesh. My head says ASU, my heart says A&M. For once, I'll go with my head: Arizona State 38, Texas A&M 33.