No. 8 LSU heads to the Carrier Dome.

Share All sharing options for: LSU Tigers vs. Syracuse Orange: Start time, TV coverage, How to Watch Online, and More

LSU will play its first non-conference game of the season Saturday afternoon against an unfamiliar foe. Les Miles' team will face off against Syracuse for just the third time in program history. The Tigers and the Orange have split the series so far, with LSU winning 13-10 in 1965 and 'Cuse getting even with a 23-10 victory in 1989. 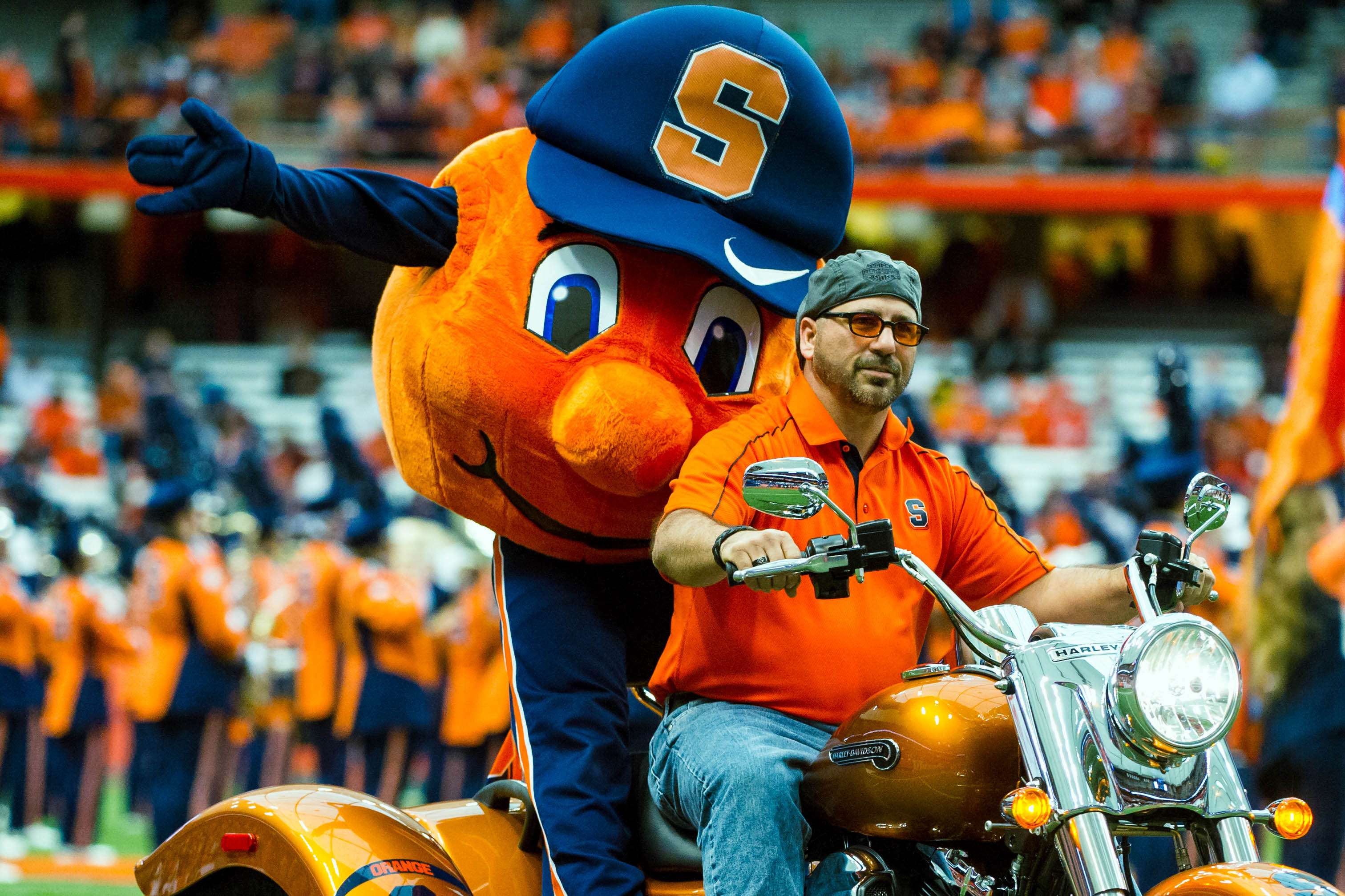 LSU cracked the AP top 10 after spanking Auburn last week. The Tigers appear to have the Heisman frontrunner in sophomore running back Leonard Fournette, who has rumbled for 387 yards and six touchdowns in just two games.

1The LSU rushing attack. Look, it's really good. Despite the fact that LSU's week 1 matchup with McNeese State was cancelled, Fournette is 12th on the FBS rushing yards list this season. He is averaging 8.2 yards per carry and has looked downright unstoppable thus far. Derrius Guice and Darrel Williams have also stepped up in the run game, as they combined for 96 yards vs. Auburn.

2The Syracuse rushing defense. This unit has played lights-out so far. Sure, Rhode Island, Wake Forest and Central Michigan may not have been elite opponents, but Syracuse has allowed a meager 46.7 rushing yards per game. Why, yes, that makes them the third-ranked rushing defense in the FBS.

3Red zone efficiency. LSU and Syracuse are two of just 21 FBS teams that are still perfect in the red zone this season. Fournette has accounted for five of LSU's seven scores in the red zone, while half of Syracuse's red zone scores have come in the form of field goals.

4Syracuse's quarterback carousel. It's week 4 and the team's depth chart at this position is already a mess. Eric Dungey is out with an injury, so walk-on Zack Mahoney figures to start against LSU. However, if Mahoney is struggling, either Austin Wilson or AJ Long may make an appearance.

5Hope springs eternal. Syracuse has already won as many games this season as it did all of last season. LSU is a heavy favorite in this one, but the home team has a bit of momentum after such a positive start to the campaign. Davon Godchaux, DT, LSU: The 293-pounder has three sacks in two games and will ask all kinds of questions of the 'Cuse offensive line.

Deion Jones' replacement, LB, LSU: Either Duke Riley or Lamar Louis could get the nod. Jones was ejected from the Auburn game for targeting and will miss the first half against Syracuse. It will be important to keep an eye on Riley and/or Louis at weakside linebacker.

Jordan Fredericks, RB, Syracuse: The freshman ballcarrier will be tasked with taking the pressure off of Mahoney. Junior running backs George Morris II and Devante McFarlane will also get their touches, but Fredericks has the hot hand after a 73-yard performance against Central Michigan last week.

Syracuse looks much-improved from a year ago, but LSU's monstrous offensive line and potent rushing attack should be enough to give the Tigers a decisive road win. LSU 34, Syracuse 14.