Can Vanderbilt pull a massive upset? Probably not.

Coming off their big road win over Alabama, the cliché is that Ole Miss is prime for a letdown this week while hosting Vanderbilt. But what would really be viewed as a letdown? Few people would project with any seriousness for the Commodores to win, but with the inverse of the letdown question, what do they have to do to not be overly disappointed?

After a physical game and all the media attention that comes in the aftermath of such a win for Ole Miss, the Rebels come into the game banged up and will only be looking for a win before heading to Gainesville next weekend. A closer than many people would expect game would not be surprising, but (to this author anyway) a result like the Rebels' game against UT-Martin and Fresno State would result in stupefaction.

Vanderbilt has positives to build on from their first three games, but any optimism that is left for the season has to come to fruition at the FBS level soon for the season to get off the ground. With Middle Tennessee, Houston, South Carolina and Kentucky still on the schedule, it's not completely unthinkable that Derek Mason's squad makes a bowl game, but multiple upsets will be needed. While the Ole Miss game likely is not the game to make one of those upsets, Vanderbilt could be competitive.

1Getting Off to a Fast Start. Ole Miss has scored first in each of their first three games and has had a halftime lead in every game, but Vanderbilt has yet to score in the first quarter against FBS competition in 2015. Dating back to last season, the Commodores last scored in the first quarter against an FBS team during a 34-10 loss to Florida on November 8. With another slow start by Vanderbilt, the game could be over before it really gets started.

2Something's Got to Give. Ole Miss is first nationally in plays of 50 yards or more with seven while the Commodores have limited the big play on defense. Derek Mason's defense has only given up seven plays of 20 yards or more to tie for 12th nationally and only two plays of forty yards or longer. Two of Ole Miss' 50+ yard plays were among their most notable offensive plays last week against Alabama with the "Tip Six" and pop pass touchdowns.

3Improving the Grade. In his weekly press availability on Monday, Hugh Freeze called Chad Kelly's play against Alabama "average." That's probably fair despite the 341 yards Kelly amassed against Alabama considering 139 came on two big plays and his completion percentage was under 55%. Vanderbilt's defense, while not offering the challenge of Alabama, should be significantly more stout than what was on offer from UT-Martin or Fresno State. Considering multiple injuries on the Ole Miss offensive line (see number four), Vanderbilt's underrated defensive line could have some success in slowing down Dan Werner's offense. 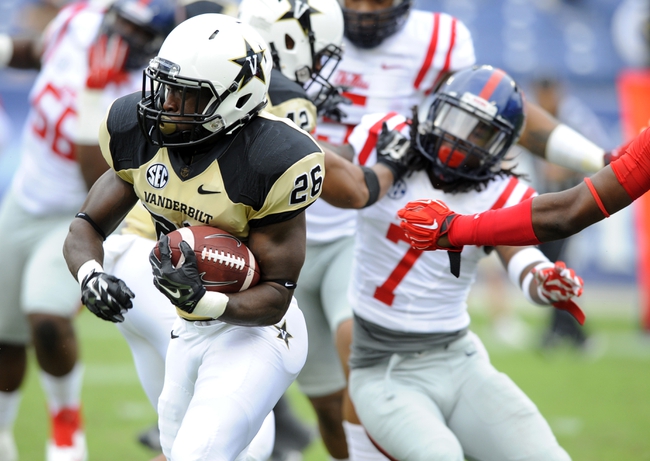 4Injuries and Depth. After a tough, physical game against Alabama, Ole Miss came out with several injuries. Safety Tony Conner was the headline injury and will miss at least four weeks with a torn meniscus but offensive guard Justin Bell and center Robert Conyers missed significant time in the second half of last week's game. Along with the continued absence of Laremy Tunsil, those injuries forced the Rebels to play most of the second half with an offensive line including a true sophomore, two redshirt freshmen and a true freshman. For a position group that was a question mark regarding depth to start the year, that depth has been tested early and has held up so far, but any more or continued absences could be very detrimental to future success.

5Turnovers. These two teams fall on the opposite end of the spectrum in regards to turnovers. Vanderbilt has not had a game with positive turnover margin since November 2013 (!)'s game against Kentucky. In 2015, the Commodores have posted a margin of -2 or -3 turnovers in each game and the only turnover forced on the season has been a fumble in the Georgia game. Meanwhile after a +5 turnover margin against Alabama, Ole Miss is third nationally with a +6 margin on the season. Through 73 attempts, Chad Kelly has taken care of the ball and only has a single interception.

Evan Engram and Steven Scheu, TEs: Engram and Scheu were the first and second team tight ends on 2014's AP All-SEC Team, but both have gotten off to slow starts for 2015 as neither has a touchdown catch thus far. Scheu missed the Austin Peay game, but he is expected to be back against Ole Miss. He has four catches for 55 yards while Engram has two for 27. Neither ranks higher than seventh on their own rosters in receiving yards. Can either have a big day on Saturday and get their season kicked off? Both led their teams in receiving in last year's matchup in Nashville, so it might not be unexpected for the pair of tight ends to have big games. 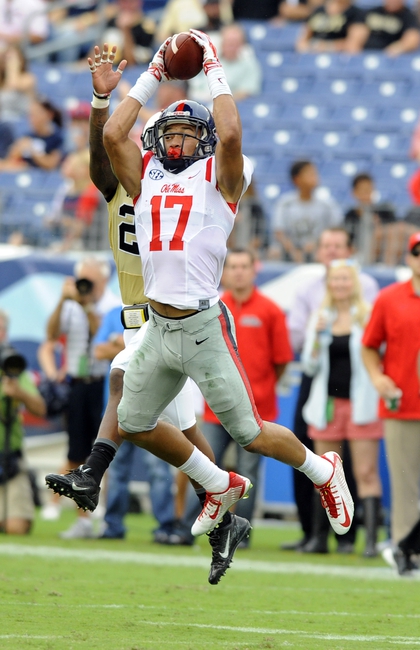 Jordan Wilkins, RB, Ole Miss: Wilkins led Ole Miss in rushing at Alabama with 39 yards on seven carries with a touchdown. Wilkins closed out the 2014 season with a touchdown pass in the Egg Bowl along with a 41 yard run and has emerged as Ole Miss most consistent running back outside of the diminutive Jaylen Walton. Wilkins' older brother Trey played wide receiver at Vanderbilt and started two games for the 2014 version of the Commodores.

Ole Miss gets off to a slow start but pulls out to a three touchdown lead at halftime. Ralph Webb runs for 85+ yards for Vanderbilt and scores a second half touchdown, but the Rebels coast to a comfortable win but doesn't quite cover the 27 point spread. Ole Miss 35, Vanderbilt 10