Spoiler alert: I think the Tigers are going to win.

Share All sharing options for: Auburn Tigers vs. LSU Tigers: Start time, TV coverage, How to Watch Online, and More

Auburn looked god-awful last week, and the week before, meh. It won both games of course, but many people are now down on Auburn as you might've guessed. LSU didn't have a first game because of weather, and LSU last week needed a missed field goal to win its game. 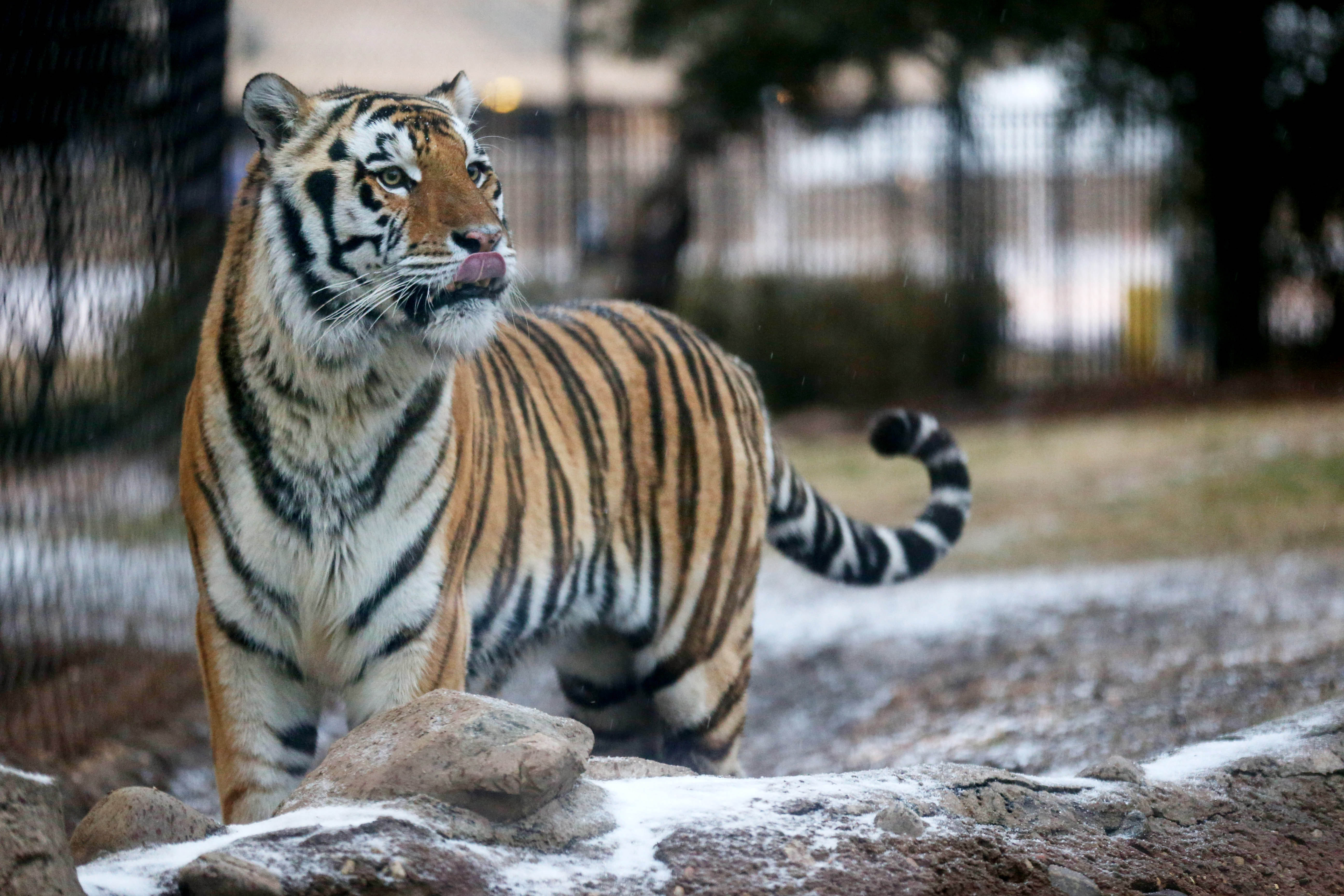 But lots of folks appear high on LSU, or its potential at least—in relation to Auburn especially. ESPN's FPI whatever says LSU has an 85% chance of beating AU. They play each other on Saturday and Lordy Lordy it could (should!) be a good time. In the last four years, this game has been fun—fun meaning close—only once. However, with a pair of offenses still sorting stuff out, Saturday could mark a return to one of those slugfests this matchup's been known to produce every now and again. A bummer if you like points, sure, but a good time otherwise.

1Quarterback play, duh. There are a bunch of big games this weekend: Ole-Miss vs. Alabama, Stanford vs. USC, and Ga. Tech vs. Notre Dame. The results of all them, like almost every football game ever, will hinge very much on quarterback play. But at least one quarterback in each of those aforesaid matches has impressed over an entire game before. The two quarterbacks in this game, Jeremy Johnson and Brandon Harris, have never had a 60-minute outing that was deemed wholly impressive. Not a one. Auburn's Johnson was widely predicted to breakout this season, his first as a starter. He's been pretty much terrible to this point, throwing five picks in two games versus three touchdowns.

Harris made his first career start last year in this same game. He was awful and quickly pulled, and his team would proceed to be beaten down, thoroughly. His second start ever came last week, and he didn't do much other than hand off to Leonard Fournette, and watch him run. We have no idea what Harris really can or can't do. We know a bit more on Johnson, but the take on him this week has been there's no way a guy that ballyhooed in the preseason can be this sucky: he's gotta be better than he's shown, right? With both defenses assuredly zeroed in on the opposing run games, both Johnson and Harris will have to make plays downfield: a first ever for Harris, and a tall task for Johnson, who can't seem to attempt such without throwing it to the wrong team.

2Auburn's run game. AU's success under Gus Malzahn has come largely because of good rushing attacks. Auburn this season, total, has rushed for 355 yards. Again, as a team. For context, through two games last season, AU had rushed for 660 total yards. Auburn should have a full compliment of backs on Saturday including former five-stars Roc Thomas and Jovon Robinson, who have both been hobbled already this season (the team's leading rusher, Peyton Barber, will also play). AU needs to re-establish its run game, and early, to get the offense going; and I'm quite sure that's exactly what it plans on doing.

3Can LSU get to Johnson? Jeremy Johnson has dropped back to pass 53 times this season, and he hasn't been sacked yet. Considering his underwhelming year thus far, I guess that's not too big a deal. But, Johnson has shown in glimpses what he can do through the air. I assume LSU does not want to run the risk of Johnson finding his groove and will therefore attempt to pressure him. LSU's front is a more than decent bunch and sacked rather mobile QB Dak Prescott three times last week. Johnson, again, has been shaky despite nary a hand touching him; he is also not what you would call a running threat. If LSU can fluster Johnson, goodness, he may throw 10 picks.

4Blown out of proportion pre-game smack talk. Auburn's Rudy Ford said something non-encouraging about LSU wrecking ball, Leonard Fournette, because Fournette does not play for Ford's team. He said it "shouldn't be difficult" and "not much of a challenge" to stop Fournette, which of course has media folk saying how unwise it was to say that because Fournette is skilled and strong. I personally love such talk and can't get enough, so I was thrilled to hear that an LSU player had something not-favorable to say about Auburn: "We know that [Jeremy Johnson], if we play our technique right ... he should be able to throw us [an interception] if not, hand it to us," LSU cornerback Dwayne Thomas told reporters this week. "With the tight coverage that we play, we're looking forward to him giving us a few." Of course, no one has been up in arms over that quote, though. Most believe it to be true.

5Must-win?So yeah, this game is big, obviously. Auburn was picked by the SEC media to win the conference, and LSU is a national darling of sorts, having been picked by both Kirk Herbstreit and Lee Corso to make the playoff. The teams have three games played between them and really, despite AU's lackluster start and LSU's nice win last week, we still don't know just how good or bad either of these teams are. It's early yes, and a loss for either team will be just its first in-conference stumble, sure. But with the abundance of divisional talent, this game really, will likely serve as the end of the line for one team's hopes this year.

Montravius Adams, DT, Auburn: Adams has played rather well to start the season, notching 13 tackles from his interior line spot. It's a certainty LSU will attempt to run often, and usually with Fournette who last week carried 28 times (for 159 yards and 3 touchdowns if you wanted to know). Though Harris' arm is still unproven, AU will have to prove itself that it can stop the run, and its Adams who'll have to spearhead such an effort. And if not, well, Harris' arm may remain unproven after Saturday. 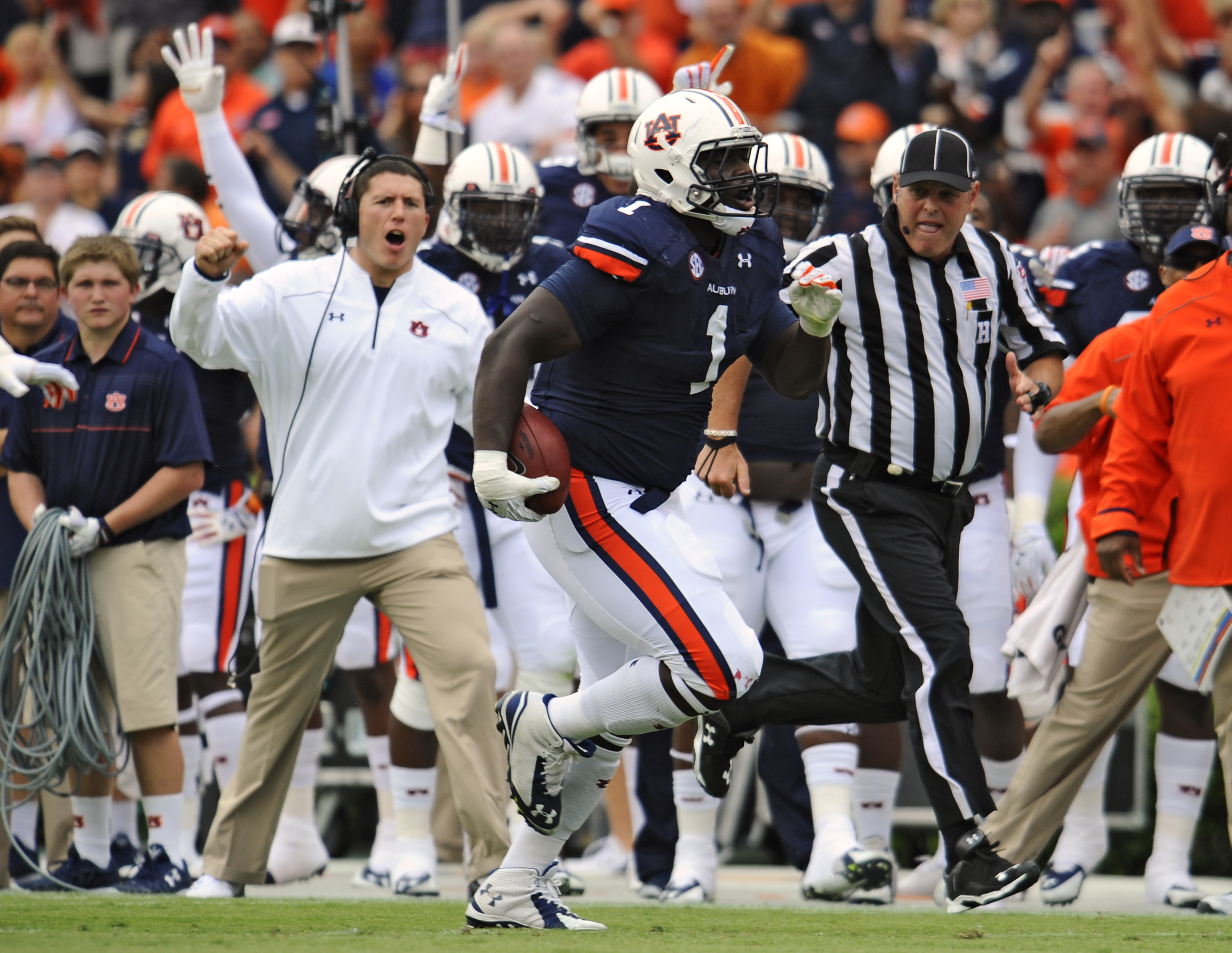 Travin Dural, WR, LSU: Of Harris' nine, short, completions last week, Dural caught the most, receiving four (totaling 15 yards); it would appear Dural is a favorite target of Harris'. Dural is also threat in other ways: he last week took an end-around 90-yards for a touchdown that was called-back. In short, Dural is a playmaker, and LSU is likely to find ways to get him the ball, often.

Jamal Adams, strong safety, LSU: Adams—absolutely no relation to Montravius—appears to be equally adept at stopping both the run and pass, a handy skillset to have against a team who will challenge both on the ground and through the air. Though a relative pup as a sophomore, Adams is being hailed as a top safety in the country by some and is already considered the leader of LSU's back end. He prefers to go for the big stick, but LSU's secondary is clearly eyeing a pick or two on Saturday and have said as much.

ESPN's FPI whatever is essentially giving Auburn no shot to win this game. I disagree. Say what you want about the blue and orange Tigers being overrated sure, but we're still yet to see the best this team has to offer. It may take a while for the team to hit its stride, but I have little doubt that Auburn shows up on Saturday. However LSU, despite its unproven quarterback, has top end talent virtually every else on its offense. The defense isn't shabby. The Bayou Bengals are at home. I like LSU, but in a game closer than some are predicting. LSU 26, Auburn 24