The big one has arrived.

It's a matchup that transcends the sport itself, one that encapsulates the magic of college football as a whole while also standing alone in its uniqueness. LSU and Alabama are getting together for the 80th time on Saturday night in what figures to be an instant classic. 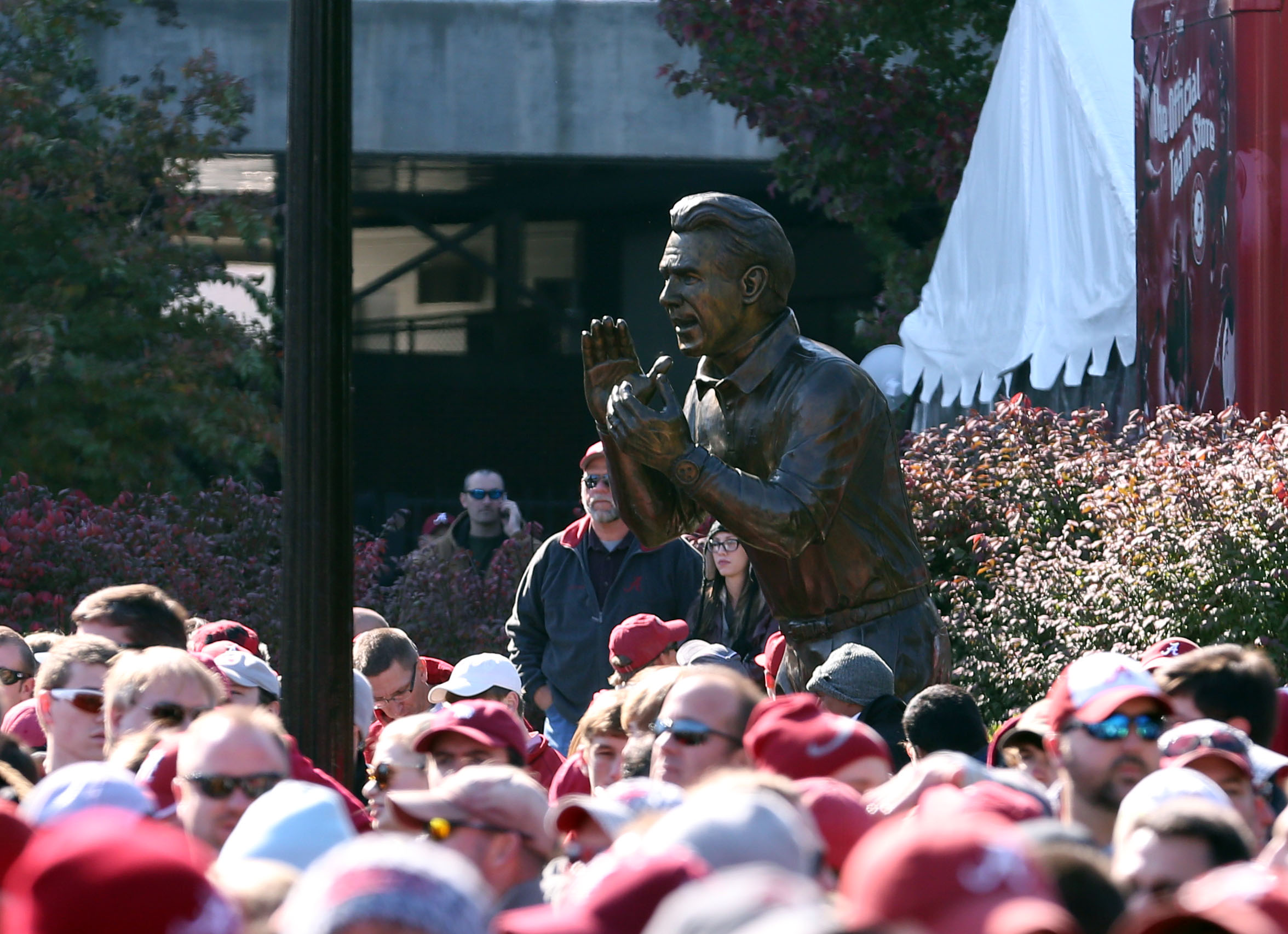 1Top-five matchup: The last time LSU and Bama played when at least one team was unranked? 2006. Yes, this has been a top-25 matchup for the past eight years. The Tigers roll into Tuscaloosa as the No. 2 team in the land, according to the newly released College Football Playoff rankings. The Tide, meanwhile, are sitting at No. 4 and obviously need a win in order to stay in the CFP discussion, given their loss to Ole Miss in September.

2The ballcarriers: Leonard Fournette and Derrick Henry are both on Heisman shortlists for a reason. LSU's superhuman tailback is averaging 7.7 yards per carry this season and has been simply impossible to contain. Alabama's elite front seven vs. LSU's No. 7 will be a key game within the game on Saturday night. Likewise, Henry also has quite a challenge, and quite an opportunity, waiting for him. He has scored at least one touchdown in every game this season and has exploded in major games (140+ yards vs. Wisconsin, Georgia, Texas A&M and Tennessee). Fournette rushed for 79 yards on 21 carries in this game a year ago, while Henry scraped together just 24 yards on eight carries as he spelled T.J. Yeldon.

3The signal callers: Brandon Harris does not turn the ball over (no INTs through seven games). The LSU QB has been sound in his decision-making and has never looked like relinquishing his starting role. He has flashed an ability to connect on deep balls, and he may need to look to Travin Dural and Malachi Dupre early and often to keep the Tide defense honest. As for his counterpart Jake Coker, the seven picks on the year may be causing some Bama fans to feel mildly disconcerted. However, if Coker is poised and establishes a nice rhythm from the game's onset, he should be able to ask questions of LSU's pass defense (ranked 66th in the FBS).

4Tight end injury woes: LSU TE Dillon Gordon went down with an Achilles tendon injury against Florida last month and is expected to miss the remainder of the season. It is not that Gordon had been a prolific receiving tight end, but he is a big fellow with serious potential as a run blocker. Suiting up on the other side on Saturday night will be O.J. Howard, who has established himself as one of the finest run blockers in the country. Howard's influence in this game could be massive, as we can expect to see quite a bit of the ground game from both teams.

5Five straight? Nick Saban and company will have five consecutive victories over LSU if they win this game (including 2012 BCS National Championship win over the Tigers). It would not be the first five-game streak in this series since the turn of the millennium, though, as LSU strung together five wins over the Tide between 2003 and 2007. 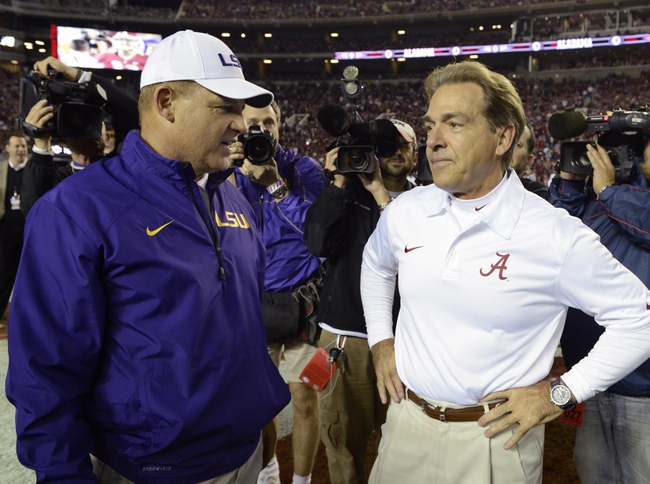 Lewis Neal, DE, LSU: The junior has six sacks in his past four outings. He is consistent game after game, play after play. Neal invades the backfield and should be able to challenge Bama's big boys up front throughout the game.

Adam Griffith, K, Alabama: Yes, watch the kicker. Watch everything he does. Points could very well be at a premium in this one, and this kind of game could certainly come down to Griffith's right boot. He has made just 62.5 percent of his field goals this season.

Derrius Guice, RB, LSU: Fournette obviously garners quite a bit of attention from the media and from opposing defenses. However, he is actually not the only running back on the roster. Alarming, I know. The freshman Guice has been outstanding in his backup role. He has averaged 9.3 yards per carry this season and could get a few meaningful handoffs against the Tide.

The 9-6 game in 2011 was magical. Field goals are awesome. With that said, I think there will be more than 15 points scored in this game. Bama edged LSU 20-13 in an overtime thriller last year, but I'm not feeling overtime in this one. Rather, I think this game will most resemble the 2012 clash. Three years ago, T.J. Yeldon stormed into the end zone in the waning moments of the game to give the Tide a dramatic 21-17 win. I'm going with the Alabama despite their mediocre form at Bryant-Denny Stadium this season. Bama scores a late TD to steal the W, leaving both teams still very much alive in the CFP mix. Alabama 28, LSU 27.