The Volunteer State battle has had larger stakes, but it still means something.

When you think about in-state rivalries, the one between the Tennessee Volunteers and Vanderbilt Commodores rarely comes to mind as one of the biggest. It may not be for outsiders on the level of the Iron Bowl and Egg Bowl thanks to the traditionally lopsided character to the series, but it still means something to the participants. 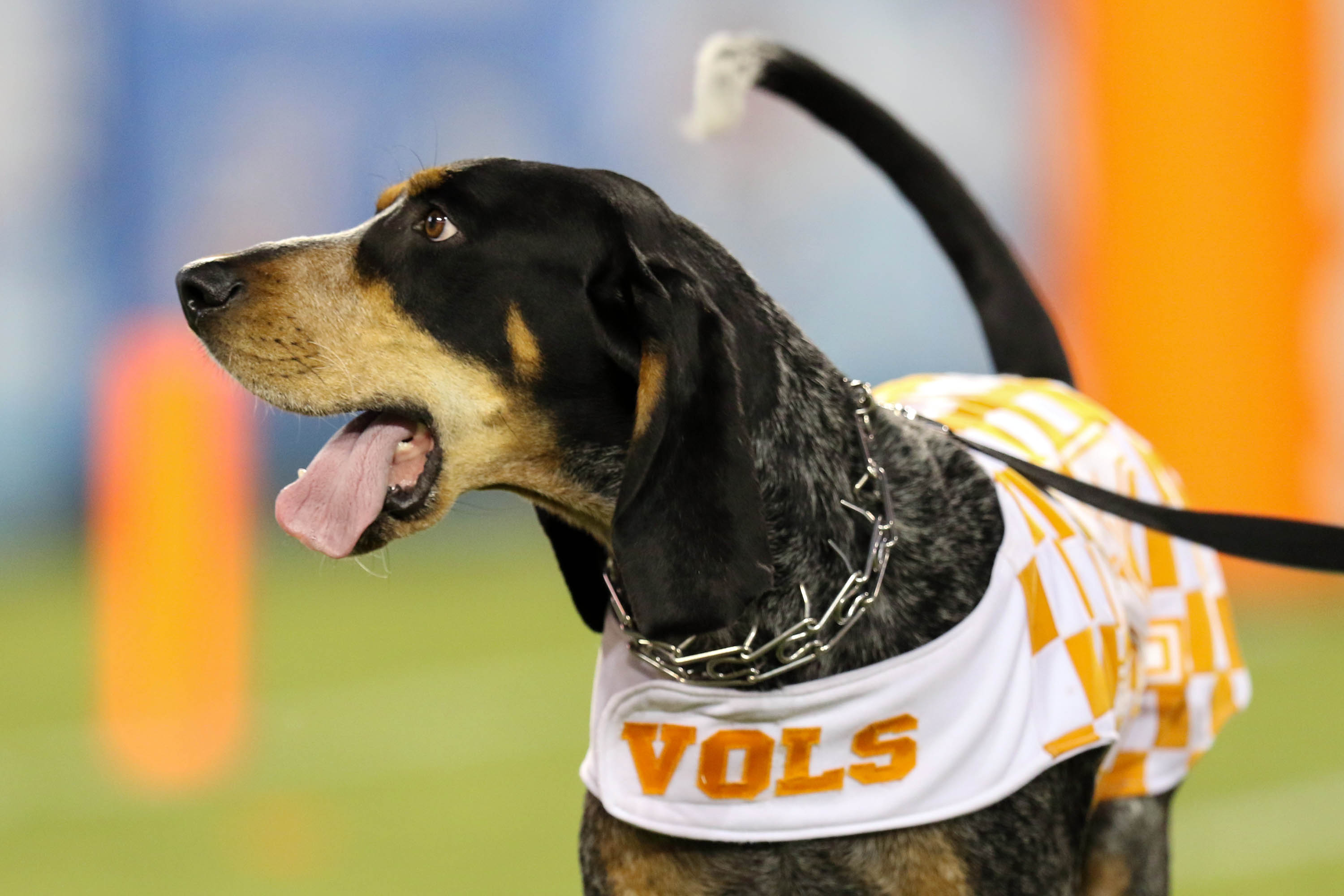 And this year, despite the disparity of the records of the two teams, there is plenty of meaning on the line.

1Butch Jones finishing strong. This has turned out to be a year where many SEC programs have been unhappy with their coaches. It was a long time ago, but back in September, it seemed like Butch Jones might have been feeling the most heat of anyone. His team blew late leads against Oklahoma and Florida, and it couldn't hold an early two-score lead against Arkansas either. While that noise has quieted down as the team has won more games, the chatter might come back if UT falls to sub-.500 Vandy. The Volunteer faithful have been impatient to return to the top tier of the conference since before they pushed out Phillip Fulmer. A 7-5 finish with a loss to Vandy would only fan those flames of frustration.

2Derek Mason playing with house money. It looked last year like the Mason experiment might have blown up in the hangar. A 3-9 finish followed by the firing of both coordinators after three straight bowl appearances boded poorly. This year though, the defense under Mason's personal supervision has carried the team to more wins than last year already. Vandy has clinched fourth place in the East after finishing seventh in 2014, and a win over the Vols would be a cherry on top of a nice turnaround.

3Let's go streaking. If Vandy wins this game, it will make three wins in the past four games in the series after Commodore victories in 2012 and 2013. The last time Vanderbilt won so many games against Tennessee in such a short span was when it won six straight over seven years from 1920-26. There have seldom been times when the teams have been this close for this long.

4Finding a spark. At this point in the season, teams are what they are. What Vanderbilt is: a team with an awful offense. In SEC play, Vandy is dead last in rushing yards per carry. It's in the depths of passing efficiency right next to Mizzou, and the same goes for scoring. The Commodores have scored 20+ points against FBS competition just once, two weeks ago when they got 21 against Kentucky. But even then, one touchdown was a pick six and another was a four-yard drive following a UK fumble. Unless something truly unprecedented happens, this one is all (once again) on the Vanderbilt defense.

5Orange rush. The Vandy defense may just be up to the task though, as it's allowing just 0.7 points per game in the SEC than Alabama is. While UT is fourth in conference play in passing efficiency, it's still only at a solid but unspectacular 130.77. The Vols like to run at least 50% more than pass, and they've got nearly the same number of rushing yards per game as the Tide to show for it. If Joshua Dobbs and Jalen Hurd keep the sticks moving on the ground, the Volunteers will be in great shape.

Derek Barnett, DE, Tennessee: After receiving a fair amount of attention in the offseason, Barnett's name hasn't come up a ton during the regular season. It's through no fault of his, though. He's tied for fifth in conference play in sacks and 14th in tackles for loss. Expect him to have a big game stopping Vandy's anemic offense.

Ralph Webb, RB, Vanderbilt: Webb doesn't run for a high average thanks in part to a shaky offensive line and little support from the pass game, but he has shouldered the load for the Commodores. He crossed the 1,000 yard mark a week ago, and he's hungry for more now. He's crossed the century mark three times and hit 99 yards twice more. Webb will have to carry the ball a bunch of times for Vandy to have a shot to win. 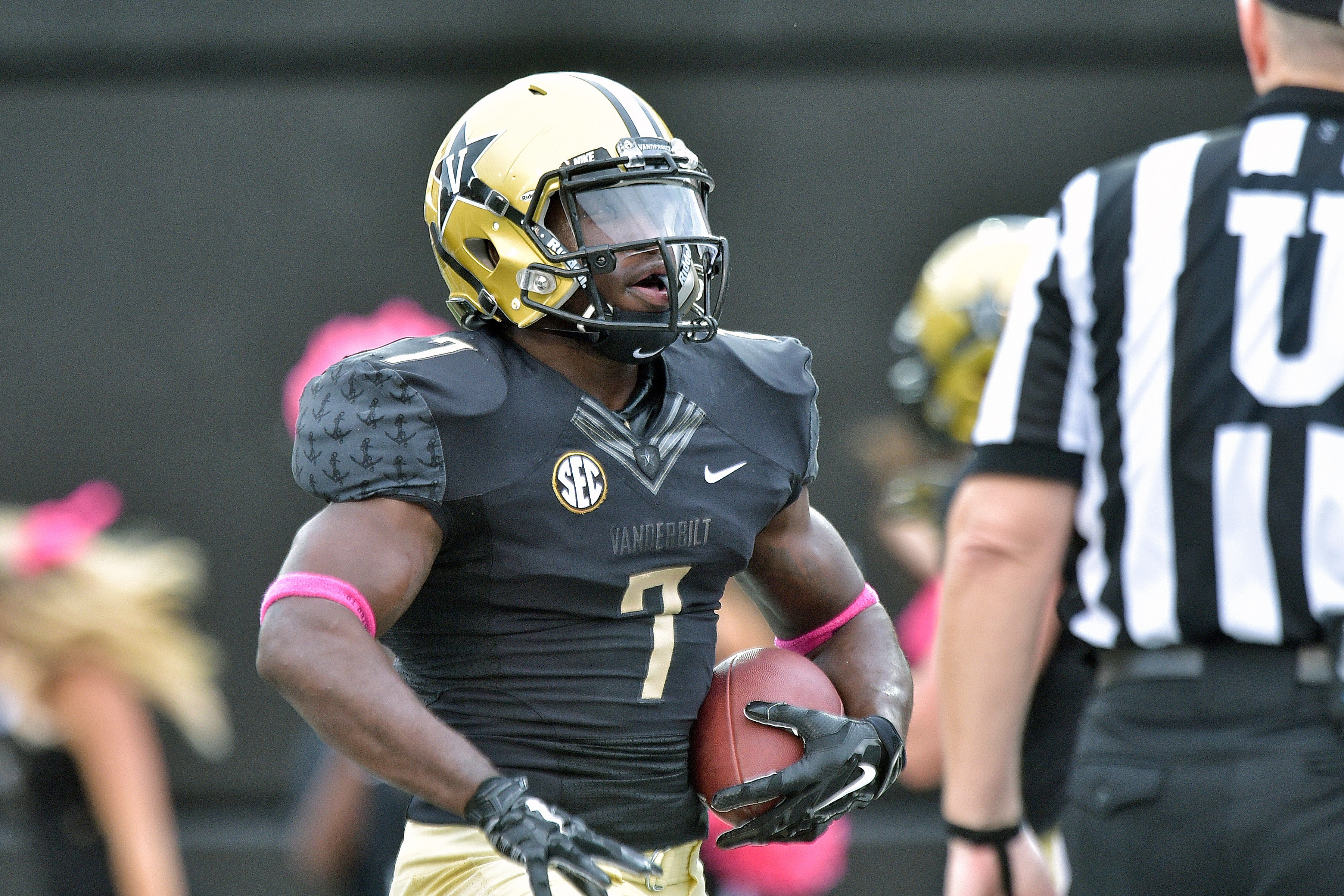 Joshua Dobbs, QB, Tennessee: The signal caller has been steady for Tennessee this season, but he's hit a late November slump. In an uninspiring win over North Texas, his passing efficiency was just 108.8 with a pick and no touchdowns. Last week against Mizzou's ferocious defense, he was worse and put up a 93.9 with 3.6 yards per attempt. Vandy's defense is no less stout than Missouri's is, so he's in for another poor performance if he doesn't snap out of this.

The Vols will get off to a slow start as the Commodore defense holds early. The unit will begin to tire though as Hurd wears them down and the offense doesn't sustain drives. UT pulls away late to secure its eighth win of the year. Tennessee 23, Vanderbilt 9