LSU travels to face Ole Miss Saturday with both teams coming off losses to Arkansas with a bye week in between for the Rebels. The Tigers will be looking to avoid their first three game losing streak since 1999 while the Rebels hold out some bit of hope to win the SEC West but must beat LSU to do so (along with beating Mississippi State and Auburn defeating Alabama). 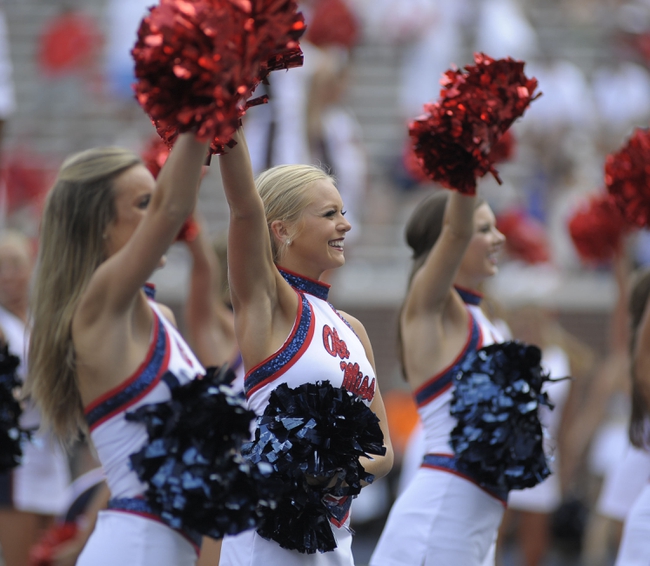 But for all practical purposes, both of these teams are playing for pride and bowl placement. Either team could presumably slot into one of the New Years Six games by winning out, but losing out could push (more likely the Rebels) down as far as the Music City or Liberty Bowls as a part of the clustering the SEC has had since last season with six bowls after the NY6 games and the Citrus Bowl.

Regardless of bowl placement, the loser of this game will be looking at the season as a major disappointment. For LSU, a loss would make LSU's 2015 season look similar to 2014's season ending swoon for Ole Miss. After starting the season on a roll and appearing in the top four of the early College Football Playoff rankings, the second half of SEC play so far has doomed the Tigers season and could end Les Miles' tenure in Baton Rouge if rumors are accurate.

For Ole Miss, 2015 has been the season that has been pointed towards since the beginning of Hugh Freeze's tenure, but particularly after signing one of the top classes in the country in 2013. Laquon Treadwell, Laremy Tunsil, Robert Nkemdiche and Tony Conner have all lived up to the recruiting hype and could all leave (with the first three almost certain) along with former three star tight end Evan Engram and a host of seniors who have been major contributors throughout Freeze's four years in Oxford. With as much talent as is departing Oxford after the season, 2016 has the look of a bit of rebuilding season and ending the year with a potential 7-5 regular season record would be a major capitulation given expectations.

1The Magnolia Bowl? While Ole Miss and LSU have met 103 times, since 2008 this game has been referred to as the Magnolia Bowl as decided by the student governments of both institutions in honor of the state flower of both states. Remarkably, for a trophy game which will have its eighth game this year, the trophy is already in its third (and worst) iteration. Since the start of the Magnolia Bowl, LSU holds a 4-3 series lead. Dating back to the halcyon days prior to the trophy, the series has largely been a competitive one in recent years as nine of the last 13 games have been determined by a margin of six points or less.

Reminder: This is what the #MagnoliaBowl trophy looks like now, after Ole Miss broke old one.. http://t.co/QeR3qm6DpU pic.twitter.com/JudR8XeJCH

2Rough Weeks Both teams have faced adversity throughout game week. LSU has been dealing with the fallout of the report of the demise of Les Miles' tenure with potential losses to Ole Miss and Texas A&M while Ole Miss will be without linebacker and leading tackler Denzel Nkemdiche. It was reported Wednesday evening that Nkemdiche was in the ICU at an Oxford hospital after being found unresponsive earlier in the week. The unreported cause that landed the elder but more diminutive Nkemdiche is not life threatening, but he will not play in Saturday's game.

3Chad Kelly vs. the LSU pass defense Chad Kelly has led the second ranked S&P+ passing offense (behind only Arkansas) and is near the top of SEC quarterbacks in almost every passing category including leading in passing yards per game (by nearly 60 YPG), completion percentage, attempts and touchdowns. The LSU passing defense, meanwhile, ranks seventh in the S&P+ passing defense rankings but has yielded the second most passing touchdowns among SEC touchdowns. Whichever unit gets an advantage in the game will go a long way towards determining the victor along with...

4Leonard Fournette vs. the Ole Miss rush defense Despite the narrative of the demise of Fournette's Heisman candidacy after struggling the last two weeks, Fournette still leads the nation in rushing yards despite having played a game less than most other top running backs. Accordingly, the sophomore from New Orleans ranks first nationally in yards per game, eclipsing second placed Dalvin Cook by over 11 yards per game. The Rebels' defense comes in to the game ranked 13th in the rushing defense S&P+ and, after giving up 215 yards and two touchdowns to Alabama, has only yielded three other rushing touchdowns and no more than 163 yards.

5Special Teams the Difference? From the famed LSU punt return of Billy Cannon in 1959 to Odell Beckham's late, game tying punt return in 2012 to Jonathan Nichols pair of missed field goals in the legendary 2003 game that ended with a four point margin to Andrew Ritter's game winning field goal in 2013 for the Rebels, special teams have often played a major part in the outcome of the games in this series. Trent Dominique is perfect on the year for the Tigers in field goals at 10/10 while Gary Wunderlich is a solid 83%. Both teams rank towards the bottom of the SEC in kickoff returns, but the Rebels rank dead last in punt returns while LSU ranks last nationally in punt return coverage and last in the SEC in kickoff return coverage. If the game is tight, neither team seems to have a major advantage, but a breakdown could be critical.

Laquon Treadwell, WR, Ole Miss: Treadwell has been on fire the last several weeks as the junior wide receiver has gone over 100 yards in the last five games and six of the last seven. The Rebel receiver leads the SEC in receiving and has come back strongly after the broken ankle that ended his 2014 campaign. After the Ole Miss offense went into a bit of a lull in the middle of the season, Treadwell seems to be on a mission the last several weeks and has been living up to every bit of hype that came with him to Oxford. 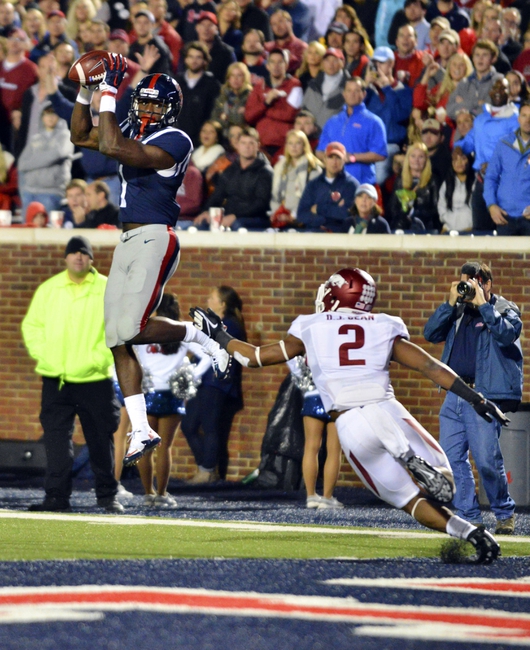 Jerald Hawkins, LT, LSU: Hawkins re-injured his ankle against Arkansas and sat much of the game after giving up three sacks in 22 snaps. Hawkins is expected to play after practicing this week, but will be a spot on the offensive line to keep an eye on. If Hawkins can not go, K.J. Malone will likely replace him as he did last week against the Razorbacks.

Malachi Dupre and Travin Dural, WR, LSU: Ole Miss' secondary and linebackers have struggled in pass coverage at key opportunities in 2015 and will likely be keying on stopping Fournette. If Dupre and Dural can make some plays and Brandon Harris can get the ball to them, they could stretch the field to help open the running game for the Tigers.

The popular pick this week has been to take the Rebels and Hugh Freeze's squad has been favored all week by Vegas from four to six points. I think the game will be tight throughout, but will come down to a late special teams opportunity and the Tigers avoid the three game losing streak. LSU 34, Ole Miss 31