Since losing to Ole Miss in mid-September, Alabama has dismantled pretty much every team it has faced. 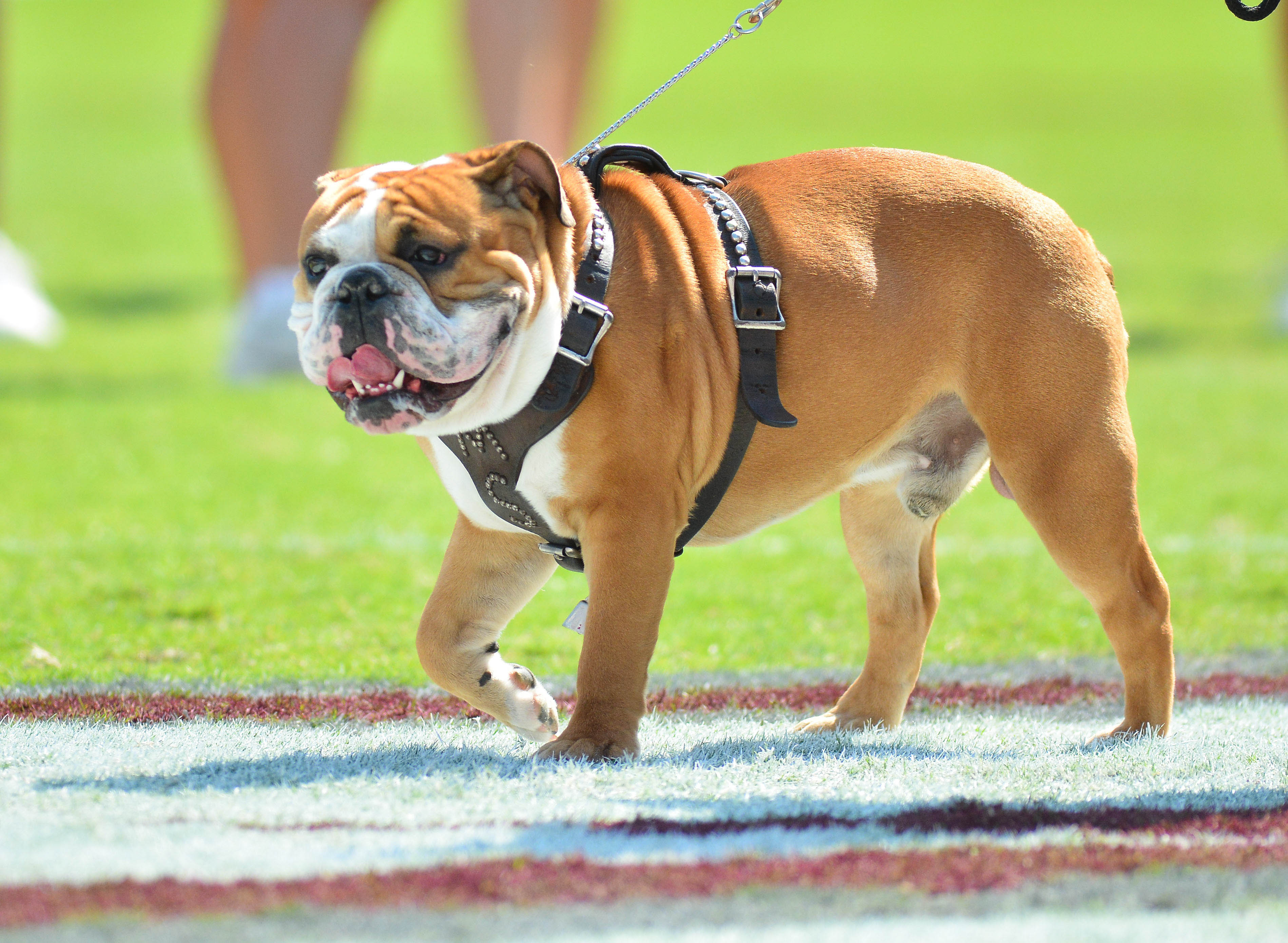 Sure, Tennessee kept things awfully close, but aside from that game the Tide have been merciless. 38-10 over Georgia. 41-23 over Texas A&M. 30-16 over LSU. Bama enters Saturday's contest at 8-1 on the season, fresh off of a complete performance against LSU.

Mississippi State, meanwhile, has quietly been going about its business and is riding a four-game win streak. The Bulldogs just clobbered Missouri on the road and now return home for a massive SEC West contest.

1Stopping the train: Derrick Henry got 38 carries against LSU last week. He has rushed for 200+ yards in two of his last three games and has found the end zone at least once in every game this season. Henry is regularly filling up the stat sheet and is looking unstoppable in the process. Mississippi State, ranked 67th in the FBS at stopping the run, is facing quite a challenge.

2Super Dak's lack of turnovers: Dak Prescott has tossed 18 TDs to just one INT this season. Almost exactly a year ago, the QB entered Bryant-Denny Stadium and threw three picks against the Tide. He has made tremendous strides in terms of taking care of the football and is now even more fun to watch.

3Airing it out: Mississippi State has a supremely talented group of wideouts. De'Runnya Wilson leads the team in yards (626) and TDs (8), but Fred Ross has hauled in the most balls this season (51). LSU's Leonard Fournette managed just 1.6 yards per carry last week, so the passing attack is looking extra enticing for the Bulldogs. If Prescott can link up with his receivers early, he just might be able to do some damage with his legs as the game wears on. It is worth noting that he had 22 rushes for 82 yards in this game last year.

4The game manager: When AJ McCarron quarterbacked Bama to countless wins and a couple of national titles, he was often referred to as a "game manager." Jake Coker can strive to be a quarterback, but simply trying to be a game manager sure looks like it will do the trick. He does not need to be a Heisman candidate, as there is already one in his backfield. If Coker can take care of the football and make a handful of clutch throws, especially on the money down, Bama figures to be just fine.

5Gone but not forgotten: When these two teams take the field on Saturday, their hearts will be heavier than any of the hits that will take place out there -- their emotions deeper than the thrill of victory or the sour taste of defeat. Both programs are mourning at the moment. For Alabama, former running back Altee Tenpenny died in a car accident last month. For Mississippi State, freshman defensive lineman Keith Joseph Jr. and his dad Keith Joseph Sr., a former Bulldog, passed away in a car crash earlier this month.

Kenyan Drake, RB, Alabama: With over 100 total yards against LSU last week, Drake showed his stuff as both a ball carrier and as a pass catcher. He is such a weapon coming out of the backfield and is the ideal all-purpose back to spell the larger Henry. 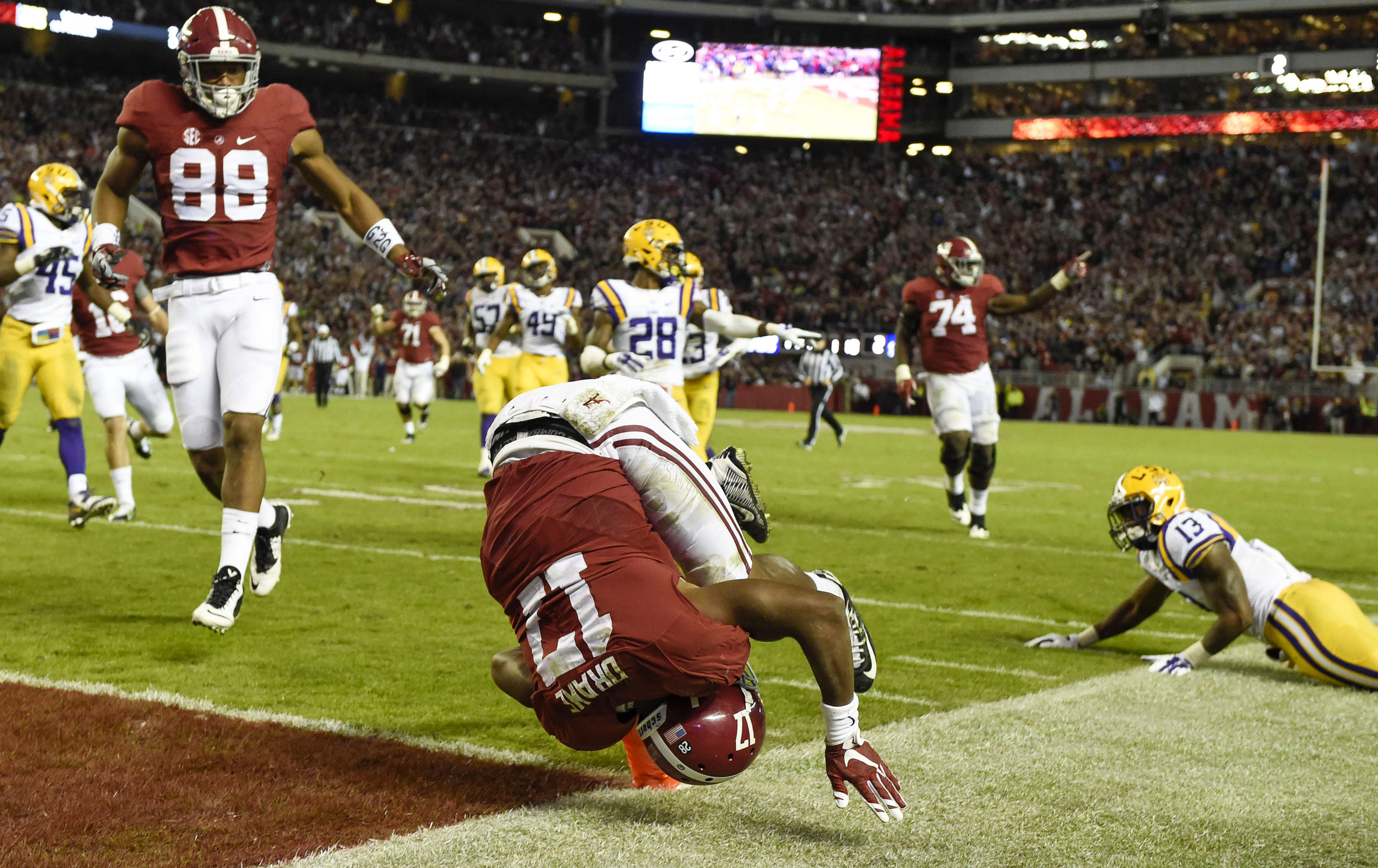 Richie Brown, LB, Miss St: The inside linebacker will need to have a productive day and be able to make plays against Alabama's talented tailbacks. With that said, he may be able to make his mark on this game in pass defense. If Brown can make plays when dropping into coverage, Coker will have a much tougher day at the office.

Calvin Ridley, WR, Alabama: The freshman has emerged as Bama's No. 1 receiver this season. Ridley has become a reliable go-to for Coker in the passing game as a versatile wideout. Plus, he has established himself as a legitimate home-run threat, which the Bulldogs' secondary has surely taken note of.

Alabama is humming right now. Mississippi State figures to challenge Bama with its spread offense, but Kirby Smart's NFL front seven has been nothing short of elite this season. Alabama 27, Mississippi State 20.