So much yet so little on the line.

LOL, only like three months ago was this game widely prophesized to be a pitting of the SEC's respective division leaders, and now here we are on the day it'll actually be played out, and no one gives a damn about what'll happen. In fact this game is being played at noon. And not noon in the way that Texas-Oklahoma is played at noon, but rather, the noon slot reserved for throwaway matches no one cares about—either because one of the teams is doing godawfully bad, or both teams are doing godawfully bad. 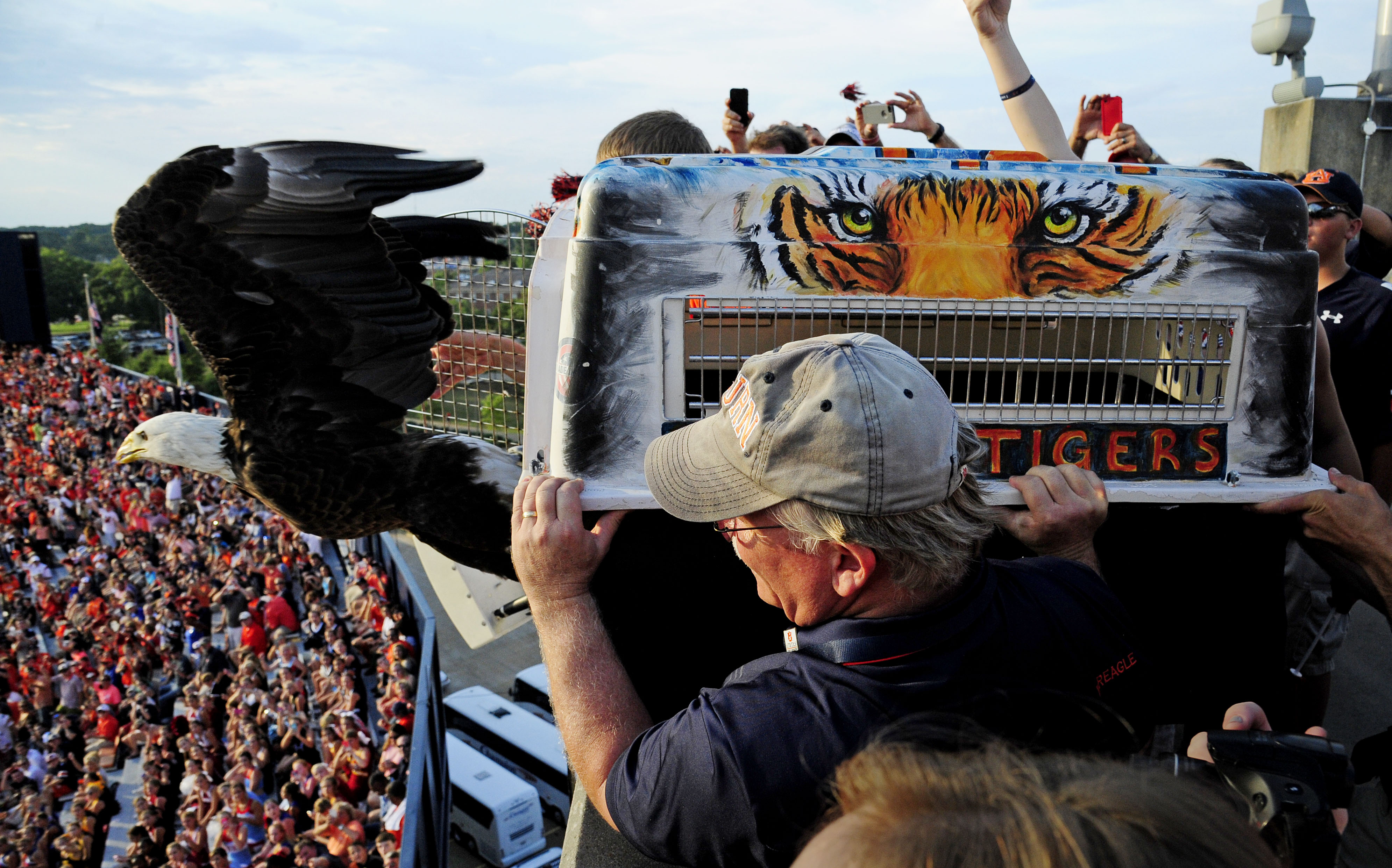 Both of these teams are doing pretty badly right now. And that's OK! Teams have bad seasons sometimes. Things weren't always bad, of course. Georgia's but a healthy Nick Chubb away from maybe perhaps, having only one loss; Auburn's biggest sin, really, is playing in the SEC West, and yet is still only a few earlier moves and healthy bodies away from almost contention.

But that's how things are sometimes, you know. People get hurt, games are lost, and suddenly people think your team is no good.

1You're gonna see like, four quarterbacks on Saturday. A rather sizeable reasoning for these teams' respective places is piss poor quarterback play. We're in mid-November, mind you; and yet, neither of these teams' skippers feels comfortable naming (publicly) just one guy to be his general. To be fair, Auburn's in this situation now mostly because the guy they kind of entrusted to run things got hurt. Then the guy whom he usurped actually played not-badly in place of him last week, and so now Auburn might wind up playing both of them. We're actually not sure what'll happen, because Auburn for whatever reason is playing coy. You'd think this game actually means something. Anyhoo, Georgia's in this situation for more straightforward reasons: none of its quarterbacks are any good. When that's the case, you may as well play ‘em all and see who happens to suck the least on that particular day.

2Both teams are coming off their best games in a while. These two both won last week despite a run-up of dubiety surrounding their chances to do so. Georgia had a hellacious week in particular, with talks of people maybe getting fired, or might've having already been fired, and all kinds of stuff. Though set to host sliding Kentucky at home, a Georgia implosion was being braced for. But then the game actually started or whatever, and Georgia's players played inspired—as teams on the heels of a trying week are wont to do. UGA won handily. Auburn's week wasn't all that hectic publicly, but shortly before its tussle with A&M, it was announced the Tigers would be forced to play Jeremy Johnson again. The reaction to such generally looked like this. But then Johnson wound up with 132 passing yards, and a passing touchdown, and a win. He didn't throw an interception, if you can believe it.

3Lose this game and you may wind up in Shreveport. Georgia qualified for bowl eligibility last weekend, and Auburn will do so at worst, next week. Wittingly or not, both now begin playing for bowl placement, and a loss in this game all but assures the loser a place in the pits of bowl-dom. ESPN currently has Auburn projected for such, saying the Tigers are currently a good bet to play in the Camping World Independence Bowl. (Side note: if like me, you're wondering what happened to the Duck Commander sponsorship, here.) However, such a projection may be tied to another ESPN projection, this one predicting that Georgia wins on Saturday. That said, should Auburn pull off the "upset," it may also in turn send the ‘Dawgs to Shreveport in its place. Do not overlook this motivating factor.

4Tiebreaker! "The Deep South's Oldest Rivalry" is also tied, and the winner of this game will untie it their favor. These teams have danced 118 times now, with each winning 55 dance-offs apiece along with eight ties. And with little to nothing else on the line here, this adds at least some element of intrigue to an otherwise uncared about outcome.

5Said outcome will be predicated probably, on who stops the run best. Ball-throwing likely won't be done in abundance here; only one in this possible quartet of quarterbacks can actually throw it a great ways, and when he does, the ball oftentimes lands in a player's arms not of his own team. And say the quarterbacks in question could actually throw it some; now, just who would they throw it to exactly? Exactly. So yes, there'll be a lot of running on Saturday. And this is preferred, really. Running back Jovon Robinson balled for Auburn last week, doing such to the tune of 159 yards on 27 carries. Sony Michel, who does Robinson's job also, just in Georgia colors, rushed for 165 yards on 24 carries. Whoever runs the ball best, or conversely, stops the other team from running better than the other, will most likely win.

Jovon Robinson, RB, Auburn: Now that he's healthy, Robinson's output from last week could maybe turn into the norm. Georgia's defensive front is decent, but it's not foreign to gashings courtesy of opposing run-games. Robinson'll be spelled at times by Peyton Barber, but this'll likely be Robinson's show on Saturday for better or worse. 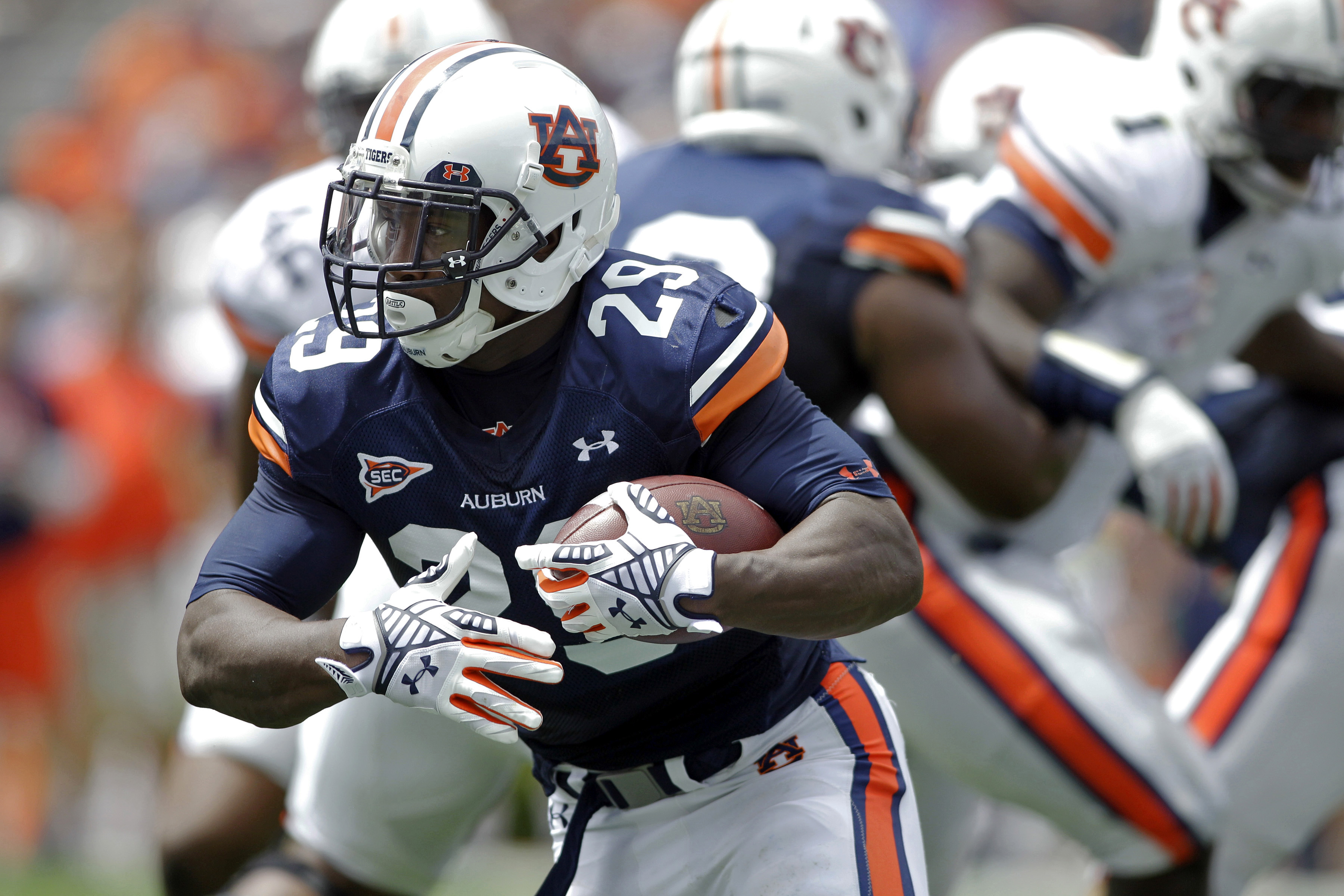 Sony Michel, RB, Georgia: This following phrase has been uttered or typed probably quite a bit, but folks forget that it was Michel, not Chubb, who had five-stars next to his name in high school. Michel's day versus Kentucky is what was largely expected out of him going into last year. Georgia has a tad—just a tad—more weapons of which to dispose offensively; but like his Auburn counterpart Robinson, a UGA win or loss likely hinges on Michel's performance.

Mark Richt, Head Coach, Georgia: This maybe could be a must-win for Richt, even if I and others disagree on the notion of Richt ever needing to absolutely win one game to keep his job. But who knows what Richt is being told behind-the-scenes, or how just how high of a regard the Georgia powers-at-be hold this game. Just to be safe, Richt should go ahead and win this game. Of course, such is hardly up to him.

Unfortunately—well, maybe unfortunately—for Richt, I think Auburn will nip the Dawgs. With talent and coaching being an almost wash, one must look to other factors like who's playing at home, to make a prediction. Auburn's at home, therefore Auburn will win, I think. Auburn 20, Georgia 17.