The Bulldogs' are becoming even more entrenched at the top of our rankings, and Vanderbilt continues to be the unanimous choice for the bottom. Where did everyone else land?

Georgia has tightened its grip on the first-place spot this week, picking up 61.5 percent of the No. 1 votes as opposed to 54.5 percent last week. Alabama jumps up to second because #OwlPower, or something, bumping Auburn clear down to fourth. LSU and Ole Miss stay put from a week ago, while Missouri and Florida both move up two spots, the latter presumably because it actually played a game.

A second subpar game in a row bumps South Carolina down two spots, Tennessee remains in 11th, and Arkansas' demolition of Nicholls State was enough to beat out the Wildcats after the Razorbacks narrowly trailed Kentucky last week. Vanderbilt is still Vanderbilt and still the only unanimous team on the board right now.

We've still got some clumps of teams here -- Georgia through LSU is pretty tight, there's not a huge amount of separation between Missouri and Tennessee, with Ole Miss somewhere kind of in the middle of those two groups. Arkansas, Kentucky and Vanderbilt are still seen as the bottom three, though Vanderbilt has a commanding lead in our annual informal Worst of the Best race. Voters?

Alabama's quarterback controversy is probably meaningless overall. They'll win on the back of a stifling run defense, physical receivers, and gigantic tailbacks -- so basically they'll do what Nick Saban has always done.--Red Cup Rebellion

The beat goes on in Tuscaloosa. The Tide need to get over their "QB controversy". Blake Sims has played more than well enough to hold on to the job. As long as Amari Cooper, TJ Yeldon and Derrick Henry are on the roster, Alabama's offense will be just fine.--A Sea of Blue

One might have expected Bama to beat FAU even worse than 41-0, but this really can't be held against Bama as (a) Saban is not one to run up the score against outmatched opponents, and (b) the game was called with 9 minutes to go because of lightning. Normally there would be a clear breakdown between garbage/non-garbage time, but Florida Atlantic is the hottest of flaming dumpster fires, thanks in part to 'Hot Carl' Pelini (aka, the fun Pelini, and no, Bo, riffing on your catlady fake twitter doesn't convince us).--Rocky Top Talk

How bad is Nicholls State?  The last time that program lost by more than sixty points ... was last year, against Louisiana-Lafayette.--Get the Picture

Auburn's defense hasn't been out of this world, but their offense sure has been.--Red Cup Rebellion

The Tigers have looked impressive in their early season games, but the real challenge will be how they fare against everyone in the SEC West not named Arkansas.--For Whom the Cowbell Tolls

While Amari Cooper is the best receiver, no one has a one-two punch like Auburn's Duke Williams and Sammie Coates. Three serviceable, if unspectacular, running backs have the numbers but nowhere near the pizzazz and home run ability of Tre Mason. Defense, amazingly, is worse up the middle.--Roll Bama Roll

A WILD OFFENSE APPEARS! Like a weary traveller finally exiting a desert, many Gator fans must've thought the first few touchdowns were a mirage. Jeff Driskel is a fragile camel in this scenario, by the way.--Rock M Nation

Well, the Florida offense looked revived.  Of course, most offenses would against E. Michigan.--For Whom the Cowbell Tolls

The offense is going to scare no one past 18 yards ... then again, they don't need to, as Homer Smith et al have shown. The defense is healthy and mean, Mack Brown is running hard, secondary is excellent, Driskel is comfy in his zone. Anything less than 9 wins should rightly earn Muschamp a Hooverville bindle. I think he hits that mark exactly.--Roll Bama Roll 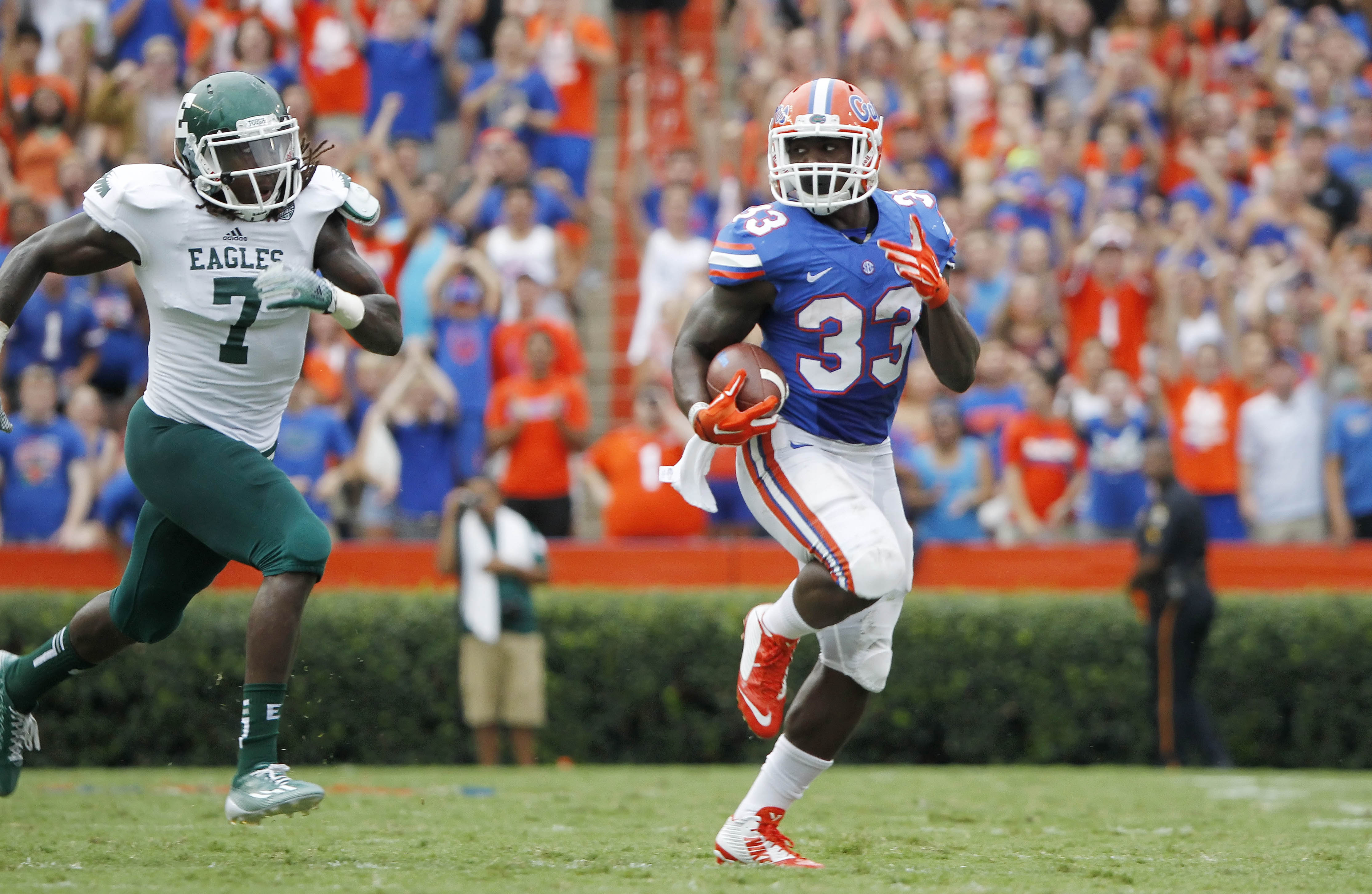 Left out of this week's WLOCP (World's Largest Outdoor Cupcake Party). If the Dawgs take care of business in Columbia they may already be in the driver's seat in the East.--Dawg Sports

They prevailed against Bye, who is probably better than Lamar, Sam Houston State, and Nicholls State.--Rocky Top Talk

The Bulldogs look like the early class of the SEC.  We will learn a lot in their matchup with South Carolina.--For Whom the Cowbell Tolls

Beating a MAC team is still better than half of the B1G could do.--Red Cup Rebellion

Kentucky gets their annual root canal against Florida this weekend, but they are 2-0.--A Sea of Blue

We know nothing about this team other than they can recruit a little better and finally catch a forward pass.--Roll Bama Roll

If Travin Dural looks as unstoppable against actual competition as he did against Sam Houston State, he'll make Anthony Jennings look pretty good as well.--Dawg Sports

It obviously wasn't much of a game if the biggest story was a freshman running back doing the Heisman pose after a 4-yard rush.--Arkansas Fight

People should be able to do the Heisman pose whenever and wherever they want. Get the last gallon of milk at the supermarket? Hit the Heisman. Got that monthly bonus? Heisman. I'm doing it right now just because I submitted this comment.--Rock M Nation

You can't call your defense the "Psycho Defense" and then give up 550-ish yards to a CUSA team -- unless, by "psycho," y'all meant a person who literally suffers from a psychosis.--Red Cup Rebellion

Real Talk with Dak Prescott: Hey Dak, We know you're named after a totally cool Star Wars character, but you do realize that guy dies at the end of his scene, right? We bring it up because WHY WAS DAMIEN WILLIAMS IN THE GAME DURING NON-GARBAGE TIME IF YOU HAVE A HEISMAN CAMPAIGN GOING ON?! You don't passively sit on the sidelines, you punch Danno in the mouth and tell him that there's no way you're playing second fiddle to some sophomore from the white-trash part of New Orleans. I mean, I'm expecting you to at least match the hype level of the Deuce McAllister for Heisman campaign from That School Up North before you fall flat on your face in front of a national audience. Get it together, dude. Your friends, RTT --Rocky Top Talk

If the Bulldogs can hit a few kicks and not rotate quarterbacks, they could be the team that no one in the West feels very comfortable playing.--For Whom the Cowbell Tolls

Missouri is missing Henry Josey's ability to take pressure off of Mauk. Mauk takes too many chances throwing the ball. That'll come back to bite the Tigers.--Georgia Sports Blog

They proved that they don't belong in the Big Ten. They can convincingly beat a MAC team.--And the Valley Shook

Beat UCF by a lot and you'll have my attention.--A Sea of Blue

Dominant in beating Vanderbilt, which earns them the best cupcake win of the weekend.--Get the Picture

They made Vandy look bad, but then again, Vandy was shellacked by Temple last week. It does concern us that Dr. Bo is still attempting underhanded shovel passes, but he's super fun to watch, and his looseness with the football definitely won't come back to bite the Rebel Black Bears. In unrelated news, a vote for Ole Miss is a vote for spinning the Hype Machine up to Absolute Maximum Nutt prior to the October 4th game against Alabama.--Rocky Top Talk 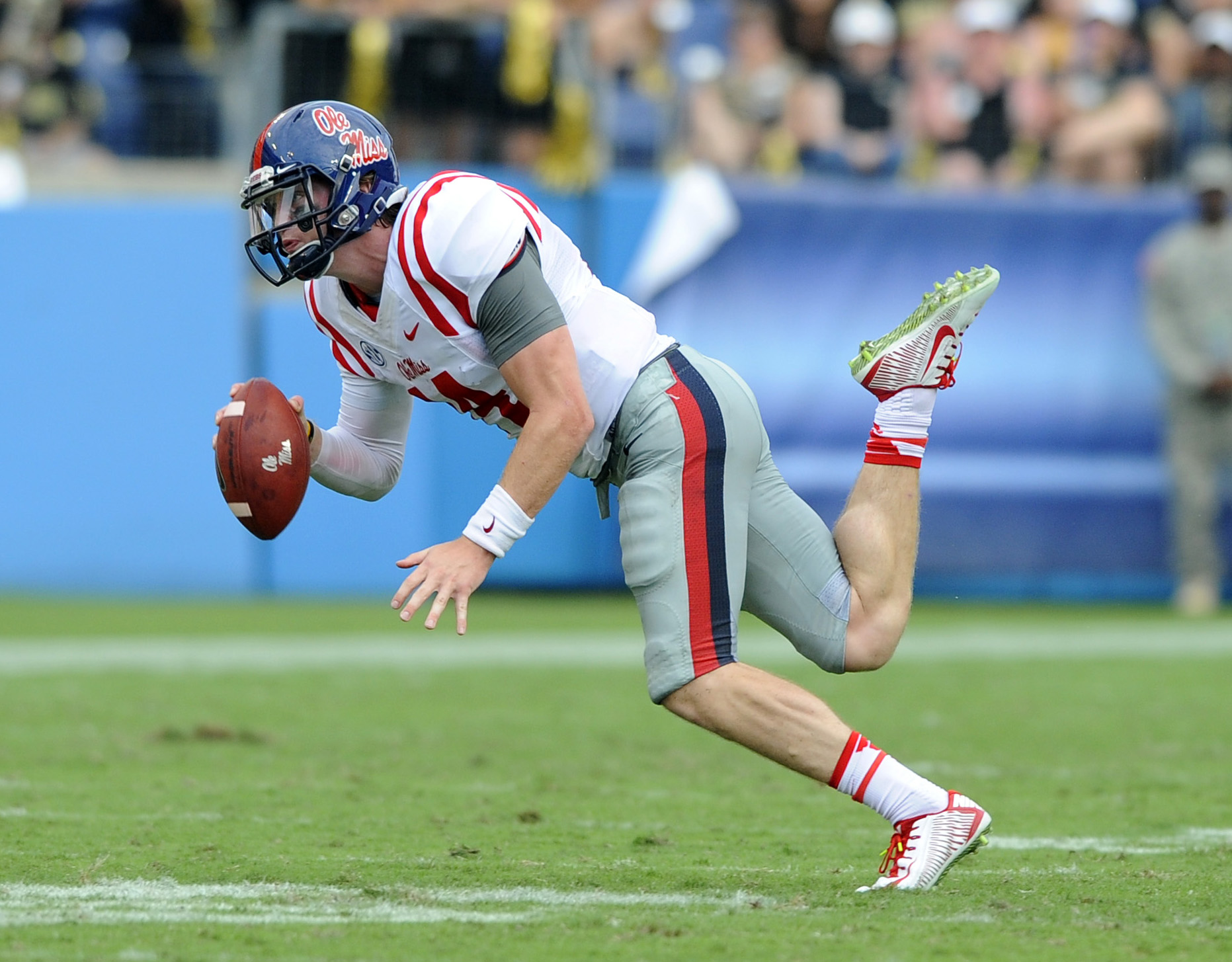 Will still give Georgia fits in Columbia this weekend because the universe is funny that way.--Dawg Sports

Did not exactly redeem themselves this week after the TAMU debacle.  They have a chance this coming week, and we'll be paying attention. And by paying attention, I mean trying to find a sports book which will take a prop bet on the number of missed tackles by the Gamecock's secondary. If gambling was legal, that is.--Rocky Top Talk

It took South Carolina about six quarters, but they have started to play some football that resembles their talent.--For Whom the Cowbell Tolls

Looked way too evenly matched along the lines with Arkansas State.--Dawg Sports

I'd pick the Vols to win the Sun Belt.--Get the Picture

I thought Butch Jones was a fraud at worse, or a placeholder at best. I was wrong: 22 Freshmen have seen action for a team that presently holds the two best pelts in the SEC: bowl bound Utah State and Arkansas State. As an objective lover of the game, I can't wait to see what Worley does in Year Three if this season is an indication.--Roll Bama Roll

You've got to think that we're in for a Big XII-style shootout when Texas A&M plays, really, anybody in the SEC West, right?--Red Cup Rebellion

When you average scoring 62.5 points a game, it doesn't matter too much if your defense is mediocre.--Get the Picture

The Aggies have looked good over the past two weeks.  Could they actually be better than they were with Johnny Football?--For Whom the Cowbell Tolls

This may be the worst SEC team in recent memory. Not just bad. Historically bad.--Dawg Sports

There's regression and then there's doing your best impression of a cartoon character skydiving with an anvil instead of a parachute.--Get the Picture

Like the powers that be at Coca-Cola, Vandy football has apparently decided to get rid of New Vandy and replace it with what consumers demand: Vandy Classic, a smooth drinking, easy to digest blend of being awful and having no hope. Kicking a sad field goal to cut the margin of victory to 38 in the fourth quarter at home? Welcome back, Vanderbilt!--Rocky Top Talk 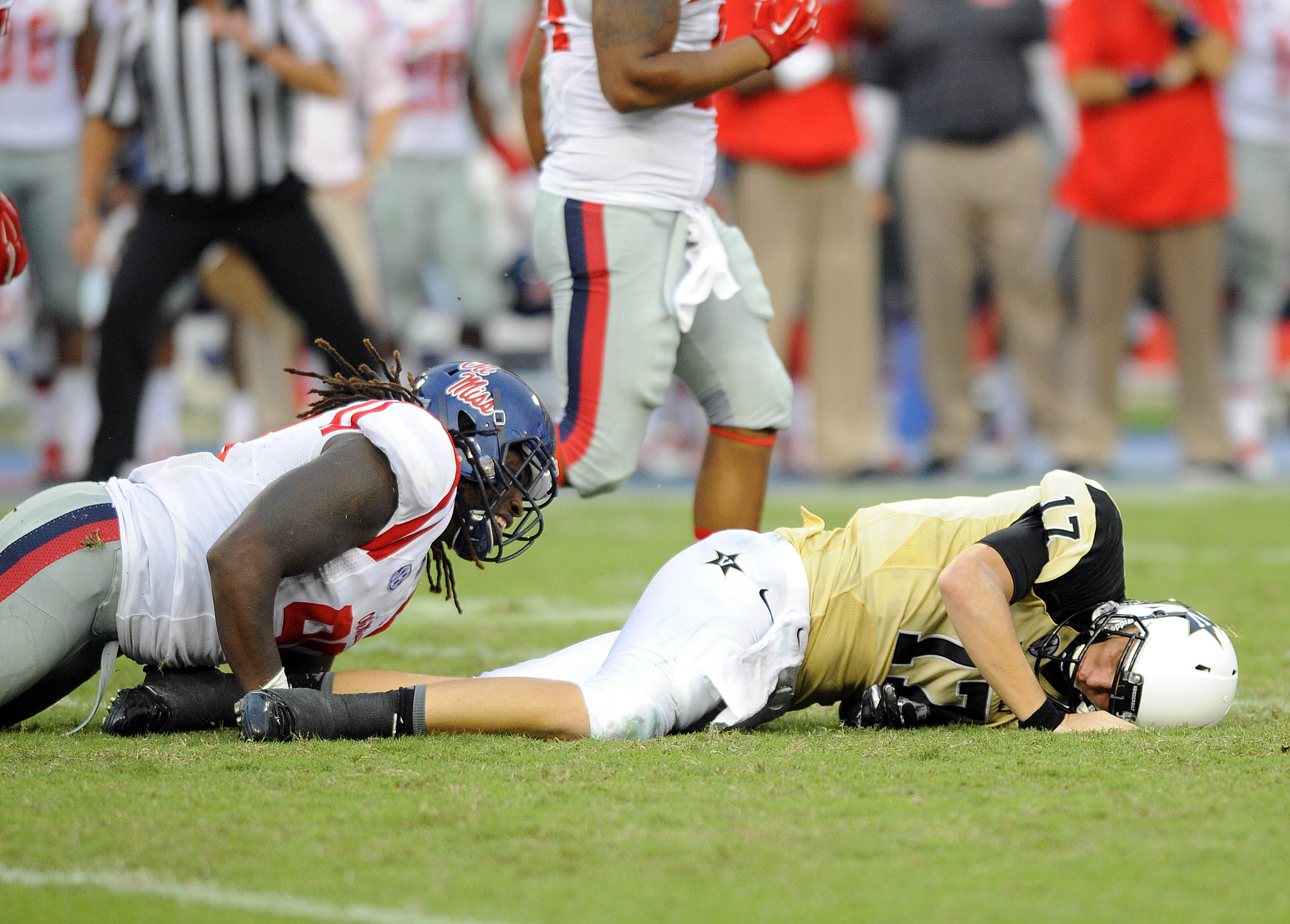