Teams that are more similar than different square off in Miami.

In an alternate universe—two of the three possible alternate universes, actually—Mississippi State would be making its first ever Sugar Bowl appearance opposite Baylor. The Fates and conference commissioners gave us the one with Miami being the destination for the Bulldogs, though, who are making their third Orange Bowl game. It's nothing to be disappointed about, of course. The other two came in 1936 and 1940, so long ago that the SEC itself was less than 10 years old and in those seasons contained Sewanee, Tulane, and this game's opponent, Georgia Tech. The Orange remains the only one of the four BCS bowls that State has made it to, but after a 74-year gap, another visit to South Florida is no unwelcome occurrence. 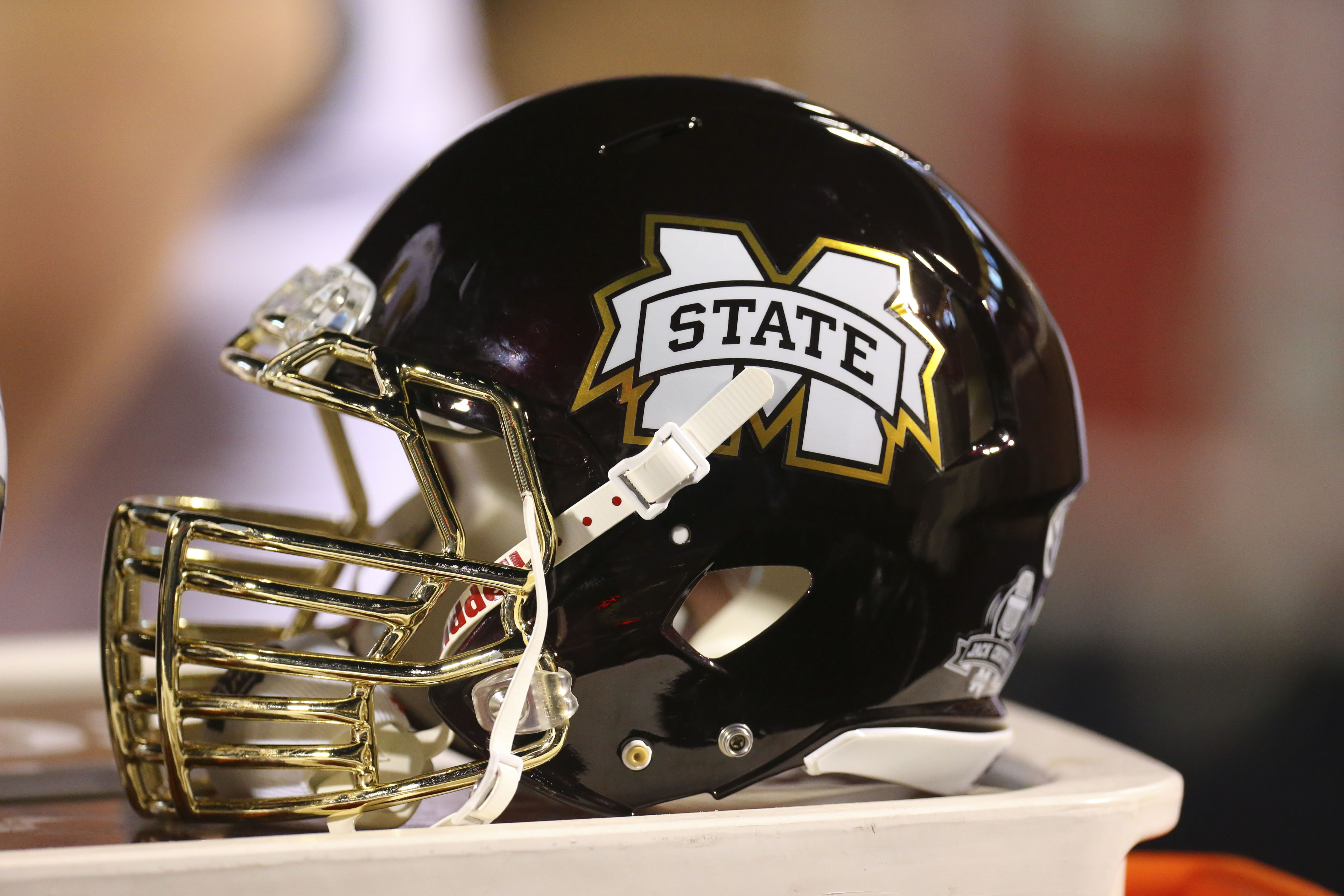 For the Jackets, it's their first trip back to the Orange Bowl since their now-vacated 2009 ACC Championship season. The team is fortunate not to live in the one of those alternate universes that would put them outside the New Year's Six in favor of Kansas State. It's the seventh Orange Bowl for the Ramblin' Wreck, though only its second as an ACC member. Its first four came as an SEC member, and its fifth came during the team's independent days. It's a rare sight to see either of these teams in this bowl, though slightly less rare in GT's case.

So both teams should be savoring this game, but neither is likely to simply be happy to be here. Mississippi State is looking to secure a top ten finish, a real accomplishment for a program that doesn't often finish anywhere in the polls. The Yellow Jackets are gunning for the same feat, and they have a statement to make. The ACC could really use a third team to rise up next to FSU and Clemson, and beating a second SEC team this season—particularly in a CFP bowl this time—would stake a decent claim there.

1Choose your option. Even as the NFL has inched its way closer to "college" offenses over the past few years, this game won't look anything like games on Sundays do. Dan Mullen continues to run a true spread option with roots going back to Rich Rodriguez's West Virginia teams (among others). Paul Johnson's flexbone is a more flexible version of the wishbone, the triple option attack that hasn't been widely used in 40 years. The game will be an excellent contrast between the new school and old school options, both of which clearly have room to thrive in the college game. Variety is the spice of life, and it's also a reason why college football is more fun to watch than the NFL.

2SEC vs. ACC. If you're into the whole Conference Wars thing, then this game is a potential revenge spot. In Rivalry Week, the ACC went 4-0 against the SEC. Three of the victors—Florida State, Louisville, and Clemson—were playing teams with noticeably worse records and should have won. The best of the four wins, and the only won really worth crowing about, was Georgia Tech's vanquishing of Georgia. So, here the SEC's other Bulldogs have a chance to avenge that game. It'd be an appropriately symbolic event, what with the West needing to clean up after the East, but that's where the league is at right now.

3Preparation is key. We should know pretty early in this game if Mississippi State is going to have a chance to win. The Georgia Tech flexbone is best used in the regular season when teams don't have a lot of time to get ready for it. Tellingly, Johnson is just 1-5 in bowl games in his current post, with the sole win coming in the 2012 Sun Bowl against Lane Kiffin's USC. If the Bulldog defense looks lost in the first few possessions, then not only will it probably be a long game for them, but we'll also wonder what exactly they did for a month. Early success for the MSU defense may not guarantee a win, but the opposite simply cannot happen.

4Josh Robinson vs. GT. Georgia Tech played in six games decided by one score or less. In four of them, the Yellow Jackets allowed a 100-yard rusher. The exceptions were offensively challenged Virginia Tech and pass happy/run poor UNC. Robinson was great through the first two months of the season but had a secretly quiet November in which he never topped 64 yards in a game. Two of the five games having a low total were simply due to resting in blowouts, but he ran for 3.4 yards per carry on Arkansas, 3.1 against Alabama, and 3.7 against Ole Miss. If Robinson has another game like those in November, it's going to be tough for State to pull out the victory.

5 Red zone. If there's one area of the field that will decide the game, it's the red zone. Mississippi State actually wasn't all that good at stopping teams from gaining yards. The Bulldogs were tied for ninth in the SEC in yards per play against I-A competition and were even with Kentucky in that regard. That comparison doesn't inspire confidence. Yet, MSU has the best red zone defense in the conference, holding opponents to scores in just 59.4% of trips. That's more than ten percentage points better than second place Arkansas. Georgia Tech was 11th in the ACC in red zone scoring, acquiring points just under 80% of the time. As long as MSU doesn't give up big play TDs, its red zone defense should be able to win the day.

Justin Thomas, QB, Georgia Tech: Through the end of the regular season, the Yellow Jackets actually had the nation's best offense as rated by F/+. The engine that makes the attack go is Thomas, who has improved as the season went along into perhaps Paul Johnson's best quarterback yet in Atlanta. With four 100-yard rushing performances, he does get things done on the ground. What sets him apart is his passing, where a decent day will net him the most passing yards of any Tech signal caller under Johnson. He also has a 17-5 TD-to-INT ratio, far and away the best in the flexbone era. He can burn the Mississippi State defense either way if it sells out too much in one phase of the game. 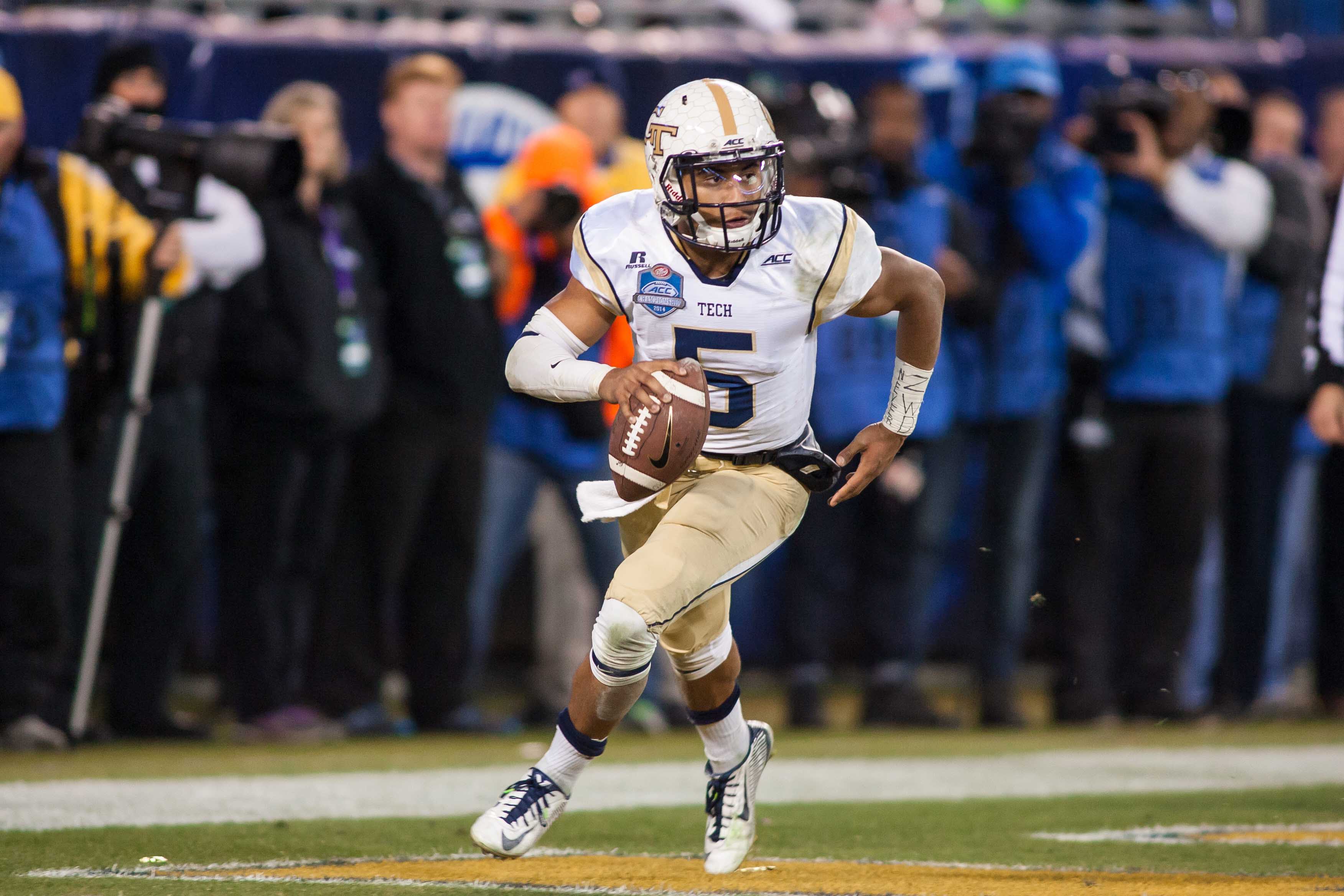 Benardrick McKinney, LB, Mississippi State: When defending the triple option, defensive linemen can make a difference by plowing over offensive linemen and getting to the mesh point early. With Tech employing many of its (in)famous cut blocks, though, it'll be up to the second level to keep things in check. McKinney is one of the nation's best linebackers, with him potentially being a first round pick in the NFL Draft this spring. He easily could end up leading the team in tackles, and just how far up the field those tackles come could decide the difference between win and loss.

Dak Prescott, QB, Mississippi State: Georgia Tech's run defense was inconsistent this year, sometimes playing well in losses and poorly in wins. Its pass defense was more predictable, playing its three worst games in terms of passing efficiency allowed in two losses and a narrow four-point win. Prescott may have thrown for plenty of yards in his team's two losses, but it was more thanks to his two highest number of attempts than anything. He needs to be better than he was in those games, and if his attempt total creeps up into the 30s, then trouble is likely afoot.

With both teams preferring to run the ball, this game will probably be the quickest of the New Year's Six. I don't know if ESPN's ad department will allow any of the big money games to run below three hours, but if any of them will get there, it's this one. The long layoff and time to prepare favors MSU, and the Bulldogs have a more complete team anyway. It should be an enjoyable game between two good teams, but I like Mullen's bunch to outlast the Yellow Jackets in the end. Mississippi State 31, Georgia Tech 27