Topics for Discussion: Who Wins the SEC East and West? Can Mississippi St. Make the Playoff?

Also: Is Arkansas en route to a bowl game after the season is over? And are there any SEC games worth watching next weekend?

Share All sharing options for: Topics for Discussion: Who Wins the SEC East and West? Can Mississippi St. Make the Playoff?

Who wins the "race" for the SEC East? The demolition derby in college football's most dysfunctional division is officially down to two teams: Missouri and Georgia. By some flabbergasting series of events, Mizzou still controls its own destiny and can reclaim the SEC East title by winning its final two games, at Tennessee and against Arkansas. Lose either of those games, and Georgia will get its third division championship in four seasons. So can Missouri finish the season with an improbable ticket to Atlanta? Or will another #SECEast moment derail the Tigers and give Georgia a quasi-dynasty?

I’m sure there are other ways to do it, but here’s one SEC East wheel of death pic.twitter.com/vLitgEpkTq

Who wins the race for the SEC West? This one is a little bit more complicated, but Auburn's loss to Georgia eliminates the Tigers and makes it a three-team battle among Alabama, Mississippi State and Ole Miss. The long and short of it is this: If the Tide beats Auburn in the Iron Bowl, then Alabama will go to Atlanta. If Auburn can somehow regroup from the loss to Georgia and knock off Alabama in Tuscaloosa, then the winner of the Egg Bowl gets the division title. Knowing that, who would you give the edge to in the slightly more functional division of the SEC? 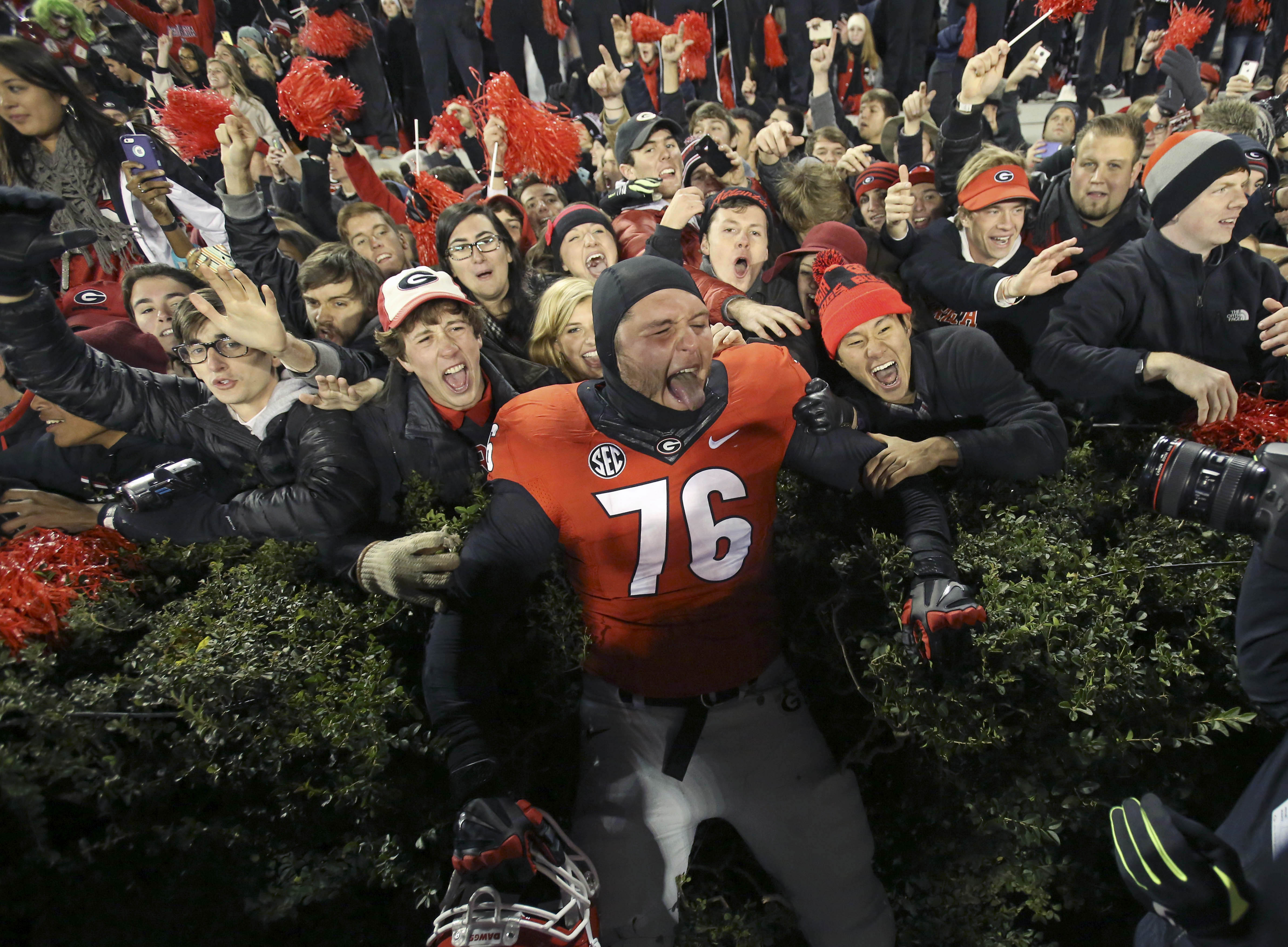 Can a non-champ Mississippi State get into the playoff? If the Bulldogs do manage to get the SEC West title and win in the Georgia Dome, they're almost certainly still headed to the inaugural college football playoff. But the more intriguing question might be what happens if Mississippi State beats Vanderbilt and Ole Miss while Alabama wins the division. Can the Bulldogs hold onto one of the four spots in the bracket? Or does the loss Saturday make them a captive to what happens with the Tide?

Will Arkansas go bowling? After finally ending a 17-game SEC losing streak with a win against LSU on Saturday, the Razorbacks are one victory away from postseason eligibility. They play against Ole Miss this coming weekend and then at Missouri the day after Thanksgiving. So can the Hogs finally get back a bowl with one more conference win? Or will Bret Bielema and his nascent beard have to wait until 2015 to play an extra game?

What's the most intriguing game next week? There aren't a lot of SEC-vs.-SEC match-ups next week, or even that many SEC-vs.-decent teams match-ups. Four conference teams are facing their annual FCS cupcakes, while South Carolina will take on South Alabama. The in-conference games are: Ole Miss at Arkansas, Missouri at Tennessee and Vanderbilt at Mississippi State. Do you want to see if the Hogs can carry over their success against LSU to beat the Rebels? Does the do-or-die nature of Missouri's game with the revitalized Vols make that a must-see game? Is there any reason at all to watch the Commodores take on the Bulldogs?