For two teams that didn't share a conference until about two years ago and haven't even played each other all that much (seven times), Mississippi State and Texas A&M share quite a bit of history. And they meet this weekend with historic seasons for their programs potentially on the line. 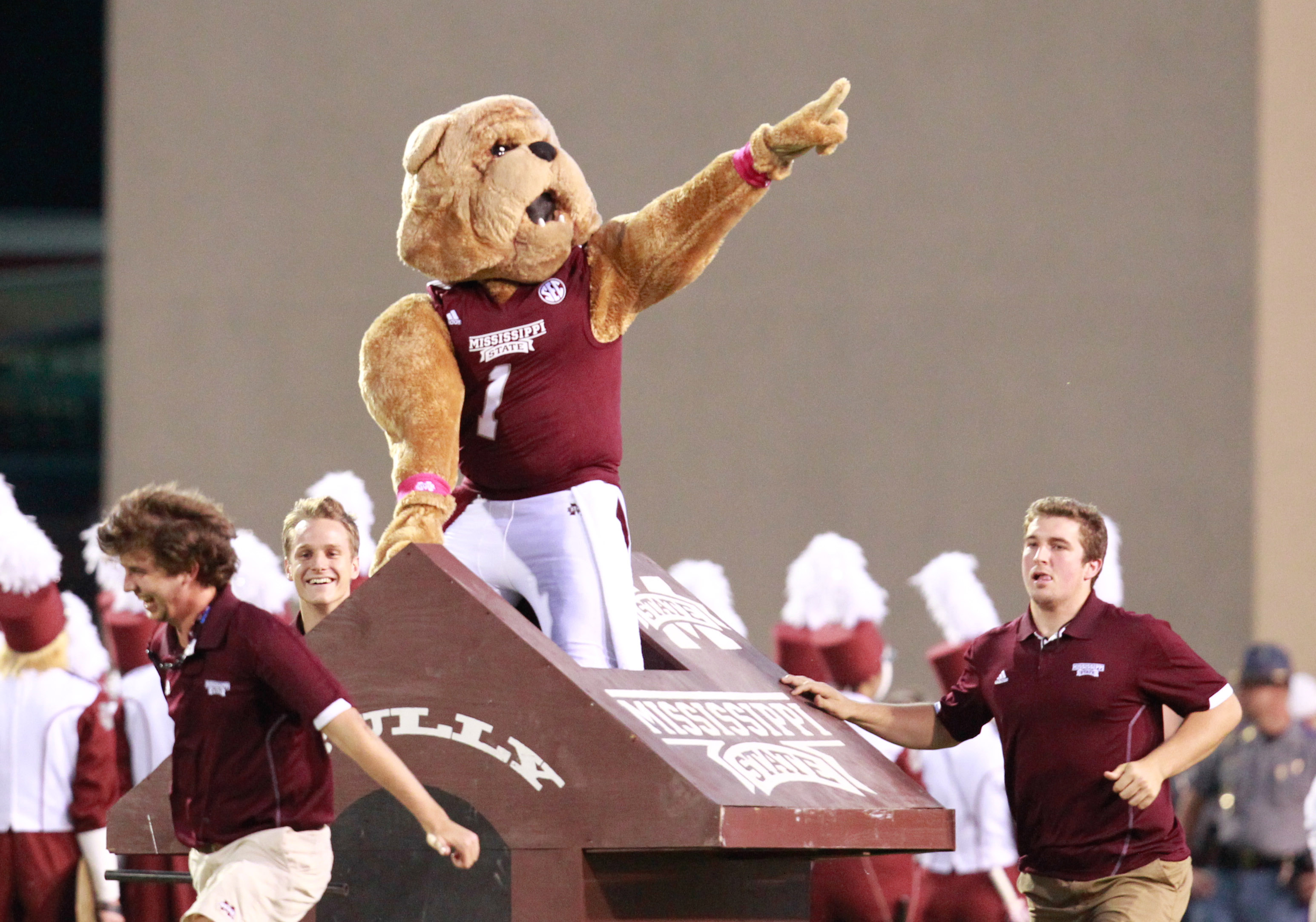 Perhaps the most significant bit of shared history is the "Snow Bowl," a game that was bizarre for many reasons, one of the primary ones being that it was played in the snow, as you might expect from the name. Mississippi State's coach at the time was Jackie Sherrill, another one of the ties between the two programs. And of course, there's the whole maroon-and-white color scheme bit.

As for the history? Mississippi State has been to the SEC Championship Game just once, after a solid but unspectacular 1998 season that was enough to win a Western Division not much better than the SEC East appears to be today (if it was that good). And despite all of Johnny Football's heroics over the last two years, the new member of the conference that has already made a title game appearance is Missouri. If either the Bulldogs or the Aggies want to take the division this year, this game is about as close to a must-win as you can get.

1High-Stakes Game. It doesn't get much more important this year than an interdivision match-up in the SEC West. But aside from that, both of these teams are trying to make an impression for different reasons. For Texas A&M, there's the bubbling suspicion that the close win against Arkansas might have signaled that the Aggies are an imminently beatable team despite the gaudy offensive statistics and opening-night beatdown of South Carolina. For Mississippi State, it's the always-present feeling that we've seen this before: The Bulldogs get off to a hot start and generate some SEC West buzz, then fall on their faces when the schedule really starts. Someone is going to quiet the doubters in this game, and someone is going to give them more ammo.

2Great QB Battle. This might be the best quarterback battle in the SEC this weekend. Kenny Hill and Dak Prescott are the top two quarterbacks in the SEC in terms of total offense per game and have the second- and third-highest passing efficiency ratings among conference quarterbacks who have attempted at least 50 passes. Prescott is the better runner, ranking sixth in the SEC with 94.5 rushing yards a game, and Hill is the better passer, but both are more than capable in the other guy's area of expertise.

3Sack Party. On the other hand, Hill and Prescott will each be facing one of the better pass rushes in the SEC. The Aggies have dropped the opposing quarterback an average of 3.4 yards a game, good for third in the conference. The second-place team when it comes to per-game average? That would be Mississippi State, which comes into this game at 3.5. The only other conference team averaging three or more sacks per game is Missouri, which is the SEC leader with 3.6. But Texas A&M might have the edge on pass protection. Texas A&M has allowed a sack on 1.38 percent of passing attempts this season, while Mississippi State has allowed a sack about 5.83 percent of the time.

4Red-Zone Battle. When it comes to scoring touchdowns -- which should be the primary focus of a red-zone offense -- Texas A&M is the best in the SEC once it gets inside the 20-yard line, getting seven points 81.5 percent of the time. Irresistible force, meet immovable object: Mississippi State is the best in the league at stop offenses from getting anything in the red zone, with opponents scoring just 44.4 percent of the time, and second in the conference when it comes to touchdowns, allowing one just 22.2 percent of the time. It goes without saying that the Bulldogs haven't faced an offense of A&M's caliber, but if they can do even half as well at preventing the Aggies from getting touchdowns, that will put them in great position for a win. In case you're wondering, Mississippi State is 11th in the SEC in converting its own red-zone possessions into touchdowns, while Texas A&M allows opponents to score seven points just 33.3 percent of the time -- so both teams will face a challenge when it comes to converting their opportunities.

5Watch the Fourth Quarter. Both of these teams displayed what you might call a flair for the dramatic the last time they took the field, though that's a compliment in one case and not so much in another. The Aggies scored 14 points in the fourth quarter against Arkansas last week to force overtime and eventually win a game that at one point looked to be all but over. Mississippi State, meanwhile, allowed LSU to score 19 unanswered points two weeks ago, including 13 in the last two minutes -- almost squandering a 24-point lead. It's a cliche to say "it ain't over 'til it's over," but in this case it happens to be true.

Malcome Kennedy, WR, Texas A&M: Part of that comeback against Arkansas was reportedly inspired by a speech Kennedy gave to the team at halftime. Kennedy would later score the game-winning touchdown against Arkansas. Overall, he's become Hill's favorite receiver, catching 33 passes for 378 yards and a pair of touchdowns.

Josh Robinson, RB, Mississippi State: When Dak Prescott isn't running the ball, odds are that Robinson is. The Bulldogs running back has 62 carries this year for 485 yards -- a hefty 7.8-yard average, good for fourth in the conference -- and four touchdowns. And Robinson can be even more explosive than the average might suggest, running for 197 yards and a touchdown on 16 carries at LSU. He's had at least one run of more than 15 yards in every game this year, and can be a dangerous if rarely-used receiver.

Preston Smith, DL, Mississippi State: The three-time SEC defensive lineman of the week -- this season -- has been an incredibly disruptive force in the early-going. He has two interceptions, a pair of blocked kicks, a forced fumble and three sacks among his five tackles for loss. And while the weak schedule so far hasn't hurt, it also hasn't been the only source of Smith's numbers; the lineman put up two tackles for loss, including a sack, in the game against LSU.

This might be the hardest game of the week when it comes to picking a winner, let alone trying to figure out the score. Both are great teams with small flaws that are nonetheless enough to cost them the football game. But Mississippi State is at home and has finally gotten rid of the "can't win a big game" label. Give me the Bulldogs in a shootout. Mississippi State 45, Texas A&M 40