Topics for Discussion: Can the Bulldogs Keep Going? Can Cooper Catch the Heisman?

Also: Who's the second-best quarterback in the SEC? What do you think of Leonard Fournette now? And what are you looking for in the college football playoff rankings?

Share All sharing options for: Topics for Discussion: Can the Bulldogs Keep Going? Can Cooper Catch the Heisman?

Will Mississippi State get to the Egg Bowl undefeated? The dreams of an intrastate showdown between Mississippi State and Ole Miss crashed and burned Saturday in Baton Rouge, as LSU took down the Rebels after Bo Wallace finally had his Bo Wallace moment. That leaves the hopes of the Magnolia State for a spot in the college football playoff resting firmly on the Bulldogs' shoulders. But Mississippi State founds itself tested Saturday by Kentucky, a much-improved team that is still not really a major SEC title contender. So can Mississippi State navigate a schedule that still includes games against Arkansas and at Alabama (we're assuming wins against UT-Martin and Vanderbilt) to make it to Oxford without a loss? Or is there a defeat lurking somewhere in that itinerary? 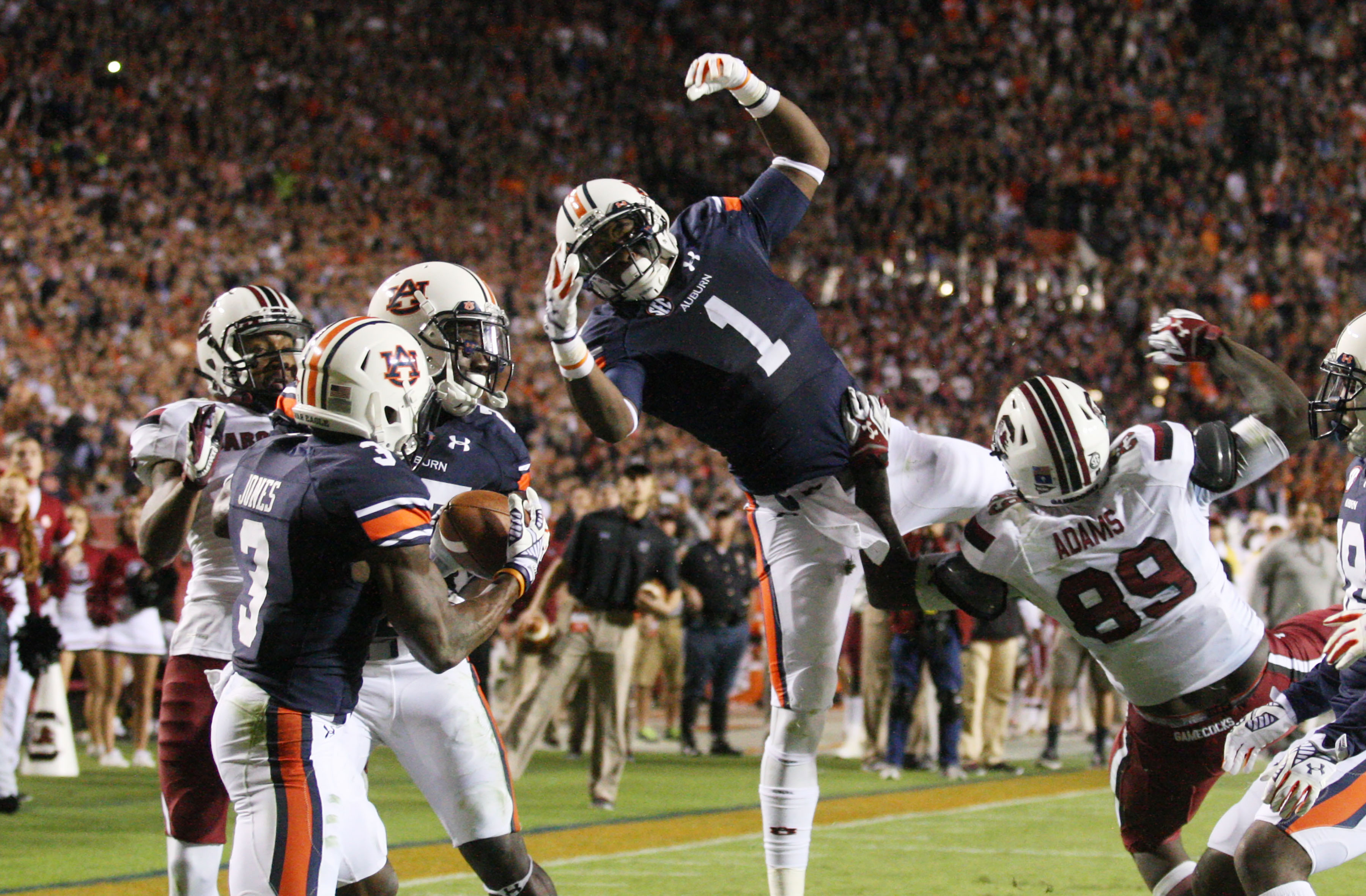 Can Amari Cooper win the Heisman? Wide receivers rarely win the top award in the sport, but Amari Cooper's performance against Tennessee on Saturday puts him at 71 catches on the season for 1,132 yards and nine touchdowns. That puts him on pace to have almost 107 catches for 1,698 yards and almost 14 touchdowns -- not counting the SEC Championship Game, which will also be played before the hardware is handed out. So can Cooper overcome the built-in hurdles to wideouts? Or are Dak Prescott, Josh Robinson and perhaps Todd Gurley still the best chances for a Heisman winner from the SEC?

Who's the second-best quarterback in the SEC? This has less to do with the action this week -- though some of the things that happened this week might impact the answer -- and more to do with a question I was asked on the Gamecock Cereal podcast the other night: If I were in the national championship game with 1:30 left and had to take one SEC quarterback to lead a critical drive, and I couldn't choose Dak Prescott, who would it be? I went with Nick Marshall, for reasons I gave on the podcast, but only after taking a minute to think about it. The question can basically be distilled down to this question: After Prescott, who is the best quarterback in the conference? Do you think that Dak automatically gets the No. 1 ranking in the conference, or is there someone else you like better?

Is Leonard Fournette finally living up to the hype? The LSU freshman running back added 113 yards on 23 carries to the stats for the season, his third 100-yard game in the last five contests. After a sluggish start to the year, Fournette has now played a major role in wins against Florida and Ole Miss. So are you impressed by the latest great LSU running back?

What are you looking for Tuesday? The college football playoff selection committee will release its first set of rankings Tuesday, which could give us some clues about how the committee will work and whether the SEC really has a chance to get more than one team into the event. Are you just looking to see if there are at least two conference teams in line for the bracket? Or is there something else you hope to find out in the first set of official rankings? And which four teams would you put atop the inaugural standings?