In what has already become one of the most hotly-contested SEC games of each year, Kevin Sumlin and his team travel back to Tuscaloosa to take on the always-dangerous Crimson Tide

Usually, it takes a few years to know if a game is going to be a true rivalry -- much less a rivalry in the SEC, where more than one team has a complicated list of teams they love to hate. But the annual game between Texas A&M and Alabama can probably get a special exemption from that rule. 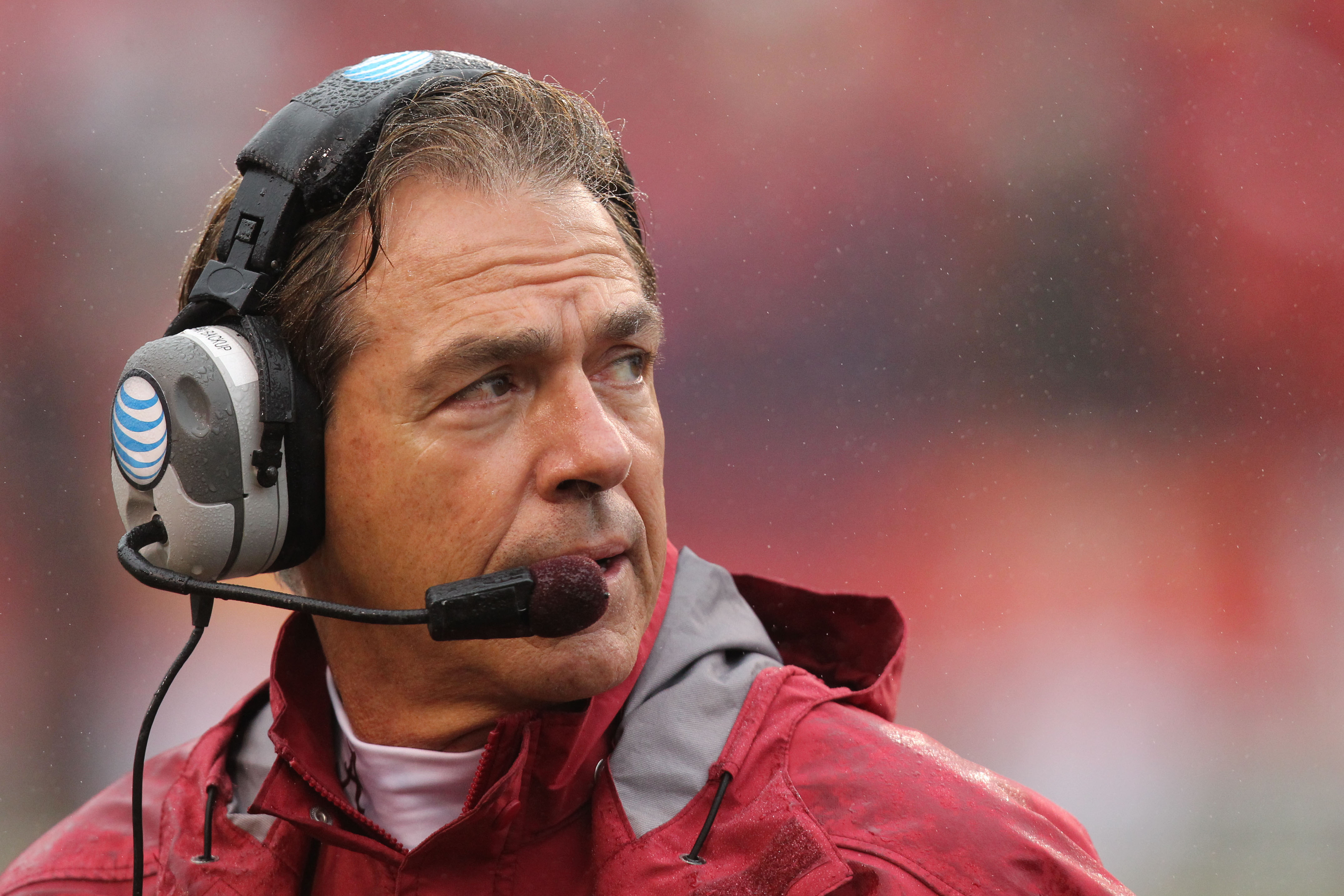 After all, both of the games between the two have been emotionally intense roller-coasters that had either a real or perceived effect on the national championship race at the time. The Aggies almost derailed Alabama's quest for the third national title during the 2009-12 dynasty, and last year's 91-point offensive explosion felt like a de facto elimination game in the hunt for the crystal football. Not to mention that both Alabama's title defense and Johnny Manziel's quest for a second Heisman were on the line.

This year, the stakes are arguably higher and lower at the same time. Texas A&M literally cannot afford another loss and remain in the division race, if we take the generous position that the Aggies are still in the hunt right now. And even Alabama, which has one fewer loss than the Aggies in the SEC, would be in a very precarious position if they are defeated in this game. It would also start another mini-gusher of stories about how the Tide would be 5-4 over their last nine games.

1Returning to the scene of the crime. You might recall the last time these two teams played in Tuscaloosa -- a 29-24 win by Texas A&M in 2012 that likely clinched the Heisman for Johnny Manziel and very nearly cost Alabama the chance at a repeat national title. It was the game that gave birth to a thousand "Nick Saban can't stop the hurry-up no-huddle" stories and is still the most recent home loss for the Tide. Saban has never lost back-to-back home games to anyone at Alabama -- though in fairness, he hasn't lost that many home games with the Tide, so it's not like we're working from a large sample size.

2No shutout. Famous last words, but don't expect either of these teams to end the game without points. The last shutout of Alabama came 175 games ago, against Auburn in 2000. It's been 11 years and 134 games for the Aggies, who were last blanked in the infamous 77-0 game against Oklahoma. Alabama has at least shut out someone this season -- or, this decade, really, given that A&M last blanked an opponent in 2004, against Wyoming.

3Will the real Lane Kiffin please stand up? After racking up more than 30 points and 500 yards of total offense in each of the first four games, frequently seen but not often heard coordinator Lane Kiffin's Alabama offense has scored a total of 31 points in the last two games, as well as less than 400 yards in each of those contests. Part of that is the competition -- Florida Atlantic and Southern Miss aren't known for their powerful defensive units, while Ole Miss has a great defense this year. If the Tide can't put up more yards against the 11th-ranked total defense in the conference, it might be time for Alabama fans to start panicking a bit.

4Speaking of struggling teams ... The Aggies are coming off two straight double-digit losses that have pretty much wiped away their hopes of playing for the SEC championship this year, much less the national title. The problem hasn't so much been generating offense -- Texas A&M can still do that relatively easy -- so much as it is mistakes (five interceptions total in the last two games) and some defensive miscues, particularly against Mississippi State, which gashed the Aggies for 559 yards. If Texas A&M harbors any hopes of getting back into the SEC West race, it has to start here.

5Special teams. Let's put it as kindly as possible: Alabama's kicking game is once again sub-optimal. While Bama is tied for eighth in the SEC in field goal percentage, at .667, the Tide are next to last in the SEC with four missed FGs. (Kentucky has five.) Alabama is also mediocre statistically on kickoff coverage and is tied with Tennessee for the fewest touchbacks on kickoffs in the SEC (nine). They do have the best punting average in the conference. Texas A&M does pretty much everything well on special teams -- don't give up on Drew Kaser's Heisman campaign just yet! -- and has one missed field goal all year. Let's put it this way: If it comes down to Alabama or Texas A&M needing a big kick in the fourth quarter, which team do you trust more?

Landon Collins, DB, Alabama: Even before he came up with a crucial interception in the victory against Arkansas last week, some were calling Collins "the most irreplaceable player on the Crimson Tide's defense." He leads the team in tackles with 46; the interception against the Hogs was Collins' second of the year; he's broken up four more passes and has a pair of tackles for loss. He ranks in the top 10 in the SEC in tackles and passes defensed. If there's one player on the Alabama team who has the best chance to extend Kenny Hill's rough patch (more on that shortly), it's Collins.

Blake Sims, QB, Alabama: It feels like a little bit of a cop-out to put the quarterback in this category sometimes, but for both of these teams, it actually seems fitting. Take Sims. The Alabama signal caller started off strong and blew away the notion that the Tide needed to go Jake Coker or bust -- and then Sims struggled the last two games, posting a season-low in passing efficiency in the loss to Ole Miss and completing barely half of his passes (11-for-21) against Arkansas last week. The Texas A&M passing defense can be a helpful pick-me-up; the Aggies have allowed SEC passers to compile a 158.63 efficiency rating against TAMU, which is awful, and have allowed eight passing touchdowns to just one interception in conference play.

Kenny Hill, QB, Texas A&M: Mr. Trill has had some problems during the Aggies' slide, with a touchdown-to-interception ratio of 6-to-5 against the two Mississippis. He was sacked a half-dozen times -- against just four in the first five games -- and averaged just 6.7 yards per passing attempt in those two games. Even with Collins, Alabama is actually toward the middle of the pack in passing efficiency defense this season; Hill could have an opportunity in this game to return to form.

This is a gut pick, but I've lost a lot of confidence in Alabama ever since the end of the Iron Bowl last year. Every time I get ready to give the Tide the benefit of the doubt, it seems like they give me another reason to take that back -- and that's kind of where I am now. Picking anyone to go into Tuscaloosa and defeat Nick Saban, much less picking anyone to do that in two straight trips, is a risky proposition. But give me the Aggies. Texas A&M 24, Alabama 21