Cupcake Wars: Minutemen and the Worst Bowl Name Ever

Cupcake games: Athletics directors love the sugary sweet treats but fans despise them. So we're not going to give the teams that play them credit in our previews, instead offering a fun fact about the cupcake in question. Consider it our silent and likely futile protest

Share All sharing options for: Cupcake Wars: Minutemen and the Worst Bowl Name Ever

North Texas at Georgia, 12:21 p.m. ET, SECTVNETWORKJEFFERSONPILOT | The Mean Green has actually appeared in the AP poll twice. (You laugh, but that's twice as often as Memphis has appeared.) Both times were in November 1959. They also played in the 1948 Salad Bowl. Why would I make that up? Georgia 53, North Texas 20

Colorado State at Alabama, 7 p.m. ET, ESPN | There is a story on the front page of their website about Colorado State playing an SEC "power." It is not about this game. 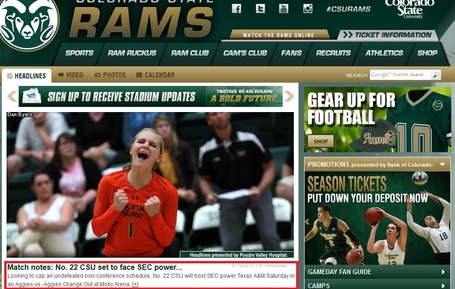