News and notes from around the conference.

Being an outspoken technophobe, Muschamp has never been all that comfortable with things like Twitter. This goes to show it even more. I'll help you out, coach. Wikipedia is your friend. 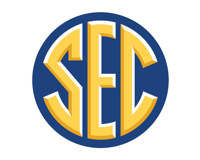 The SEC softball tournament is going on this week, so take a gander at the bracket so far. There are four games today, the first getting underway around 11:00 am ET on ESPNU.

The masthead discusses SEC softball prospects, your garden & the most interesting place in the world.

The Tigers scored six runs in the sixth inning to put away the Bulldogs.

This just in: the team is good.

How can you have a College Football Hall of Fame without Derrick Thomas? That is a question that has plagued mankind since the dawn of 1998 (his first year of consideration).

Auburn football: Measuring what a successful 2013 season will be

The Tigers are coming off a 3-9 campaign, and Gus Malzahn is entering his first season on the Plains. What does Auburn have to do to have a good year?

Jeff Driskel stands in the shadows of previous Florida quarterbacks. Can he come into his own for the Gators?

I’ll be the first to admit that at times it’s easy to mock Tony Barnhart’s reporting. But that doesn’t mean he’s useless.

Frank Haith alleges that someone illegally obtained his records, but it probably wasn't the NCAA.

Derrick Millinghaus's 3-point attempt in the final minute of the SEC Tournament Quarterfinals may very will dictate the fate of Ole Miss basketball for years to come.

Trae Golden Transfers Out of Tennessee

A stunning move re-tempers expectations for Vol Basketball next season.