News and notes from around the conference. 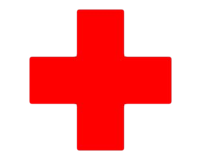 Our hearts and prayers go out to the victims of yesterday's horrific tornado in Oklahoma. The good folks at SBN's Oklahoma blog Crimson and Cream Machine have put together the Red Cross donation drive that is linked here, and you can also donate $10 by texting REDCROSS to 90999. The suffering can't end soon enough.

The 2013 SEC Baseball Tournament gets underway with another year of live TV coverage of every game in the tournament.

With the SEC regular season over, RBR previews the SEC tournament and takes a look at Alabama's chances at the title and a NCAA post season berth.

The Tigers and Tide should have a tightly-contested game Tuesday.

A look at what each team is hoping to accomplish in the SEC Tournament.

The SEC Tournament bracket is confusing and all over the place. We can do better.

The 2013 Commodore baseball team reinforced their claim as the best squad in school history with a 26-3 record in SEC play. As a result, they'll head to Hoover as the odds-on favorite to win the league tournament.

Florida's second opponent is a once-annual rival that has slumped into the depths of mediocrity. But Miami is hoping to climb back out of its hole, and a win over a perennial powerhouse like Florida would be a great start.

The Nkemdiche Brothers are Staying in Shape this Summer

So what if it's creepy. Don't act like you're not excited to see this little bit of Instagrammin'.

Vanderbilt small forward Sheldon Jeter, who emerged as a potential star in a strong freshman year with the Commodore basketball team, announced that he'll transfer from Vandy in order to play closer to his Pennsylvania home.

Not everything has to be deep fried and slathered with BBQ sauce.