No. 7: Hampered by Injuries and Offensive Woes, Florida Falls

After what seemed to be a breakthrough 11-2 campaign, Will Muschamp's team ended up out of the postseason after injuries and a terrible showing on offense

Share All sharing options for: No. 7: Hampered by Injuries and Offensive Woes, Florida Falls

There was the slightest hint of people hedging their bets about Florida in the preseason this year. After all, while the Gators were the consensus selection for third in the SEC East, they were also ranked fairly high before the season began, twelfth by Stassen's compilation and in the Top 10 or even Top 5 for some selectors. (In fairness, those who had Florida higher often had them winning or in second in the East.) The combination of the two wasn't impossible, but it still felt a bit like hedging.

In any case, it's fair to say that there was a good deal of skepticism that Florida would once again go 11-1 in the regular season. A nine- or 10-win season wasn't out of the question, but 11 might be stretching things. 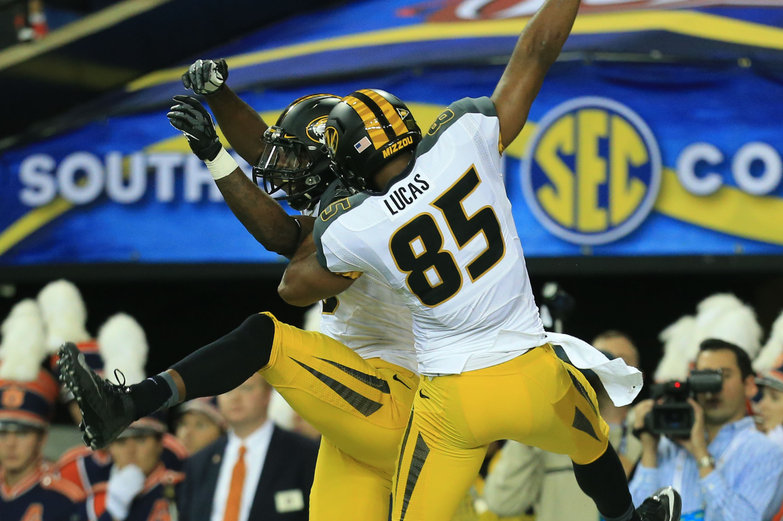 No. 8: Missouri Surprises Everyone, Wins the SEC East
No. 9: Mississippi State Baseball's Postseason Run
No. 10: Jadeveon Clowney's Season Under the Spotlight

What actually happened, very few people saw coming. The offensive was sluggish almost out of the box, but Florida ended its first five games with a 4-1 record and its only loss coming out of conference. Technically, the Gators were still in contention for the SEC East. Nothing was off the board.

Florida would not win again.

Blame fell on two things. The first was some of the worst injury luck that any SEC team has seen in recent memory, with the situation getting so bad that Alligator Army kept a running tally of which players missed time because of injury. It was a long list. Even when a team has as deep a pool of talent as Florida has, it can't suffer those kinds of injuries without some effect on its on-the-field success. But that effect shouldn't include losing to Georgia Southern.

The other factor that got blamed was a person: Offensive coordinator Brent Pease. Some of that was deserved, and some of it perhaps not so much. (Perhaps the seminal image of the 2013 Florida offense, which involved one Florida player blocking another, might have a more reasonable explanation than you think.) That's not to say that the eventual decision to show Pease the door wasn't the right one; the offense was the main problem for Florida in 2013, it was worse than it should have been given the injuries, and there was little reason for Will Muschamp to believe that Pease could turn things around.

The Gators, after all, ranked 113th in total offense with 316.7 yards per game and tied for 112th in scoring offense with 18.8 points a game. (By way of comparison, Florida's ninth-ranked defense allowed just 2.4 fewer yards per game than UF averaged on offense.) Florida did not score more than 20 points in any game after Oct. 5.

And at Florida, it's far worse to lose and have a bad offense than to lose and have a good offense. (Some Florida fans are unhappy with winning if they don't have a good offense.) The defense wasn't blameless in the disastrous season -- it allowed 429 rushing yards to Georgia Southern, which completed precisely zero of the three passes it attempted -- but the offense was the highest-profile implosion, and the one that was to blame in the majority of the games Florida lost.

One final note for those who think such statistics are important: Florida ranked fourth in the nation in time of possession, holding onto the football for an average of 33:49 a game. What the offense did ruing those minutes, though, led to Florida's worst season in 34 years.