Also open for debate: Who would be the best opponent for the Tide if they make it through the season undefeated?

IT'S TIME FOR THE ANNUAL GAME OF THE CENTURY OF THE WEEK. Yep, Alabama and LSU play this weekend, in one of the few significant games of Saturday. (Outside of the Tide-Tigers match-up, the best games this week are on Thursday.) So, who've you got? And does it take anything away from this year's edition to know that it's not a de facto SEC West title game, but just the last chance for the Bayou Bengals to keep their long-shot division hopes alive? 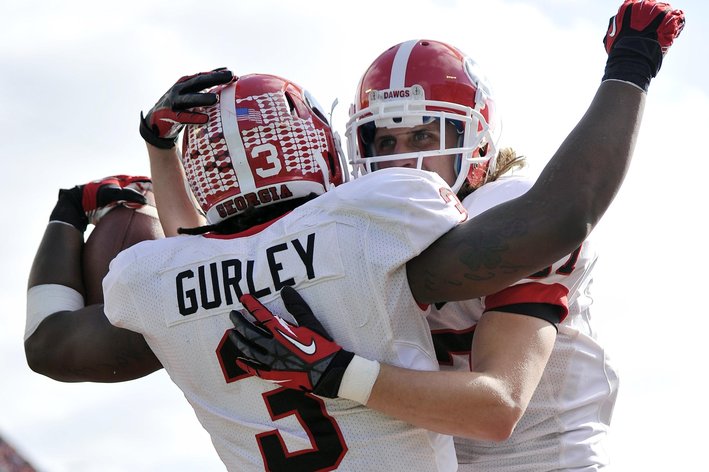 Is Georgia all better now? The Dawgs looked pretty impressive jumping out to a 23-3 halftime lead against Florida, but then watched as most of that advantage eroded away in the second half. Was the first half a better indication of what the Bulldogs can do, or does the inability of yet another SEC East contender to slam the door shut concern you? And what do you think of the looming showdown between the Dawgs and Auburn, which could decide whether UGA remains in the SEC East race or not?

How hot is Will Muschamp's seat? There's already a vocal segment of the Florida fan base that is willing to let Muschamp go despite the fact that he inherited something of a mess from Urban Meyer. The case against him is pretty clear: The offense is a disaster, the Vanderbilt game is a virtual must-win for bowl eligibility and the hopes to win the SEC East this season are long gone. So should Will Muschamp be fired this year, or even face a make-or-break season in 2014? More importantly, will either of those happen?

Should Mike Davis be in the Heisman discussion? I hesitate to even bring this up, because there's a hint of homerism here, but some objective-esque people have floated the idea, so let's deal with it. Davis leads the SEC with 1,058 rushing yards and 10 touchdowns on 166 carries, an average of 6.4 yards a carry. He has seven 100-yard games, with the only exceptions being the games against Vanderbilt and Missouri. Davis also has 326 receiving yards on 29 catches. Maybe Davis shouldn't be the frontrunner for the award, but does he at least warrant an invitation to the ceremony?

Which opponent would you like Alabama to face? Let's go ahead and assume for the purposes of this exercise that Alabama goes undefeated and heads to the BCS National Championship Game. Would you rather see the Tide take on Oregon, with its blazing fast offense and underrated defense; Florida State, which is beginning to look like the old Florida State; Baylor, with it's point-a-minute philosophy; or Ohio State, in a reprise of the old Meyer-vs.-Saban battles in Atlanta? Or am I missing someone?