Things are going to stay pretty much the same in the bowl projections if we continue to avoid major upsets. The Stanford loss to Southern Cal shakes things up a bit, but mostly just results in Oregon and Stanford switching places.

Again, for the uninitiated: These are bowl projections for the standings as they are now. The highest-ranked team from each conference is projected to be the champion.

But what happens in a playoff? 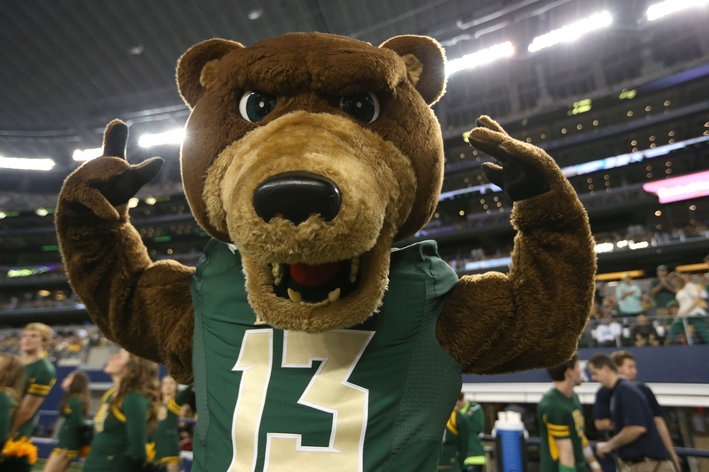 Every week, we also project would would happen if the College Football Playoff were already here

Most of this is pretty rote by now. Alabama and Florida State go to the BCS National Championship Game. With the loss by Stanford this weekend, Oregon moves back into place as the projected Pac-12 Champion, but that could change again before the dust clears, and Ohio State gets the B1G spot in the Rose Bowl. Baylor goes to the Fiesta Bowl, which gets stuck with Fresno State when the Sugar Bowl takes Central Florida to pair with Auburn, which it takes to replace the Tide.

The only slightly interesting choice here falls to the Orange Bowl, which again gets to pick twice in a row as long as Florida State goes to the title game: first to replace the Seminoles and then with the first at-large choice. There's always the chance that the Orange Bowl could take Central Florida because of the proximity, but I kind of doubt it. I think the bowl taps Clemson to replace Florida State, then narrows the choice down to Stanford and Oklahoma State.

I'm not sure about Oklahoma State's traveling reputation -- but, at least to hear them tell it, Stanford travels well in general, and to the Orange Bowl in particular. That could change if either Baylor or Oregon gets dislodged from their championship berths -- or, most disruptively, if Alabama or Florida State go down. There's still a lot of football to be played,

BCS Standings, Week 13: Analysis of the Rankings and What They Mean