Topics for Discussion: The Wacky SEC East, What's Left in the SEC West and the Cocktail Party

What exactly do we make of what's left of the conference's most inscrutable division? Can anyone challenge the Tide? And who's looking forward to Florida vs. Georgia?

Share All sharing options for: Topics for Discussion: The Wacky SEC East, What's Left in the SEC West and the Cocktail Party

Who's in the driver's seat in the SEC East? This is a really, really complicated question, as we got into in our post on the matter. But the threshold question is this: Do you think that Missouri can win out? If the answer to that is yes, then your answer to this question is "Missouri." If the answer is no, then it depends on what happens in several other games along the way. It's still too early to draw any firm conclusions on who needs what to happen. But it's not as simple as, say, the Oklahoma-Texas-Texas Tech deadlock that tied the Big 12 in knots a few years ago. It's a lot more complicated than that.

Results and analysis from Week 9 in the SEC 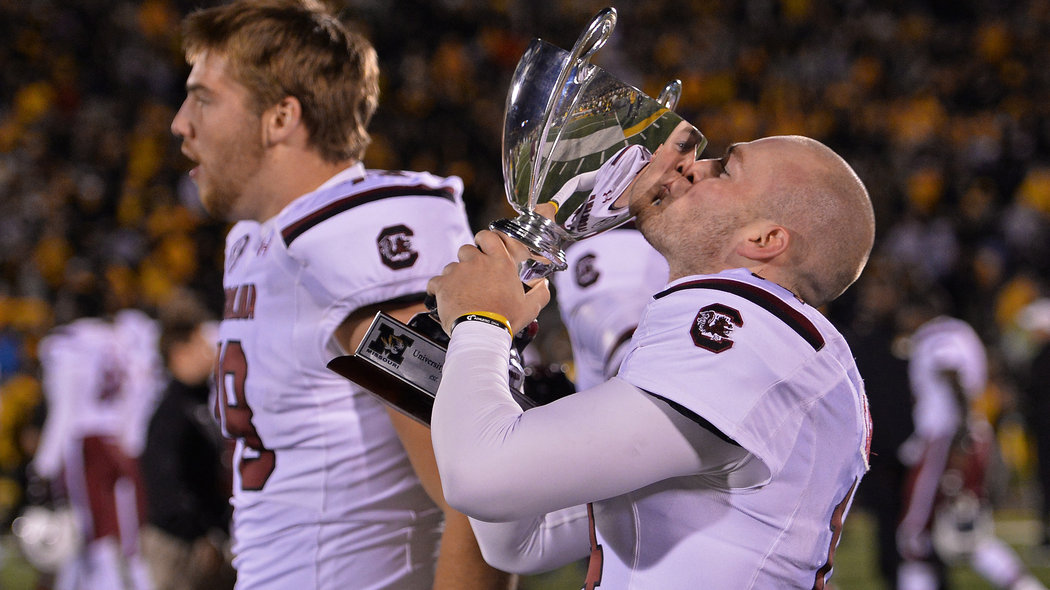 There weren't quite as many upsets this week, though the one we did have was a doozy

Are we just assuming that Alabama has things locked down in the SEC West? Let's not forget that there are still games against LSU and Auburn on the docket -- with the Auburn game maybe being the most important Iron Bowl in the history of the rivalry. But can either set of Tigers actually beat Alabama? And can Auburn continue to get through an SEC schedule that still includes Tennessee and Georgia to make the season finale a winner-take-all affair?

Does the SEC champion still have to go undefeated to get into the national title game? The number of undefeated teams in the Power 5 conferences fell by two Saturday, though one of those was Missouri. The other was Texas Tech, which we all kind of expected to happen sooner or later. One more will be knocked out next week when Florida State and Miami play each other. That will leave Oregon, Ohio State, the Florida State/Miami winner and Baylor in the ranks of the unbeaten. Can a one-loss SEC champion get past any of those? Or do we need upsets against three of them to let the SEC winner get into the No. 2 spot?

Who's your pick in the World's Largest Outdoor Cocktail Party? Man, won't that game be something? Georgia, with half a functioning offense, goes up against Florida, which has shown no signs of having a functioning offense at all. Seriously, does Georgia overcome its funking and visits to the infirmary to put itself firmly back in the conversation for the SEC East? Or does Florida's defense recover from the Missouri shellacking and give its offense a chance to win this game? Does anyone know what to expect from either of these teams anymore?

Bowl projections. Let's expand things a bit this week. Understanding that there are still a lot of games to be played, give me your BCS team(s) from the SEC, along with the seeds for the Capital One, Cotton, Outback, Chick-fil-A and Gator bowls. (They select in that order.) Feel free to include in your analysis the fact that the Outback Bowl's selections make no sense. I'll go first:

Where am I wrong?