A Preview of Coming Attractions

Share All sharing options for: A Preview of Coming Attractions 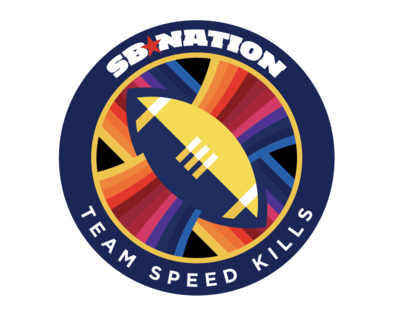 Hey y'all. It's with great pleasure that I unveil the first step in the next evolution of Team Speed Kills. Over the course of the next month, SB Nation will be undergoing a dramatic upgrade to our platform and our editorial process. We'll have a lot more details coming soon, but for now, the new logo below is just a first taste of what is coming for us around here. We're keeping the color bands (each team's colors are present and accounted for) and we're adding a football because that's our primary focus. We'll still do basketball and baseball coverage of course, but the SEC itself is known for one sport above all others.

Basically, the SBN sites are getting their first major overhaul in the company's eight-year history. New logos are only a part of it, but they're an important one as they will help people identify which sites are in the network. It's an "ask for it by name" kind of thing. If you like the stuff you find here, you'll probably like what you see on other network sites. The bigwigs are calling this project "United", so appropriately you can browse through all the new logos at sbnation.com/united.

The future of TSK is starting now. I'm not at liberty to tell you much more about what's going on, but we're going to have a better ability to bring you the kinds of stuff you keep coming back for and more. Both cocknfire and I are excited about what's coming, and we know you'll like it too. And now, back to your regularly scheduled programming.