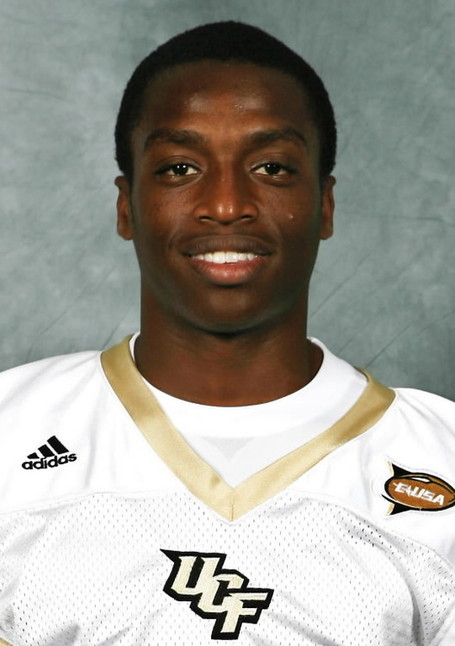 On Wednesday, a jury was seated and opening statements were conducted in the first day of the Ereck Plancer wrongful death trial. The case involves a University of Central Florida football player who died on March 18, 2008 during and off-season conditioning workout at the school's indoor training facility.

(On Monday, the Planchers dropped the claim against the university but are pursing damages from the UCF Athletics Association, which the judge has ruled is a private entity that oversees the football program.)

It is a little disturbing that this story has gone almost completely unnoticed thus far, because it has immense implications for college football. Typically a case like this ends with some type of settlement with the usual host of non-disclosure agreements attached to the payout. This one will be putting the details out in open court and the Orlando Sentinel has gone all out in making sure every bit of it is available to the public.

Sentinel sports columnist Mike Bianchi penned a column last week that laid out the far reaching ramifications this jury's decision could have:

UCF risks losing mega-millions in potential damages, which means it could have implications on how college programs are run in the future. It could change the way college football coaches conduct grueling offseason workouts. It could cause the NCAA to officially mandate methods by which trainers and coaches respond when a player with sickle cell trait shows signs of struggling. It could conceivably even impact whether programs shy away from recruiting players who are known to have sickle cell trait.

And there's one other tricky little detail, Bianchi notes. "Just because Plancher may have signed a waiver form and assumed some risk, it doesn't necessarily mean UCF has no liability." The jury's opinion on that could have major implications to all of college sports.