One of the Wishbone's Fathers Has Passed On

Share All sharing options for: One of the Wishbone's Fathers Has Passed On 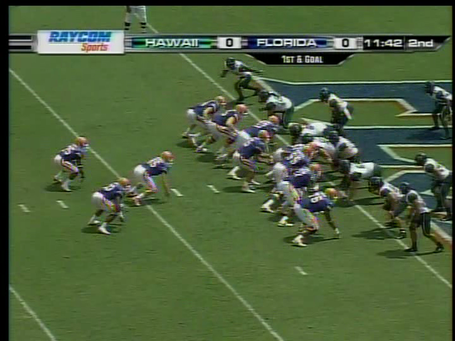 Sad news today: Emory Bellard, who developed the Texas version of the wishbone offense, died today at the age of 83. He did it under head coach Darrell Royal in the late '60s, and the offense would spread like wildfire throughout college football in the '70s.

In the SEC, no one did it better than Bear Bryant at Alabama. After the 11-0 1966 season, Bama had four relatively down seasons in which the team won no more than eight games. In 1969-70, Bryant's Crimson Tide went 6-5 and 6-5-1, respectively. In 1971, he installed the wishbone and ripped off eight SEC titles in the following nine seasons, including three national championships.

Today the wishbone is all but gone, having largely morphed into the flexbone for regular use. Occasionally you'll see someone use it as a gadget play like you see Florida doing above. Still, the wishbone left an indelible mark on the game of football and the Southeastern Conference. Take a moment today to spare a thought or prayer for Bellard's family and give respect to the greats who have come before.