Share All sharing options for: Let the Les Miles to Michigan Speculation Resume

So that's what happened the last time Michigan's head football coaching job came open. Lots of people speculated that Les Miles, a true Michigan Man™, would be high on the list for the job. Kirk Herbstreit reported that Miles to Michigan was a done deal the morning of the 2007 SEC Championship Game, and Miles told us all to have a great day. Michigan ended up hiring Rich Rodriguez, and the rest is history.

Now that Rodriguez is officially out, could Miles be a serious candidate in Ann Arbor? The fact that LSU is in an entirely different place now than in '07 lends credence to both the yes and no answers to that question.

The yes side gains support from the fact that LSU is not preparing for the national championship game. We're never going to see a coach jump ship from a program getting ready to play for the crystal football under any circumstances, even if it is mama who's calling. That's why you should have dismissed all Chip Kelly-to-Florida rumors out of hand last month. There was a zero percent chance Miles was going to leave LSU in 2007, but absent a national title game berth, he might be inclined to leave now.

The no side gets credence from the fact that the LSU program is fully Miles's now. In 2007, people were quick to point out (again and again) that many of the key players on his team were Nick Saban recruits. All those guys are gone, and he's been through a valley and back to get a squad of entirely his guys to a 10-win record in the toughest SEC West we've ever seen. Going to Michigan would make him leave a program built in his own image to take over a massive rebuilding project. The offensive players only fit a Rodriguez-style offense, and the defense is an unmitigated disaster.

Ultimately, I think Miles will stay put. LSU will make sure he's handsomely compensated, and I've seen nothing out of him to indicate that he's unhappy. Plus, he's beaten Saban's Alabama twice in four years and was arguably a good quarterback away from running the table this year (both losses by no more than eight points).

That won't stop the speculation, of course. Just take any Herbstreit reports with a grain of salt, would ya? 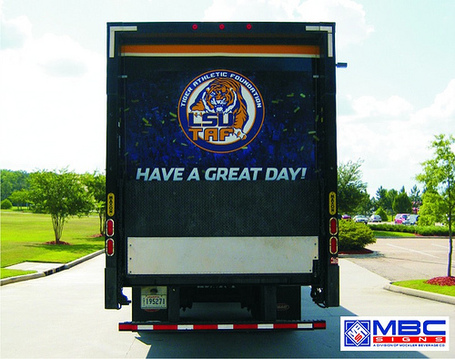