What Will Auburn Wear Against Clemson?

Share All sharing options for: What Will Auburn Wear Against Clemson?

Auburn has taken a page from Florida's playbook by announcing a "True Blue" day on Saturday. All the fans are supposed to wear Auburn blue. When combined with the visiting Clemson fans wearing orange, it will make for an all orange and blue stadium. Florida has done this the past two home games with Tennessee.

Anyway, speculation has ramped up that the fans won't be the only ones wearing all blue: 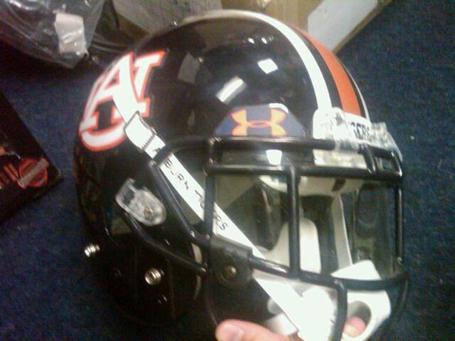 Gene Chizik, for his part, says that Auburn will be in its traditional uniforms this weekend. We've seen lots of uniform gimmickry in the past few years from all over the country, so I don't know what to believe. The blue helmet isn't bad, but I think the colors on the logo probably should have been reversed.