Share All sharing options for: SEC 2010 // Your Turn: A Mediocre Year for Tennessee?

The Tennessee Volunteers are a hard team to get an exact fix on this year: The roster turnover is significant, the third coaching staff in as many years takes over in Knoxville and we're all still trying to figure out the name of that crazy gentleman who spoke to the Vols media so many times last year. In any case, here's what those who answered our questions about Tennessee thought would happen. 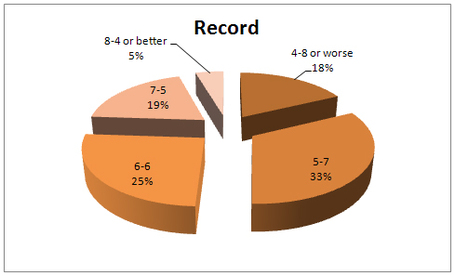 Split right down the middle. Just more than half of our respondents (51 percent) think Tennessee will be home for the holidays; just less than half (49 percent) have them bowl eligible. By almost any Vol's standard, though, 2010 is projected to be a rebuilding year in Knoxville; only 5 percent see an 8-4 record, and about three-quarters expect Tennessee to do no better than break even. 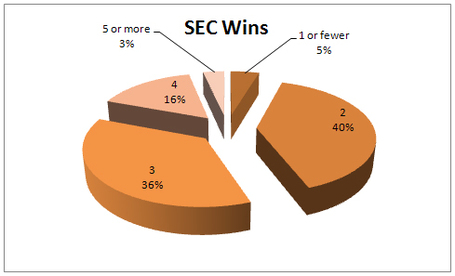 And it looks like those expecting a subpar year expect Tennessee to lose at least one of its nonconference games, probably against Oregon. Forty percent of respondents called for two SEC wins, which would lead to a .500 record if Tennessee won its non-league slate, and another 36 percent called for three conference victories.

NO WIN IN LOUISIANA 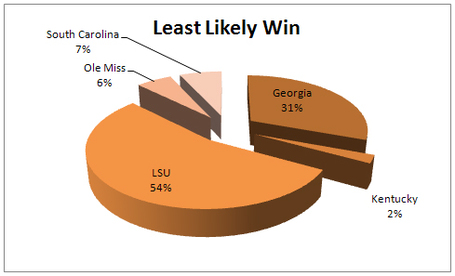 Of the five games we listed, LSU and Georgia are clearly two that very few expect the Vols to win. The Bayou Bengals easily lead the way with a whopping 54 percent of the vote. The fact that it's a night game in Baton Rouge likely didn't help matters; nor does Tennessee's virtual bye week against UAB the week before the game. The least unlikely, apparently, is Kentucky -- despite the fact that respondents in our Kentucky survey saw that as the Wildcats' best chance to break one of their streaks of futility. 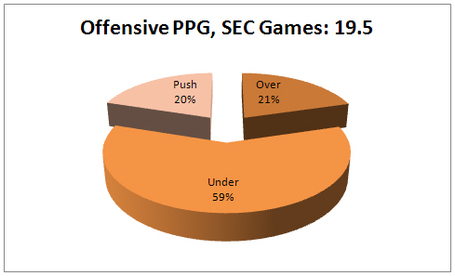 No one expects the Vols to be trying to short-circuit the scoreboard this year. Only 21 percent see Tennessee scoring more than 19.5 points per game in 2010, which makes plenty of since for a team that loses a good deal of the talent it had last year, receiver being the only real exception. And it's not like Tennessee scored a ton of points even then; the Vols scored close to 25 ppg in SEC play last year, but strike the 45-19 annihilation of Georgia (unlikely to happen again this year) and you're already down to 22.

CAN THEY WIN BEFORE THE END OF THE WORLD? 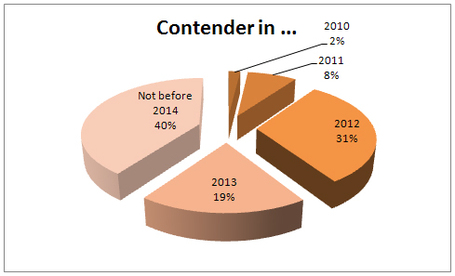 And so we asked how long it would take Derek Dooley to get this team to contend for the SEC East again -- i.e., place either first or second. And while two percent were insane daring enough to call for that to happen this season, most saw it taking until at least 2013 until the Vols would once again be in the middle of the battle for the division title until the end of the year. I hope Dooley's not Mayan.