SEC 2010 // Your Turn: How Long Will Mike Hartline and Joker Phillips Last?

Share All sharing options for: SEC 2010 // Your Turn: How Long Will Mike Hartline and Joker Phillips Last?

If our surveys are to be believed, not a whole lot of people seem to care about the Kentucky Wildcats one way or another. Fewer people answered the survey about UK than answered questions about Vanderbilt. Vanderbilt! Maybe if we asked about basketball? Anyway ... 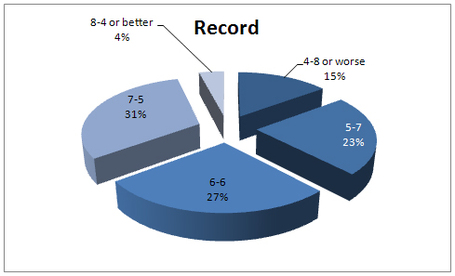 Kentucky is sort of the Rorschach test of SEC football this year. On one hand, it's a team that's been cruising along at six to eight wins, a late December / post-New Year's bowl game and the advantage of playing three games against schools you've never heard of. Even if you're a scheduler for another SEC team. (Eastern Central Milwaukee? They have a football team?) On the other hand, they have a new coach this year and enough questions about the Kentucky roster to make you think it might be a rebuilding year even for the Wildcats. Which is probably why our respondents seemed to have trouble deciding between 5-7, 6-6 and 7-5. 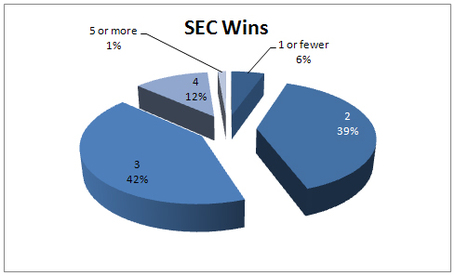 Two or three SEC wins, meanwhile, seems to be the consensus. The fact that the number of folks expecting Kentucky to have three or more league victories (62 percent) is comparable to those expecting a 6-6 record or better (55 percent) isn't really surprising, except that it might point toward questions about whether the Wildcats can defeat Louisville. Again, though, there's a close competition here between two league victories and three.

WITH HARTLINE AT THE HELM? 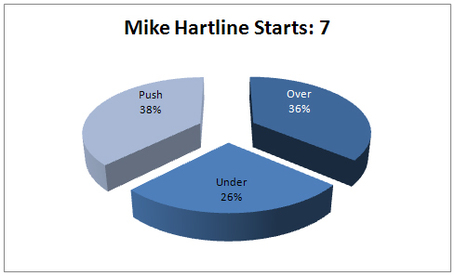 Even before Mike Hartline was officially named the starter for Kentucky, he was a divisive figure among those who voted in the poll. About a third each predict Hartline will start seven, more than seven or fewer than seven games. Only the "under" has more than five percentage points separating it from an even third, and that's by a narrow margin. Whether this is more a symptom of the revolving door at quarterback for Kentucky or a lack of faith in Hartline isn't clear. 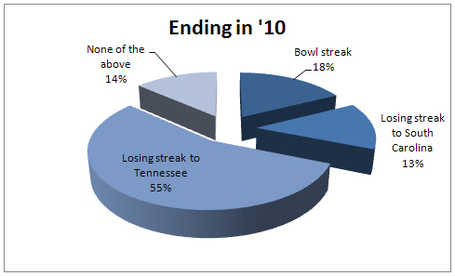 Maybe this is finally the year that the Wildcats defeat the rival Vols. It's actually somewhat surprising to me that winning against South Carolina was a distant fourth -- behind none of the above -- simply because Kentucky fans seem to devote hours a season wishing to defeat the Gamecocks. Then again, the prospects for South Carolina are looking either upward or the same as last year (and the four or five years before that), while Tennessee is almost certainly on a downward trajectory this year, so that's understandable. It's just the margin that surprises.

KEEPING THE JOKER AROUND FOR A WHILE 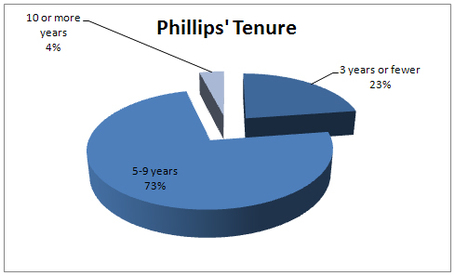 This is interesting. A quarter of the votes for three years or fewer, almost three-fourths for five to nine years and then only a few for 10 years. That seems to indicate that a minority of our respondents think Phillips will fail -- otherwise, he would probably be gone relatively quickly -- but if that's the case, why the five to nine and not the 10? He's mediocre and gets six or seven seasons? He has eight good years and then gets hired by a higher-profile program? Y'all voted -- you tell me.