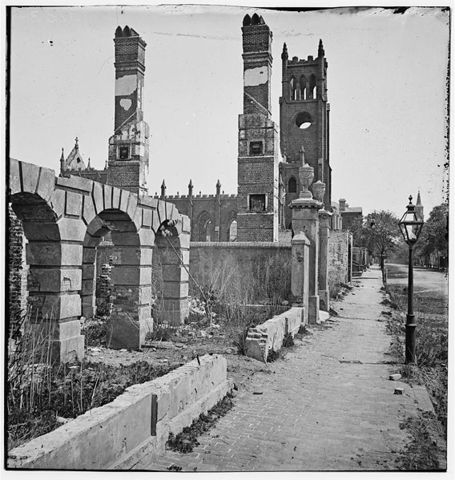 Is it safe to come out yet?

It's important with days like Thursday to take a step back and try to put everything into context before moving ahead. In some days, yesterday marked the true end of the decade that began in 2000.

It was the 2000 season, after all, that saw Oklahoma reel off a perfect season and win the BCS Championship Game (then the Orange Bowl) the following January, the first of seven appearances for the Big XII in that game. No other league has more title game appearances to its name, though the Big XII also has more BCS Championship Game losses (five) than any other conference. The Big XII joined the SEC -- which showed up a little late to the party -- as one of the highest-profile conferences of the last decade. (Unless you combine appearances by Miami and Virginia Tech as Big East teams with other ACC teams, the SEC is alone in second at six. Even if you do combine the ACC appearances, it's a tie, and the SEC remains the only conference to not lose a championship game.)

A little less than three weeks before the Sooners won that Orange Bowl, Southern Cal hired Pete Carroll to run its football team. It wasn't the most glamorous hire at the time, but would make the Trojans the highest-profile team of the last decade. Carroll's Southern Cal teams would win the Pac-10 title in seven of his nine seasons, never had a losing record and never finished worse than fifth in the league. Some of those accomplishments will obviously change now in the record books -- and they should -- but the mere fact that he achieved them was a central theme of the 2000s. Ironically, the very thing that made Southern Cal such an ESPN favorite -- the Worldwide Leader and Carroll's Southern Cal dynasty both thriving off of a fusion of sports and Hollywood -- is the thing that will likely result in most of those on-the-field victories being wiped away. And will make it difficult for Southern Cal to be a factor nationally again for five years.

So Thursday was much more than another day on the calendar. It was the end of a distinct era in college football.

AGGIES TO THE SEC: WHAT WE KNOW

The most significant news of the day for the SEC, though, might have been the growing rumors that Texas A&M could end up as the league's 13th member. There is plenty of speculation about whether this is a real possibility or merely a slight chance, and what it might take to bring things about. Let's go first with what we know.

What I find most interesting in all this is that Texas fans are now trying to convince Texas A&M fans on message boards and blogs that it is in the Aggies' best interests to stay with the Longhorns. This would be like Georgia caring enough to offer Georgia Tech advice and not having an ulterior motive in mind -- unlikely. I would hope A&M folks are smart enough to know that Texas is interested in doing what's best for Texas, which is as it should be. Texas isn't concerned with A&M so much as it's concerned with regular trips into Texas by teams like Florida, Alabama and LSU, and the recruiting advantages that would bring both to A&M and to the SEC schools (and the recruiting advantages that Texas might lose in the process).

If the Aggies follow Texas into the Pac-11, nothing is going to change. An unequal revenue distribution is still going to make sure that the deal enriches Texas far more than it enriches A&M.  Texas is still going to view and treat A&M as Texas' little brother. And A&M is always going to be viewed as one of the teams that "came along with Texas."

The SEC wants A&M. I'm one of at least three SEC bloggers I know of that have said unequivocally that we want Texas A&M even if Texas doesn't come, possibly would like A&M to join the conference more than we want Texas to.

Of course, it's your program, so listen to Texas if you want. But first take a look at where that's gotten you.

Meanwhile, the Kansas State atheltics department is also hoping for a possible SEC invite, which seems doubtful to say the least.

What will the new Big Eleven (I think that's what they'll call themselves) look like?
A lot of interesting stuff here. More generally, I was just looking for an excuse to direct you to The Rivalry, Esq., our Big Ten blog, which has been hitting home run after home run in covering this.

Ralphie Report eavesdrops on Pac-10 / Colorado teleconference
Actually, I think they were there legally. In any case, good stuff worth reading all the way through. Highlights: Next steps, questions about the conference's new name and the issue of whether there will be a conference championship game. (The non-answers to those are interesting in their own right.)

Missouri will not take blood oath
This seems like not much, considering there won't be a Big XII to pledge his loyalty to in a few days, but Missouri President Gary Forsee has no intention of renewing his vows with the league -- even if there's not Big Eleven invite on the table.

"I don’t think we have to justify our loyalty," Forsee said, citing [the fact that] Missouri had been a founding member of the Missouri Valley Conference and every permutation of the league into the Big 12. "Even though I know, I’ve understood, rumors about the need for some show of loyalty."

I can understand his stance when taken in light of the likely run for the borders by half the conference.

Feel sorry for Iowa State
Kansas will be fine -- the superconferences aren't going to let that basketball program go without a home. Kansas State has a few cards to play, as does Missouri. But Iowa State is an eastern version of Baylor -- unless it does form an alliance with the Kansas schools and Missouri, I'm not even sure they make the Mountain West. Which is tragic. Again, Texas is certainly looking out for the best interests of its fellow Big XII members.

Texas in the Big XII
Burnt Orange Nation starts rolling out the retrospectives.

The Mayor teaches us the lessons from the day
That includes this gem:

Which is absolutely correct. That's why Nebraska is worth so much money.

This is probably going to stand on appeal
The L.A. Times notes what has to be the worst news for the Southern Cal faithful: It's harder now to win on appeal that it used to be.

The change: An appeal will be granted only if the offended party shows "the penalty is excessive such that it constitutes an abuse of discretion" by the NCAA Committee on Infractions. ...

"It's a tougher standard to meet," said Mike Glazier, the head of Collegiate Sports Practice group at the Kansas office of Bond, Schoeneck & King, who for 20 years has been working with universities during the NCAA investigation process. "It was changed for that purpose — to make it harder to be successful on appeal."

Meanwhile, Lane Kiffin is going around trying to convince recruits that the appeal is a reason to continue to plan to attend Southern Cal. Which would surprise me, if anything that man did was capable of surprising me. By the way -- Texas, et al., have fun with that one.

Pete Carroll can spin with the best of them
I was going to spend some time blasting his statement in response to the Southern Cal sanctions, but Dr. Saturday says about all I would have said.

This is nonsense
I cheered for the 2004 Auburn team and have always thought they should have been in the Orange Bowl that year instead of Oklahoma. But when Tommy Tuberville spoke today about getting the championship that his team didn't even play for, he veered so far into the territory of historical revisionism that he fell off the planet.

"We never complained when they went by the process the last time, and they should go by the process this time," said Tuberville, who is now head coach at Texas Tech. "If they were ineligible, I think they should have a revote and let people vote on it and decide who they think was the best team that year. If everybody thinks it was Oklahoma, that's fine. If everybody thinks it was Auburn, that's fine."

Tuberville complained constantly "when they went by the process" in 2004, said the polls should start after the season begins (good point), called for a playoff and made it clear he was angling for a split title before the demolition derby put on by Southern Cal in the Orange Bowl. You complained, Tubby. And, not to put too fine a point on it, but you're complaining right now.

None of the above isn't an option?
I'm not sure any head coach is going to lose his job after this season, though I think Miles might be close.

Alabama faces certain doom in 2010 thanks to bye-week issue
Nick Saban is waving the white flag and preparing to forfeit all SEC games in advance now, right? That's what I would do after something this unfair.

"I think we're hoping for the best and expecting the worst," Saban said. "I know everybody tried to do the best that they could, but those kinds of things are not simply resolved. We appreciate everybody's effort and cooperation. I'm not sure there's a lot that can be done."

One way or the other, this really needs to be resolved now. It's not fair to fans of any of the schools, including Alabama, for this to continue.

Surgery for Alabama corner
Dre Kirkpatrick recovering from operation on his soldier, expected to be ready for fall, etc.