Lindy's Top 25 and All Americans Are Out

Share All sharing options for: Lindy's Top 25 and All Americans Are Out 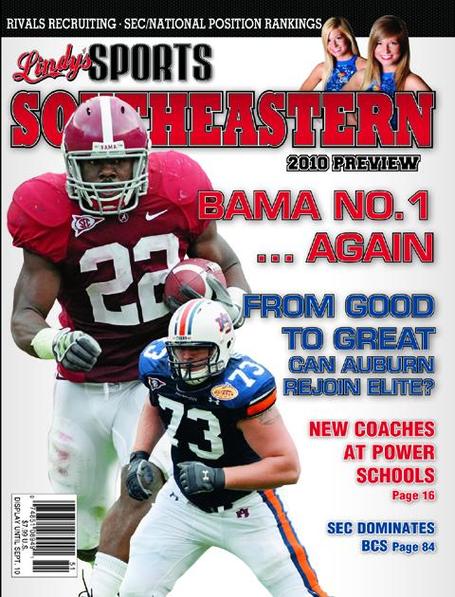 Forgive the link to the full information at Gatorzone.com, but Lindy's has apparently released its preseason top 25 and All American list for 2010. Lindy's has yet to put this information on its site (as best as I can tell), and its magazine doesn't hit newsstands until May 25.

Anyway, here's where the SEC teams and players end up according to Lindy's. Take it with a grain of salt though, as it doesn't rate that highly among preseason magazine publishers over the last decade. And it has Wisconsin ranked sixth, which is so laughable I can't come up with a humorous enough analogy/pop culture reference to compare it to.

I do find it interesting that the offensive players (five) outnumber the defensive players (four). That's a shift from the league's reputation. Also, the East division is home to the top two punters in the country by this count. S-E-C! S-E-C!