Florida Defensive Coordinator Position Filled for at Least Another Month

Share All sharing options for: Florida Defensive Coordinator Position Filled for at Least Another Month 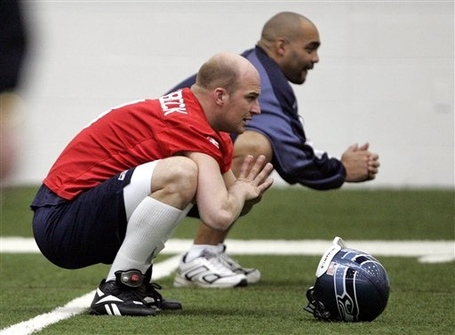 Hint: he's not the balding quarterback in the foreground.

The search for the University of Florida's third defensive coordinator of 2010* has finished, a fact confirmed by the Arizona Cardinals' website. Why the website of an NFL team in Arizona? Because former Cards secondary coach Teryl Austin is going to be the guy in Gainesville.

Austin has experience at Syracuse, Michigan, and Wake Forest, and he worked with Steve Addazio while at Syracuse. That time in upstate New York undoubtedly helped him in being considered in the first place. He will share duties with co-defensive coordinator Chuck Heater. There's no word yet on how big a role Urban Meyer played while on his (wink wink, nudge nudge) leave of absence or why one of the nation's premier programs was either unable or unwilling to find someone with more than a single season of actual coordinator experience to take the job twice.

*Charlie Strong was DC for the Sugar Bowl on January 1.