Ole Miss is Getting a Bear

Share All sharing options for: Ole Miss is Getting a Bear 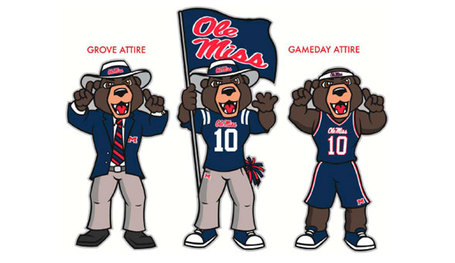 This outcome was fairly predictable once Lucasfilm officially put the kibosh on Admiral Ackbar's mascot campaign. Bears are common and inoffensive as far as mascots go, and judging by the relatively tepid approval (less than two thirds of the committee signed off on the bear), it won for simply those reasons. The reactions at Red Cup Rebellion are less than joyous too.

Houston Nutt will probably approve though, considering the bear is wearing his hat in two of the three images above.