Get Ready for the SEC in 3D

Share All sharing options for: Get Ready for the SEC in 3D 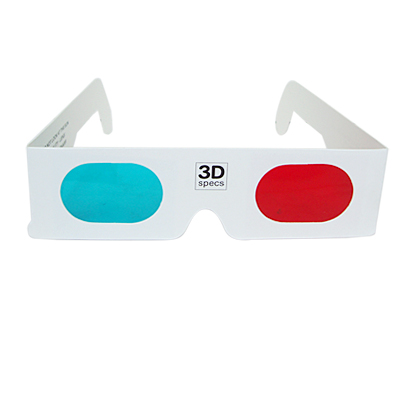 ESPN has announced that it will begin to show sporting events in 3D in 2010. No, this is not a parody post. It's coming, and it will be it's own thing along side all of ESPN's other television properties. Already announced for the 3D treatment is the 2011 National Title Game, but unspecified college basketball and football games (which undoubtedly will include those involving SEC schools) will get it too.

I get why ESPN is doing this. One of the great demands on businesses is always to grow and expand. It's an, "if you're not growing, you're dying" kind of mind set. Having covered print, radio, TV, HDTV, and mobile already, there's only one of two obvious directions to go in, and no one has telepresence at home yet.

A big issue for this service is that just about no one has a 3D television at home either. The press release mentions having shown a USC-Ohio State game in 3D movie theaters already using this technology as a part of a two year testing period. That idea has some merit I think, but showing anything but movies at movie theaters has been a very niche thing so far.

It's not unheard of for ESPN to do something like this. It launched its ESPNHD service when only a small number of Americans had HDTVs and an even smaller amount had HD television service. It was savvy at the time, because you knew HD was the direction things were going in. It's not quite so cut-and-dried with 3D.

My wife and I went to see Avatar last month on a 3D IMAX screen. I thought it was interesting but ultimately didn't add a whole lot. My wife had a terrible time with it though, as it didn't quite work for her and gave her a bad headache. I know she's not alone; every incarnation of 3D technology so far doesn't work right with everyone's eyes. For example, even though I handled that Avatar screening just fine, every 3D movie at every Orlando theme park is blurry and slightly off for me.

I'm skeptical about this venture, even as 3D TV sets are getting top billing at this year's Consumer Electronics Show. HD was a natural progression, but the terrible sales and adoption rates of Blu-ray show that it's not conquering everything quite yet. HD also doesn't require special glasses as 3D does, and it works fine with everyone's sight.

I'm not ready to call this the second coming of Mobile ESPN just yet, but don't call your broker and load up on Disney stock based on this news. Any of you excited about this development?