Malcolm Gladwell and the Issue of Whether To Press

Share All sharing options for: Malcolm Gladwell and the Issue of Whether To Press 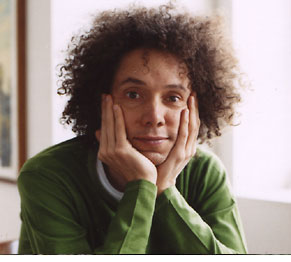 The fro knows basketball. Sort of.

Malcom Gladwell recently wrote a piece for The New Yorker that had to do with sports. As a sports blogger, I think that means I'm obligated to write a reaction to it. It's been a while since I read the sports blogger's contract, but I'm pretty sure it's in there.

Anyway, I like reading what Gladwell has to say because he's a superior story teller. Sometimes he just tells stories for the sake of telling stories and there's not really an overarching takeaway, but it's at least enjoyable while it lasts.

His most recent article is titled, "How David Beats Goliath: When underdogs break the rules." As with any Gladwell piece, there are many stories interwoven throughout. The main story is about a girls' youth league basketball team. The team was an underdog in that was not composed of the tallest or best players, but it succeeded by employing a full court press.

The tempting obvious takeaway would be to say that in sports, if you're under-talented you should also press. Take the risky route, because that's the one that enables underdogs to win.

However, that's not exactly right.

The reason why the press works in basketball on most levels, from 12-year-old girls' teams up to major college programs, is that most teams don't do it. As both Gladwell and Jerry at the Joe Cribbs Car Wash point out, it's hard work to press all game and it takes a complete investment. Most coaches are not willing to push their players enough (or don't believe their players will go for it), and so they don't go full court with their defense.

However, you can't really press a pressing team. I've watched Billy Ball at UF since the beginning, and pressing Donovan's teams doesn't work. They practice it all the time, so they know how to beat it.

Jerry is mainly discussing the prospects for Gus Malzahn's uptempo scheme at Auburn in his piece. He mentioned that Tulsa, Malzahn's former team, had nearly as much success as another uptempo team, Oklahoma. Going at a breakneck speed gives the defense less time to get ready, and it obviously pays dividends if you do it well. So, why doesn't everyone do it?

Well right now, there's not much reason to avoid it. Go for it, Tigers. However, remember this: 24-14.

Florida had a whole month to prepare for Oklahoma's speedy attack. The Gators even practiced at a faster speed than the Sooners run just to be sure. The result was that UF held OU to its lowest point total of the season, a full 21 points below its previous low.

Jerry hit on this in the middle of the piece: "The challenges they both [full-court press and Malzahn's offense] present opponents are all the more challenging for their uniqueness."

He should have stopped there, because that's also where Gladwell's argument ends. It's solely about being different.

It's why service academies run the triple option. It's why under-talented teams used to use spread offenses to succeed and why that's not so much a viable option anymore. Gladwell's argument is simply this: don't try to beat the favorite at its own game.

If Gene Chizik's whole staff commits to it, Malzahn's offense will do quite well for itself. If enough talent comes in, it could turn the Tigers back into the Goliath they're  used to being instead of the David they were last season. There are some other advantages to a hurry up offense, and Jerry did a good job at pointing them out. However, if a defense prepares for them, they can be neutralized. Again: 24-14.

Cranking up the tempo works best against teams that prefer to go slower. However if Auburn tried to do that against Oklahoma next season, they'd get absolutely smoked. Following Gladwell's logic, it's better to run a slower, ball control-oriented offense against OU because it would take them out of their comfort zone.

The relative lack of practice time between games during the season means that different teams will hold an advantage, but once a noticeable amount of other teams decide to be different in that same way, the advantage is gone.

Pressing is no magic bullet. It is a good strategy for Auburn to embrace for now, but it's not because of anything inherent about pressing. It has everything to do with the fact that few other teams do it.

If you want to see the clearest possible example of this, try to track down a copy of The Harlem Globetrotters on Gilligan's Island.

Yes, it exists. No, it is even more cornball than you think it is.

In this preposterous movie, an evil scientist tries to take over the resort built on a post-rescue Gilligan's Island. Somehow, it comes down to a game between the scientist's basketball playing robots and the Globetrotters.

For the first half, the Globetrotters decide to go with a straight game of ball. It plays right into the robots' metallic hands and they are able to run up a seemingly insurmountable lead.

For the second half, the Globetrotters decide to play their trademarked style of game instead. The robots can't handle it because they weren't programmed to stop it, and the Globetrotters win the game and save the day.

When schemes are equal, talent will almost always win. When they're not, the underdog can prevail and with startling regularity. In other words, if you're not the favored team, adopt Adam Savage's favorite phrase as your motto: 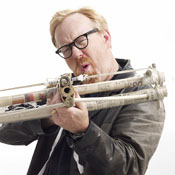 "I reject your reality and substitute my own."

It should be noted that the smartest Goliaths don't stand pat and let Davids sneak up on them and beat them. Just as Malzahn's uptempo offense could wreak havoc on a slower paced team, a team with a deliberate approach (like, I don't know, say... Alabama) could tailor its scheme to attack the weaknesses in Malzahn's plans.

With very few exceptions, there are no surprises in sports. Since everyone has so much film on everyone else (and if they don't, they will soon), surprise attacks are very difficult to pull off.

In the case of big mismatches, the underdog will not have a good shot if the favorite plans, prepares, and shows up ready. If the favorite believes it can win simply by arriving to the stadium on time, the underdog has a great chance (see: Ole Miss at Florida, 2008).

It's fun to examine what underdogs can do to win, but if the favorite knows what's coming and prepares, then the odds swing back dramatically over to the favorite.