Share All sharing options for: Online News and Blogs Didn't Kill the Newspapers

A recent post by Maize n’ Brew about the Ann Arbor News ending its printing operations got passed around the internet quite a bit, and it rightfully was featured on the front page of SBNation. It deals with a lot of wide ranging issues regarding the Internet, media, and the future of reporting.

It didn’t mention something that almost none of these kinds of articles say though.

You see, online news and blogs didn’t kill the newspapers. They pressured them of course, forcing them to adapt or diminish. However those two factors were not, and are not, the deathblow to the newspaper industry.

Print media largely "missed" the internet, but that was nothing special in the 1990s. In fact, it put you in pretty good company.

Microsoft itself missed the internet, shipping stock Windows 95 without networking or Internet Explorer. You had to install and expansion pack from a CD to get those. Bill Gates’ book The Road Ahead, published in 1995, was supposed to be a road map to the future of technology but it barely even mentioned the internet.

To Gates’ credit, he decided to reorganize his company and focus on the internet late in 1995, not long after his new operating system and book went on sale. It took well into this decade for Microsoft to really "get" the internet, but it had the twin cash cows of Windows and Office to buoy it until then.

The newspapers had plenty of chances to embrace the internet. In many ways they still haven’t, even as they roll out blogs for their columnists and beat writers. They had plenty of time to work out online news delivery while being buoyed by their own cash cow: classified ads.

Sites like Monster, AutoTrader, and more recently Craigslist have been gradually chipping away at the classified ads that newspapers once made so much money on. They’ve been around for a while now, and every percentage point of growth they had was a tick on the countdown clock to the end of the newspaper business model.

I take no joy in seeing newspapers founder. I read the Orlando Sentinel nearly everyday growing up, I still read newspapers online, and I’m one of the few bloggers who take care to italicize their names (as is proper) every time I reference them.

I didn’t mean to write this post as a way to discount online media and blogs. I mean, I write for blogs so it’s not in my interest to diminish them in stature. I only mean to point out, as a technologist and a bit of a pedant, that there’s more to the gradual demise of print media than just internet-based news and opinion.

I just think that if everyone understand the issue fully, we’ll all probably make a better way forward. 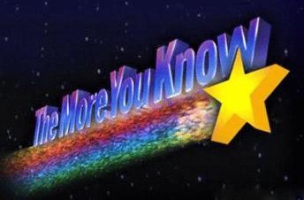